You are here: HomenextPlacesnextHampshirenextCombe, Hampshire 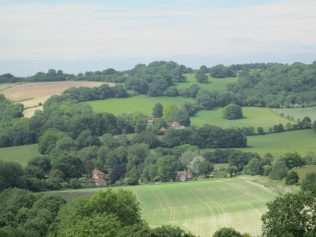 Thomas Russell records in his Record of Events in Primitive Methodism that throughout 1831 the work was concentrated in the villages in and around the Bourne valley, including Combe. Frequently the work would require travelling nearly 100 miles a week, preaching in eight or ten places, visiting a number of families every day, and leading classes.

Met Bro. Ride at Coombe, and spoke; we had a very mighty time at prayer; and one got powerfully awakened while I was preaching. I had missioned this place a little while before.

I have not read of a chapel ever being built at Combe: meetings would have been in the open air or in cottages. The photograph shows the village as it is today.