You are here: HomenextPlacesnextHampshirenextHurstbourne Priors, Hampshire

also known as Down Hurstbourne 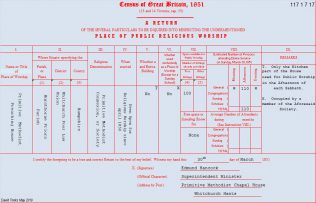 Travelling preacher Elizabeth Smith began her ministry in Hampshire in 1830. She left Brinkworth in Wiltshire and worked her way down the valley of the Bourne, which flows into the Test below Hurstbourne Priors, and established a society first at Faccombe: “several were converted there the first quarter, and a society formed,” says the Primitive Methodist Magazine, 1837. She composed a long hymn containing the lines:

In 1832 Elizabeth Smith was sent to Micheldever. The work flourished. At the March 1835 quarter day the Micheldever branch was made into a separate circuit with 269 members, three travelling preachers and twenty-seven local preachers. The circuit included Hurstbourne Priors. Edmund Hancock reported in March 1851 that the Lord had been pouring out his Spirit upon them for several weeks past, to the conversion of many sinful people. Extra services had been held. Local members and “our praying host” cooperated heartily in the work, “and the revival flame is still burning.” More than thirty people had professed faith at four places, including Hurstbourne Priors.

Later Hurstbourne Priors became part of the Basingstoke Circuit . The circuit account book for June 1851 lists its membership as 20 full members and 10 on trial.