You are here: HomenextPlacesnextHampshirenextNewnham, Hampshire

and help from a publican 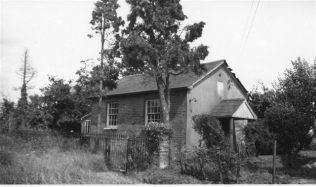 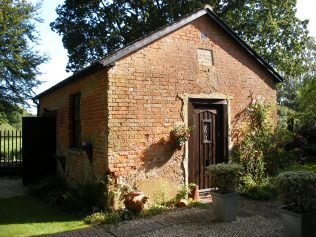 zoom
courtesy of the present owner, 2012 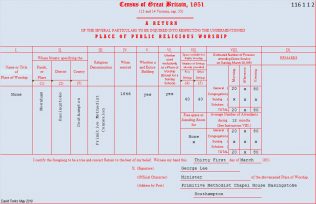 It was some time in the mid 1830s that Newnham was first visited by the Primitive Methodists. They were not pelted with stones or other missiles, as they were at some places in Hampshire, but they did meet many discouragements. For years they used the village green as a preaching place in the summer, but few persons listened, and those who did did so from their own doors.

The work was given up, but the Circuit (Mitcheldever) planned to renew the effort in the spring of 1843, and “a spirit of hearing was poured upon the people”.

A member from elsewhere in the Circuit moved to Newnham, where he rented a large house and opened a grocer’s shop. Attached to his premises was an old, dilapidated stable, which the Primitive Methodists fitted up as a comfortable preaching room at a cost of £11 or £12 provided by members and friends. This was soon filled with attentive hearers, and a society was formed, which flourished for a while.

Then they were obliged to worship once more in the open air, or to pay 1/6 a week as rent for the preaching room. They rented it for ten weeks, and then again had to leave and meet in the small cottage of one of the members. Opposition increased, and two weeks later they were back in the open air, even when the weather was cold and inclement. Preachers were held up to scorn, and made the butt of ridicule and sarcasm. Their characters were widely denigrated.

The people cried mightily to God for deliverance, and it became possible once more to rent the old preaching room at a cost of one shilling a week. But even then they felt that their freedom to occupy it could easily come once more to an end. Fervent prayer was offered day and night for a plot of freehold land, in answer to which a publican sold them six perches of land, on which a chapel was opened and drew large congregations.