You are here: HomenextPlacesnextLancashirenextSummit: Concerning Summit 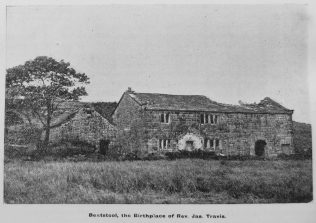 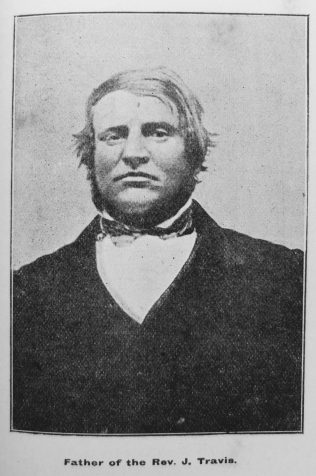 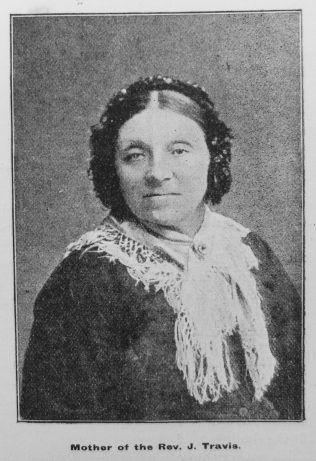 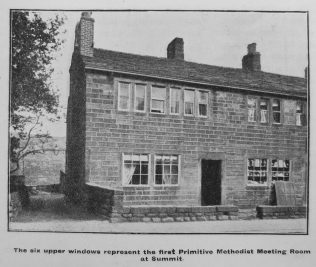 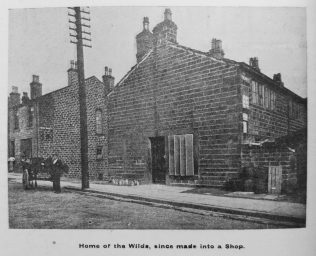 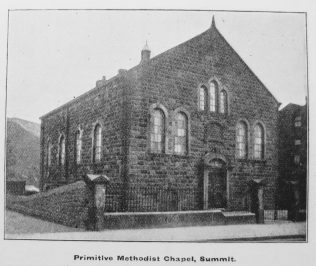 Transcription of Article in the Primitive Methodist Magazine by J.P. Mossop

THE village of Summit, on the Lancashire side of the Pennine range, about five miles northeast of Rochdale, has little to boast of by way of natural beauty. Yet it may well be proud of the account which it has given of itself in our Connexional life, by way of furnishing our ministry with men whose sterling worth, strength of character, and marked individuality have become the admiration of our churches. In verification of this we need but mention the name of John Slater, who served so well his Church and generation, and has so lately been gathered, by the Great Master, to his reward.

Barnabas Wild, whose name, in the north, has been for many years a household word, and who, after a successful ministry, is now in retirement at Tranent, in Scotland, overlooking the Firth of Forth, and our prayer is that his latter years may be full of calm and restfulness till he enters that land where there is “no more sea.”

Others we might mention, as Abraham Sagar, also John Schofield, Abraham Schofield and Dr. Wild. The latter three wielded a powerful influence in the American ministry. But no doubt the one conspicuous personality is James Travis, who has for 43 years so actively and honourably served in the ministry of our Church, his services having commanded the highest honours and distinctions within the gift of our Connexion. And still further, God has called upon all the “Evangelical Free Churches” of our country to honour him with the highest position within their possession, namely, the Presidency of “The National Free Church Council.”

And their confidence will never be better placed, and never more faithfully honoured. Members of that historic gathering at Brighton were not more impressed by the augustness of the Council than by the unassuming ability and quiet strength of its President.

It was during a mission at Summit, conducted by the Rev. John Standrin, then superintendent of the Knowlwood circuit, that a number of young men were brought to Christ, amongst whom were the three we have particularized. Also Reuben Wild, Robert Crossley, Thomas Hargreaves, and Edward Butterworth, and though these did not enter the ranks of the regular ministry, they have a fine record of work done – and their names are like ointment poured out.

Reuben and his father, “Ould Joseph” Wild missioned and established a society at Croft, a hamlet in an out-of-the-way place up the hills on the opposite side of the valley, and became responsible for the rent of the room till it was taken over by the Knowlwood circuit.

And Reuben’s active interest in this society, as class leader and worker, never diminished till the summons to higher service came. It is now known as Greenhill society, they having built a chapel at the foot of the hill, and have just celebrated their Jubilee; they may now fairly claim to be one of the most vigorous societies in the Littleborough circuit.

Robert Crossley, or “Ould Robert” as he was called, after much service at Summit, and full of years, was called higher. Referring to those of his early associates who had entered the ministry, he used to say: “They looked after their books, while I looked after a wife – hence the difference in the direction of our lives.”

Edward Butterworth became one of the strongest personalities in the Littleborough circuit, and a few years ago, amid much sorrow, devout men carried him to the burial.

Of that particular revival, so far as we know, only two remain with us. James Travis and Barnabas Wild.

The room in which this mission took place consisted of two hand-loom weaving lofts, back and front, thrown into one, and was entered by an outside stone staircase at the back of the building, of which nothing now remains.

“But the steps were well worn,” said a person to me. Ah! what does that mean? Not merely the tramp of feet, but the pressing of souls to the altar of God. Often weary, toil-crushed, care-worn, they came to lay their burden upon Him who careth for us all.

There were some big souls in that old room, perhaps in some cases severely Puritanic, yet true to their life purpose as is the polarized needle to the north. Men, who with the iron pen of action guided by the hand of strong resolution, have written out their lives in deeds that live.

What though “Ould Joseph” Wild might hold up his hands in pious horror and refuse to remain in the field where the Sunday school treat was being held because some of the children dared to play with a ball. It might be that even that spirit is preferable to the liberties too often taken with sacred things in our day.

As I stood near to the shop which has swallowed up the two cottages, one of which occupied by the Wilds, an aged person said: “Do you know Barnabas Wild? You do! Well look there, that is the mouth of Summit tunnel. See that piece of level ground on the top? Well, that was a tip for refuse when I was a lad. Well, Barnabas, after he joined t’chapel, took to rising between 4 and 5 o’clock in the mornings and walking back and forward on that ground nearly scaring the wits out of folk coming to work, because you see there was a ghost story about that spot.” “O yes, my friend, I know Mr. Wild, and though he is not likely to become a Sandow, still I don‘t think that even in those early hours of meditation and communion he had any desire to become a ghost, though perhaps by timid ones unwittingly mistaken for one”

The farm house in which Mr. Travis was born, which bears the name of “Bentstool,” is far up the mountain side, bordering upon the moorland, and as I stood in that lonely spot, inhaling the untainted mountain air, I could not wonder that the child of such an atmosphere should scorn narrowness and bigotry, and become a champion for liberty.

The old farm house is fast falling into ruins, and the fine tree shadowing the end of the buildings is the only thing of life and beauty in the whole scene.

I could not refrain from repeating to myself the words of Alan Reid as he represents the Scot, after years of absence, visiting his “Hieland Hame” – so full of tenderest memories, hence the pathos.
“But the wa’s were doun, and the winds had gane
In their wanton sweep, owre’ the cauld hearthstane;
And my heart grew sair wi’ a dridder o’ pain,
That the hame o’ my birth I wad niver ken:
There waana a biggin’ that aim could see,
Just a wee mound left, and the auld Gean tree.”

So I could quite imagine our friend reflecting upon the changed aspect of his mountain home. If, indeed, he is not too strong for such sentiment.

At the foot of the hills, not far from the high road, is “Lower Chelburne,” the house in which the Travis family next lived, and which must ever be associated in the mind of Mr. Travis with his early efforts in mental culture – for some of the old people still speak of his book-wormishness even in those early days, and how that they could so often see the light of the candle in his bedroom till late hours in the night.

The smaller part of the house at Lower Chelburne, was occupied by a woman known as “Ould Grace,” one of those souls so full of public service, formerly found in nearly every village, but now fast vanishing.

Eventually the whole building was occupied by the Travis family, and from this home, part of which is now a common lodging house, James went forth into the ministry.

Although his father was not a member of our Society, he took a deep interest in his son’s improvement, purchasing for him all necessary books, and sometimes unnecessary ones, for I am told that on one occasion he bought, at a sale, a whole library, and brought them home in the cart for James.

When the rare gifts of his son were but discovering themselves the father would speak with pride about him, and make rather venturesome comparisons, the correctness of which time, however, has verified.

In wandering through Summit, with such names in our mind as we have mentioned, we were forcefully reminded of what someone has said that “One would think that the law of society as of the sea is that the biggest fishes swim nearest the bottom.” This brief article we offer as another tribute to the part played by village Methodism in the development of our Connexional life.