You are here: HomenextPlacesnextLancashirenextHaslingden Circuit, Lancashire 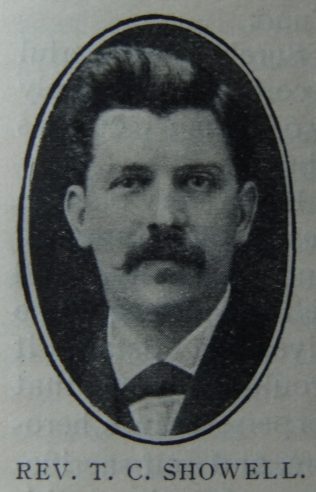 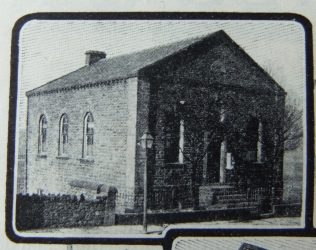 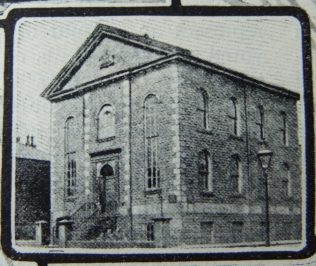 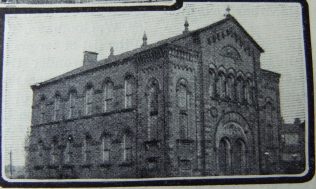 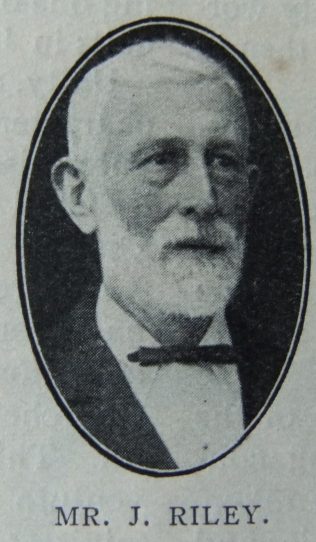 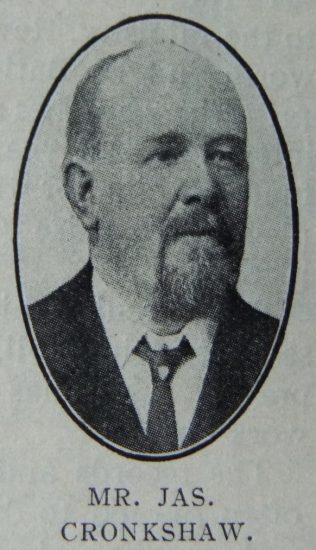 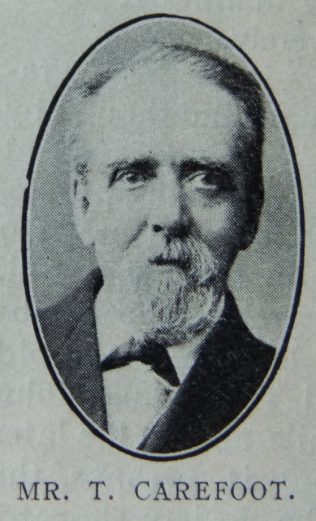 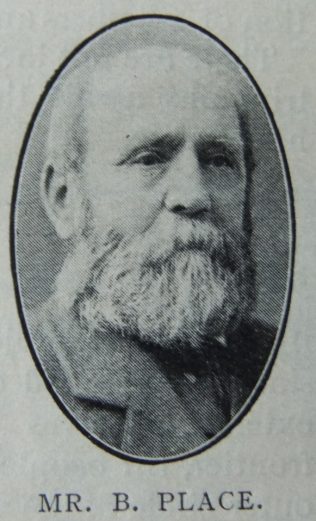 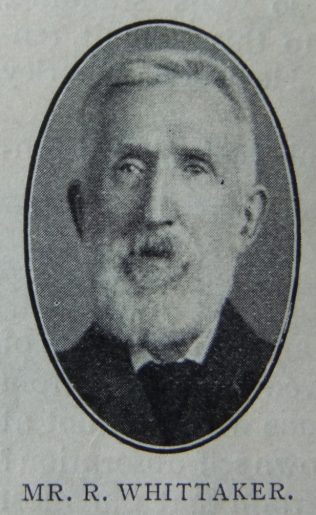 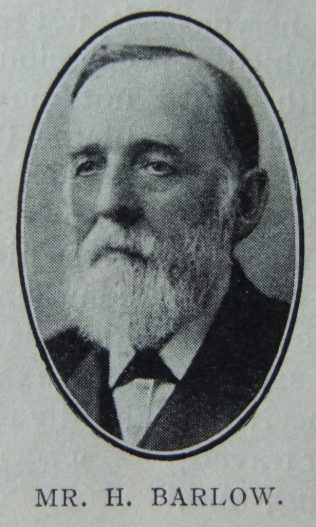 Transcription of article in the Christian Messenger by Rev. T.C. Showell

LANCASHIRE is generally regarded as a stronghold of Primitive Methodism, and probably in no part of this busy industrial county has our Church exercised a greater influence for good in the lives of the people than in this North Eastern District.

This is especially true of the famous Rossendale Valley.

Three Circuits, numbering 721 members, Bacup, Helenshore and Haslingden, serve the valley, the latter being probably the oldest and strongest, while Helenshore is an off-shoot of Haslingden.

It is said that the first Primitive. Methodist preachers raised the standard in Haslingden before 1820. They hailed from Blackburn. It is certain that in 1824 a Society was established and was attached to the Blackburn Circuit. Considerable growth must have taken place during these early years – Haslingden became a separate Circuit in 1837, Rev C. Hallam (father of John Hallam) being then the minister at Haslingden. The Circuit was divided in 1866, and Helenshore with Crawshawbooth and Hareholme became a separate Circuit.

The old parent Circuit, however, held on its way and retained its early aggressive spirit, and to-day numbers three places: Haslingden (Grane Road) Rawtenstall (Lord Street) and Townsend Fold – with a membership of 285, scholars, 831, teachers, 130, and Circuit property consisting of three chapels and schools, and a manse, the whole valued at £10,580 with a total debt of less than £800.

These figures speak for themselves. They represent an amount of self-sacrifice and devoted toil, the details of which form one of the many “romances” of our Zion. The Circuit has been favoured by having among its ministers men whose names are well known throughout the Connexion, some of whom have filled Connexional offices and the Presidential chair.

Such names as Jas. Macpherson (who “travelled” the Circuit twice), W. Antliffe, T. Hindley, W. Goodman, T. H. Hunt, are to be found in the list of former Superintendent ministers.

Small wonder that with such leaders as these, and others not less devoted, supported by a succession of able, self-sacrificing and godly officials, the Circuit has prospered, and has come to be regarded as one of the best in the Manchester District.

The complete story of each church in the Circuit would occupy pages, but a few facts must be given.

HASLINGDEN.- The first building in which our people worshipped was really a stable and hayloft.

In 1831, the first chapel was built at a cost of £300. A few years later – the cause prospering – an enlargement took place and a preacher’s cottage was added at a cost of £363. These were big ventures then for a small church and meant great sacrifices on the part of the faithful few.

But the good work prospered. Many trophies of grace were won, and some of the officials to-day were converted in the old place.

In the early seventies it became evident that new and larger premises would have to be built, and a building fund was formed. Land was purchased in Grane Road at a cost of over £500, and in 1878 building operations were commenced. It was intended that the whole scheme should not cost more than £5,000, but the total cost, including land, reached £6,200.

Extraordinary difficulties were met with and faced bravely.

The land was of such a nature that it seemed at first as though the scheme would have to be abandoned. Scores of tons of stone and concrete had to be sunk before a solid foundation could be secured.

In this work the men of the church gave splendid assistance, devoting their spare hours to this task. It was heartbreaking and disappointing work, but led on by their minister, Rev. E. Newsome, who heroically stood by the scheme, these men knew not defeat, and at last, after two years, the building was finished, and amid great rejoicing was opened. But a £4,000 debt remained, and it seemed to many that even now disaster would overtake the church. At one time writs were issued to the Trustees, and these faithful men were in danger of being sold up, but the church doggedly tackled the huge debt, until in 1901, under the energetic superintendency of Rev. S.L. George, the last thousand guineas were paid of, and the splendid property was free from debt. this, without a penny from any Connexional Fund.

Surely a wonderful record for a purely working-class church.

If the story of these years of struggling and difficulty, and self-sacrifice could be given in detail, It would be seen that for perseverance, heroism, and self-sacrificing devotion, this church can hardly have been surpassed by any church in Primitive Methodism. Two of the old band of Trustees are with us still – John Cronkshaw and Henry Barlow – the latter being the school superintendent and a local preacher.

Sons and daughters and grandchildren of some of the others are workers and scholars.

In one unique case – James Cronkshaw – we have with us to-day no less than six sons and one daughter besides grandchildren. James being a Circuit Steward, Richard a Society steward, Robert Henry, Class leader, while the others are useful workers in other departments of the church.

Other families there are whose loyalty and devotion are deserving of all praise, and whose connection with the church in most cases dates back from early days, have their representatives to-day in the official life of the church. The mention of such names as Barlow, Warburton, Taylor, Riley, Elton, Hoyle, Barnes, Heywood, Schofield, and others suggest present day devoted service.

The church and school property to-day is valued at £7,350.

Among its other institutions are the Class meetings, band of Hope, and Temperance Society, C.E. and men’s meeting, the latter being a vigorous evangelistic meeting for men only, held weekly in the “Upper Room,” and well attended. The church is noted for its evangelistic zeal. Some of the grandest revival scenes ever witnessed in the valley have been witnessed here.

The church still retains her early fervour. Her warmth and power in the singing and praying and preaching. Her best days are not all in the past.

RAWTENSTALL (Lord St.) – There is some uncertainty about the beginnings of this church, but there is evidence of a society being formed in the early thirties, though for some years it seems to have been subject to much fluctuation.

Several mission rooms were occupied in turn, with fairly satisfactory results until in 1859, under the superintendency of Rev. George Kidd, a Building Fund was inaugurated, and in 1861 the present chapel and schools were opened, the scheme costing £1,850. Subsequent improvements raised the cost to £2,400, and £1,540 remained as debt – a crushing burden for a small church.

By persistent effort and generous giving this debt was reduced until in 1883 it stood at £700. At this figure it remained for some years, but the last few years have witnessed a gradual reduction. To-day it is £193, and it is expected that by the close of the Centenary period the debt will be extinguished. Our membership here is 67. The school numbers over 2000 scholars, with 30 teachers, with a Band of Hope and other Temperance organisations. Besides the usual classes there is a vigorous C.E. Society.

Subject to considerable change in its official life, this church has ebbed and ?owed, but to-day it is, perhaps, as strong and enterprising as at any period of its history. It is well staffed by an earnest, vigorous body of officials, and is gradually strengthening its position.

Among others who are worthy of mention, Robert Whittaker, and Benjamin Place, stand out most prominently. The former, a veteran over 70 years of age, a Class leader, and Adult Bible-class teacher, the latter a School superintendent, Class leader, and a Circuit steward. Both these brethren are highly esteemed, and have for many years, in storm and calm, stood by, and faithfully served this church.

TOWNSEND FOLD.- Smallest in size, but, in its own judgment, by no means the least important of the  three churches comprising the Circuit-—this church serves an outlying district Of the Rawtenstall Borough.

It was missioned about 70 years ago, and for some years the little Society worshipped in a rented room at Balladin, then in Lower Clowes.

The present chapel, with schoolroom underneath, was built in 1868, and cost £900. The debt, when finished was £690. Since that time, however, a good sum of money has been spent on the building, and to the credit of the little Church, let it be said the church is now nearly debtless.

For some years after the opening of the chapel, the Society was in a flourishing condition, every seat in the chapel being taken. Then, owing to the stoppage of quarries and works in the district, many families removed and our church suffered severely.

During the last few years, it has been gradually recovering lost ground, and though by no means strong, yet it is doing excellent work, particularly amongst the young people. Its membership is 27, while there are 130 scholars and 19 teachers on the school roll.

Like Rawtenstall, the church has been subject to many changes, and but few of the old veterans remain. Edward Taylor and John Berry are still with us, while among the later workers, Thomas Carefoot is, perhaps, the most prominent. He is the Society steward, and a local preacher of 40 years‘ standing, and prior to his removal to this Circuit, rendered yeoman service in Heywood, Chorley and other Circuits.

This briefly is a recital of the facts concerning one of the oldest and most vigorous Circuits in Lancashire.

Unity, aggressiveness and evangelical zeal characterise each church to-day. A spirit of enterprise and hopefulness prevails. There is life and vigour and faith throughout the Circuit.

A Hired Local Preacher, Mr. J. W. Jefferson has been engaged for a time to give special attention to Rawtenstall and Townsend Fold Churches, and the venture is proving successful. This is probably a prelude to a bigger venture still, the calling out of a second minister.

During recent years the Circuit has sent into the ministry, Revs. J.H. Hindle, J.A. Ashworth and W. Barlow. In missionary enterprise the churches are becoming increasingly interested, last year raising £60 for the two funds – while for the Centenary Fund it is pledged to raise £675, and will honour its pledge.

The Circuit’s history is a record of hard self-sacrificing toil, allied to much faith and prayer. God has wonderfully blessed the work done.

The records and triumphs of the past are often quoted to-day, with pardonable pride, and serve as an impetus to the present generation of members and workers.

There are not lacking signs that still greater triumphs await this historic Circuit in the near future.