You are here: HomenextPlacesnextLancashirenextMerseyside: Primitive Methodism on Merseyside 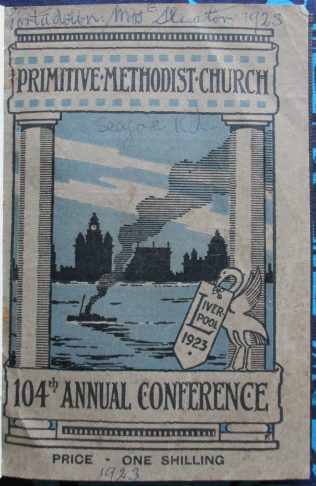 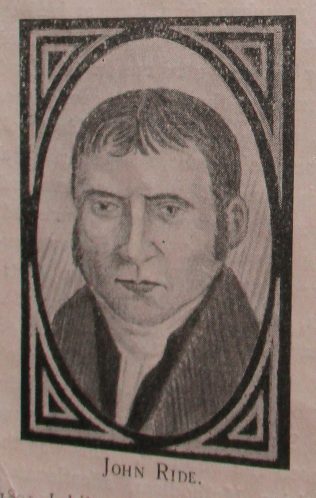 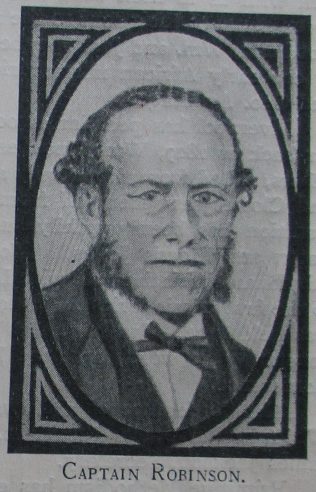 The first Primitive Methodist voice heard in Liverpool was none other than that of William Clowes who, visiting an old friend in 1812 found occasion to preach in the open air near “The Theatre.”  This was an isolated effort however and our real beginnings date from 1821 when John Ride arrived on the authority of the Burland branch was confined in the Bridewell for preaching in the streets and released, so tradition says, through the good offices of Dr Adam Clarke, the expositor then stationed in Liverpool.  Ride’s work was followed  up by James Roles. whose dramatic arrival from Runcorn by way of the river is narrated by the Connexional historian.  He preached twice in the open air on Sunday June 3rd and remained a fortnight, being succeeded by another Burland missionary, J Platt.  The first class of seven members was formed on June 17th and a room was used for worship in Upper Dawson Street, behind St John’s market.  In January 1922 James Bonser was appointed to Liverpool and soon after we entered into part occupation of the Swedenborgian chapel in Maguire Street.  Eventually we became whole tenants and in 1828 purchased the building.  This was the parent church of Liverpool Primitive Methodism, affectionately known as “Old Mother Maguire” and “The Glory Hole.”  It was relinquished in 1864.

Liverpool became a circuit between the Conferences of 1823 and 1824, and in 1829 143 members were reported.  New chapels were opened in 1834 at Mount Pleasant, Prince William Street (acquired from the Methodist New Connexion) and at Bebington in the Cheshire Wirral.  The Mount Pleasant chapel was presently by new premises in Walnut Street.  A plan of 1849 shows societies at Liscard, Birkenhead, Prescot, Lime Kiln Lane, Bootle, Garston  and Wallasey.  A little later a “Seamen’s chapel” was purchased in Rathbone Street, superseding the Walnut Street chapel.  Sir Hall Caine and his family attended the services here.

Such, in brief outline, were the beginnings which have produced the seven Merseyside circuits of to-day.  Rathbone Street was the parent of Princes’ Avenue, commenced  in 1877ybder the ministry of D.T. Maylott and completed in 1886.  The present Palmerston Street church is the heritor of mission rooms in Goulden Street and Holden Street.  The tradition of “Mother Maguire” persists in the second of to-day.  Boundary Street church (formerly Croston Street) was built in 1860 and rebuilt in 1888.  It still numbers among its members one or two who came from the mother church.  It is the distinction of Boundary Street that both Captain Robinson of the Elgica and ship’s carpenter Hands who were instrumental in the beginnings of our African Missions were members there.  Hilberry Avenue, Tue Brook, dates form 1873 when it replaced a meeting house in Green Lane, so that this Conference year marks its jubilee.

The third circuit has in part  side origin.  In 1864 five mission halls were taken over from a Mr Geo Pennell, their founder, a prosperous merchant of Wesleyan antecedents.  These were amalgamated with two mission belonging to the then First Circuit, Farnworth Hall and Gill Street.  The circuit thus formed crystallised into Richmond Hall, Kilshaw Street, Burlington Street and Benledi Street.  These were days of vigorous evangelism and two noted ”Revival Bands” flourished on the circuit, one of which even compiled a hymn book of its own.  Richmond Hall was sold in 1873 and the Everton Road church was erected in its place.  In 1891 Jubilee Drive Church replaced Kilshaw Street.  “Zion” (Northumberland Terrace) succeeded Burlington Street early in the circuit’s history.  Morris Jones, recently translated, who was the soul of Zion came from the original Gill Street mission.  Benledi Street was eventually closed.

Bootle dates back to 1849.  The society first met in the house of a Mr Hughes, Mersey View, until in 1864 Sheridan Place chapel was acquired from the Wesleyans.  The present church in Queen’s Road was built in 1884, the late Sir W.P. Hartley, who was organist at Sheridan Place, being primarily responsible.  Waterloo originated in the ’sixties, the premises in Albert Road dating from 1809.  The fourth circuit was formed from the Second in 1891.

Walton is the elder society of the fifth circuit, though Aintree is senior in the circuit.  It originated from Boundary Street and after meeting in Walton College and later in the County Hall, the premises in Church Road West were erected in 1899.  Aintree owes its origin to the removal thither of Sir W.P. Hartley’s works in 1891.  The school-church in Longmoor Lane was built in 1892, Sir William giving the land and a large portion of the cost of building.  Walton was united to Aintree in 1905.

In Birkenhead and district we have two strong circuits.  Their history looks back to 1850-52 and the first sanctuary was an earthen floored smithy in Beckwith Street.  There is still a cause on the site, the church having been built in 1880.  Grange Road, the head of the First Circuit, was opened in 1869; it is the successor of Camperdown Street, which in its day superseded an old Friends Meeting House in Hemingford Street.  The little church at West Kirby dates from 1880.  Seacombe is a church with a future.  The first church was erected in 1868 and the present school-church in 1907.  It has a membership of over 300 and nearly 600 scholars and the main church building is being anticipated.  The Second Circuit  which was created in 1895 has a vigorous centre at Mount Tabor with over 300 members.  This church was built in 1879.  New Ferry church dates as recently as 1913 and was mainly due to the initiative of Councillor and Mrs Henry Speed.  Like Mount Tabor, it is debtless.  Poulton is a farmhouse society of over 70 years’ standing and Irby is an iron church, distinguished by a tablet to one of its scholars, Frank Lester, who gained the V.C. in the late War.

Merseyside Primitive Methodism has been fostered by many outstanding ministers, of whom may be mentioned James Garner, Wm. Wilkinson, James Macpherson, James Travis, James Jackson, T.H. Hunt, Robert Jones, John Hallam, J Dodd Jackson, J Day Thompson, Dr. A.T. Guttery, M.T. Pickering, and of those still living, James Watkin, H.J. Pickering and the retiring President who is spending a second term on the First Circuit.  Of the faithful laity time would fail us to tell.  Names such as Corfield, Thomas, Caton, Woodhall, Povey, Maddrell, Jennings, Armitage, Tharme, Davies, Hetherington, Kinnish, Payne, Meredith, Bricknell, Bellis, Rowland – and many others – are fragrant in memory, and many are still with us in their sons and grandsons.  The circuits have also given many of their sons to the ministry, amongst the number Wm. Goodman, Wm. and  Jas. Shepherd, F.E. Heape, Wm. Holland (one of our early African missionaries), Prof A.L. Humphries M.A. and Geo Armitage.

Liverpool has particular associations with the mission field.  As far back as 1829 Wm. Knowles, a Liverpool circuit minister, with others sailed from the Mersey as missionaries to the United States, and Clowes saw them off from the Landing Stage.  That Clowes tradition was been worthily sustained by Samuel Povey, James Caton and Morris Jones.  Not only does the honour of African missionary initiative rest with Liverpool but the valedictory service to the first missionaries to Fernando Po, Messrs. Burnett and Rowe, was held here.  Two vigorous Women’s Missionary Auxiliaries are constantly at work and the ladies have big designs for this Conference.

The conference of 1888 was held in the city with Thomas Whittaker as President, Henry Adams Vice President and James Jackson, Secretary.

Primitive Methodism has exercised a steady and faithful ministry in the Liverpool area and has produced men and women who have brought the force of their Christian character to bear on many points in the public life of the community.  Progress however has never hitherto been of a phenomenal character.  We refuse to regard this as prophetic and our prayers and thoughts are for advance.  We hope much from the spiritual influence and impulse of this Conference and pray that if may herald great triumphs for the Kingdom of our Lord both in our own circuits and throughout the church we love.