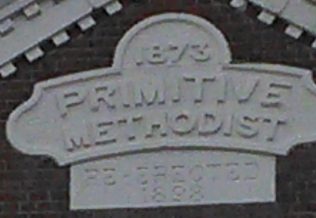 What happened to them?  Which chapels are still active?  What evidence of the others can still be found?

Can you tell more about each one?  Follow the links to the page for each chapel already on the site.  Add your comments here or on the individual page.

CHAPELS REFERRED TO IN OTHER SOURCES

A Souvenir of the Centenary of Primitive Methodism in Leicester March 1918, published by The organising committee for the centenary commemorations.

Laine J. (2007) Methodism in and around Leicester  Dover Reprint