You are here: HomenextPlacesnextLincolnshirenextEpworth Circuit, Lincolnshire 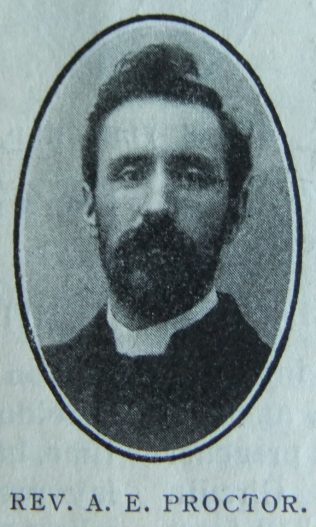 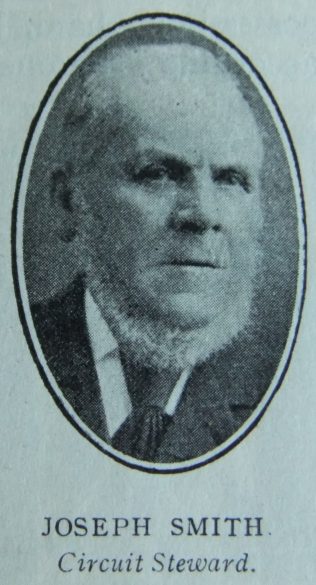 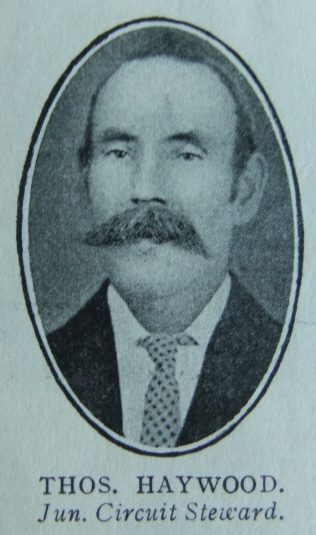 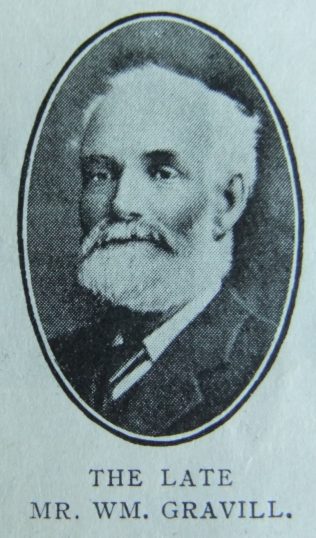 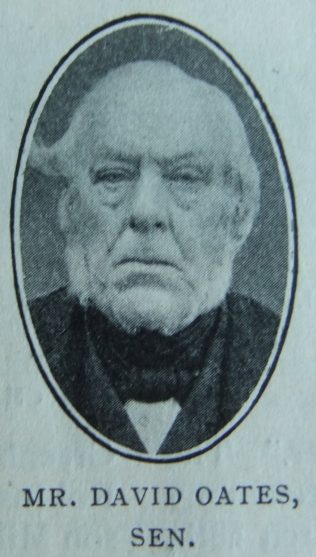 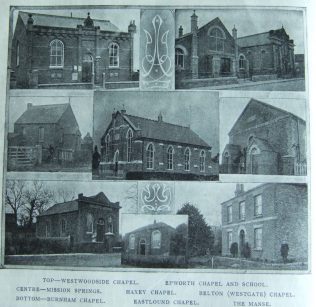 Transcription of Article in the Christian Messenger by A. E. Proctor

THE Isle of Axholme is situate at the north-western extremity of the county of Lincoln. Under the Saxons it formed the northern limit of the large kingdom of Mercia, and was at that time little more than a swampy marsh. At the present, owing to the operations of embanking and draining, it is one of the most fertile and healthy spots in the kingdom. The salubrity of the air is undoubted, and the longevity of the inhabitants is remarkable.

Epworth is in the centre of the Isle of Axholme, eleven miles north-west of the town of  Gainsborough, three and a half miles west of the river Trent, six miles south of Crowle, and seventeen east of Doncaster. In the Doomsday Book the town is called Epewide. ‘Heape,’ in Saxon, means “raised ground,” “a little hill; ”wide” signifies “ farm.” Heapewide, Epwide, or Epworth, signifies therefore, the hill-farm, or the farm on therising ground, a very appropriate designation. The population of the town is a little under 2,000, and, though small in size, it is known as the metropolis of the Isle. It has a neat and clean looking market place, approached by four streets, of which that from the west is nearly two miles in length, and consists chiefly of detached houses, each having its garden and small enclosure. A few centuries ago the chief trade consisted in the dressing of flax and hemp, and the manufacture of sacking, canvas, wool sheets, and other heavy linen goods. This trade having declined, the town is now chiefly supported by agriculture, which, by persevering industry and skill, has been brought to such a state of perfection in the district that it is not improperly called “the garden of Lincolnshire,” its fruit trees in full blossom in the spring, the full glory of the flower-filled gardens in the summer, and Its surrounding fields and hills covered with golden harvests in the autumn, being indeed pretty sights to behold.

The historical and religious associations of Epworth are famous. It is the resort of pilgrims who come in great numbers, especially from America. During the summer special trips are run from the great centres, and the little station on the Isle of Axholme Light Railway and in the centre of the town presents an animated scene as it deposits its freights of passengers, bent on visiting this Mecca of Methodism, the classic place where the immortal Wesleys breathed their native air, and the home of  Alexander Kilham, founder of the Methodist New Connexion now forming part of the United Methodist Church. Rev. Samuel Wesley was rector of Epworth thirty-nine years, and here for a time John Wesley assisted his father as curate. The ancient church is dedicated to St. Andrew. In the churchyard is Samuel Wesley’s gravestone bearing the well known inscription, and standing upon which his son John preached when excluded from the church. The Wesley Centenary Memorial Church is a handsome block of buildings covering about an acre of land. It has extensive and well kept grounds with a magnificent frontage in the High St. The whole, including minister’s manse, and caretaker’s house, was erected at a cost of £7,000, and is free of debt. The Kilham Memorial Church stands on the opposite side of the street, a splendid building in the Decorated or best period of Gothic architecture. Still further down and in the Same street is our own Church with school adjoinng and, but a short distance away, the Baptist Church, while at the extreme west end is a small Mission church belonging to the Establishment. Thus it will be seen that in the town there are six commodious places of worship. Each church has its resident minister, an excellent fraternal spirit prevails, and quite recently a Free Church Council has been formed. A brief reference must also be made to the Rectory, famous as being the scene of the great fire from which John Wesley was rescued at the age of six; also the old cross in the centre of market-place, upon the steps of which at early mom or dewy eve the modern St. Paul proclaimed the riches of the Gospel. The world was his parish and his father’s tombstone or market-cross served equally for a pulpit when he was shut out of churches.

Epworth was originally upon the Sotter Circuit plan. When it became a Circuit it included what is now the Crowle station. At the Conference of 1877 the Circuit was divided, and Epworth was left a small and compact station with Rev. Thomas Lowe as its first superintendent.

The old Epworth chapel was built in 1821 and was the scene of the labours of many of the pioneer ministers of the Connexion. The Rev. John Garner was interred near the pulpit of this old and revered sanctuary. The present chapel was erected in 1883 under the energetic and successful ministry of Rev. M. B. Stamp, and is a substantial and attractive building which reflects credit upon the denomination. A new school was erected in 1910 upon the site of the old chapel. The debt upon the property is £515.

About a mile from Epworth is Low Burnham, where we have a good chapel. This hamlet only contains about 100 inhabitants, and is remarkable as being the birthplace of no less than five Primitive Methodist ministers, one of whom became President of the Conference. The name of these distinguished ministers are: The Rev. Thos. Whitehead, the late Rev. Geo. Whitehead, the late Rev. John Ducker, the late Venerable Robert Ducker, and the Rev. Geo. Ayre, now of Aliwal North, South Africa. Happily the chapel, now of small membership, is free of debt, the Rev.

Thos. Whitehead who is a trustee having generously given some twelve, years ago to the writer of this article a cheque for £40 to clear the mortgage remaining upon the property.

At Belton (Westgate) we have a good chapel, seating 250, the remaining few pounds of debt it is expected to wipe out this year. Mission Springs chapel, a small outpost some eight miles away, is debtless; as is also Wroot, where, unfortunately for many years we have found great difficulty in keeping the cause alive, although in the earlier days of the Connexion it was one of the most prosperous and remarkable societies in the Circuit. Eastlound chapel was built in 1862, has seating accommodation for 100 and a debt of £65.

Westwoodside is a prosperous village society, where it is no unusual thing to see the chapel full at the ordinary Sunday night service, a great proportion of the congregation being composed of young people. Mr. David Oates, Sen., the oldest member in the Circuit, belongs to this society. He is one of the finest types of old-time Primitive Methodism, and although eighty-seven years of age, can lead a congregation in holy song, attends his class at nine o’clock on the Sunday morning, and is most constant and regular at week-night services and prayer meetings. The chapel and school cost nearly £400, of which only £50 remains as debt.

Haxey is a new chapel, recently built at a cost of £1,150. A debt of £535 remains, £50 having been paid off during the last fifteen months. Mr. Henry Gilding, a native of this village and now of Liverpool, generously placed a memorial window in the church “to the sweet and fragrant memory of his saintly wife, Sarah Gilding . . . as an everlasting testimony to the bene?cent virtues and influences exercised by her through the possession and practice of true Christianity, according to the spirit and teaching of the Master.” The window cost £110, the unveiling ceremony taking place on Easter Monday, March 28th, 1910.

The minister’s manse is Circuit property, and is a fairly desirable residence, with garden attached. The recent addition of a good water supply has greatly added to its value and convenience.

Amongst the ministers who have travelled this Circuit while it was connected with Scotter and since it became separated, and who now rest from their labours, may be mentioned the Revs Jacob Dawson, William Luddington, George Lamb, Robert Langham, Jonathan Ratcliffe, William Sanderson, Samule Deane, Joseph Toulson, Thomas Greenbury, John Garner, George Watson, Robinson Cheesman, Edward Morris, Parkinson Milsom, William Jones, Thomas Kendall, James R. Parkinson, and others the perusal of whose signatures in the Circuit books traced as far back as 1835, bring sacred and reverent feelings towards the saintly men of old.

The present minister is well acquainted with the Circuit, being upon his second term, making seven years upon the ground, and can speak well of the officials and members, who are, on the whole, kind and considerate, and not difficult to work with.

In the the “New History of Methodism” we read of John Wesley that “he carried Epworth about with him to the end of his days.” The late Dr. Morley Punshon said: “Since the days of St. Paul the world has not felt the power of a man more noble or greater than he.” There is a remarkable picture of Epworth in which an angel hovers over the town with outstretched wings. Bethlehem Ephratah was little among the thousands of Judah, yet out of it came forth a Ruler in Israel. And from Epworth, in its quiet seclusion and comparative obscurity, the greatest of modern apostles spoke to the world. When the eternal sunlight flashed upon him and he was translated from his sphere of earthly toil, he left behind him, in the societies he had founded, 80,000 members, 1,000 local preachers, and 300 itinerant preachers. One hundred years after his death, when his magnificent memorial was erected in Epworth, the adherents of Methodism were numbered by millions. We may well adopt Wesley’s own language and exclaim:
“Who, I ask in amaze, hath begotten me these,
And inquire from what quarter they came?
My full heart it replies, they are born from the skies,
And gives glory to God and the Lamb.”