You are here: HomenextPlacesnextLincolnshirenextMission Car in the Villages of Lincolnshire

Mission Car in the Villages of Lincolnshire 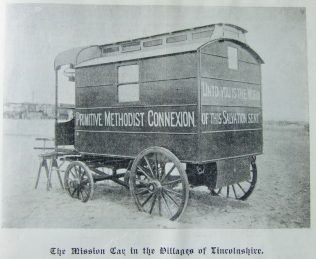 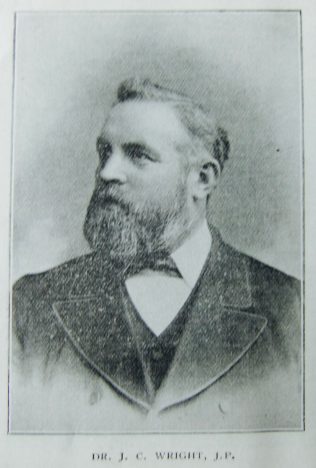 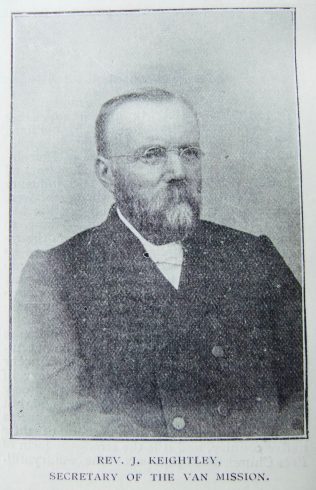 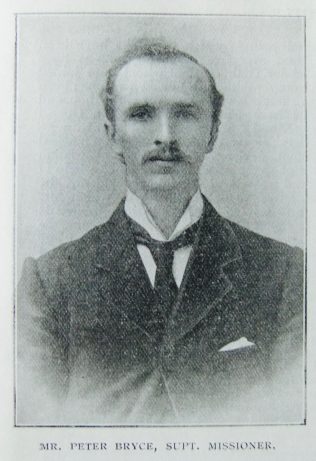 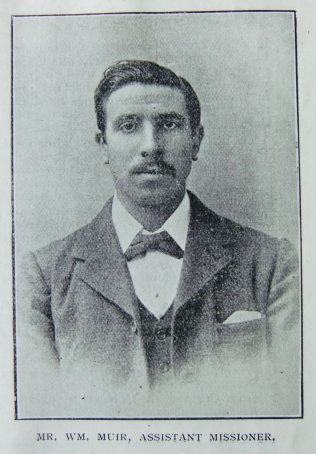 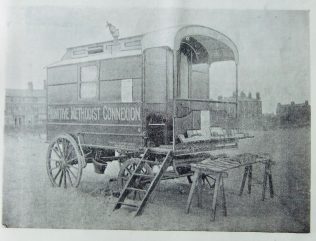 Transcription of Sketch in the Christian Messenger by R.W. Keightley

LINCOLNSHIRE is known for other things than its fens and fogs and flats. Sir Isaac Newton, Sir John Franklin, and Lord Tennyson were natives of Lincolnshire. The illustrious brothers, John and Charles Wesley, whose fame and influence have spread to the ends of the earth, were born within its bounds. John Foxe, the historian of the martyrs, and Anne Askew, to whom death was more welcome than the recantation of her simple faith, were racy of its soil. John Hunt, famous in missionary annals, as a boy ploughed many of its acres. The Pilgrim Fathers, in their search for shelter and a free home, trod its soil and embarked from its coast.

It was in Lincolnshire that the ‘Pilgrimage of Grace’ had its beginning. And do not Ancaster, Gainsbrough, Grantham, and Winceby figure as battle grounds in the history of the Civil War of 1643? Methodism not only began in the hearts of Lincolnshire men, but won many of its most glorious conquests among the farmers and labourers of their native country, and it is the strongest form of Free Church life in that part of the country still.

For two-and-a-half years the idea of a Mission Van for the villages of Lincolnshire has been slowly evolving into practical shape. In May of this year the order was placed with Messrs. Buckingham, of Birmingham, and the early days of August saw the van completed and delivered. The cost of the portable church, manse, pulpit, and book-stall combined, with furniture, stock of books, etc., was about £130, only £40 of which was in hand or promised when the order was given. To raise the remaining £90, the treasurer of the van purchase fund, Dr. J.C. Wright, ].P., set himself with his wonted enthusiasm. By visiting the several circuits in the District, and personally canvassing for subscriptions, he succeeded in raising the entire amount. When the liabilities of the capital account were discharged there was a small balance to transfer to the current account. In this successful enterprise Dr. Wright was ably seconded by the ministers and laymen of the respective circuits, and not least by the Rev. J. Keightley, the secretary of the missionary affairs of the District. At Dr. Wright’s request, Victoria, Countess of Yarborough, very kindly loaned to the van mission a small harmonium, which is of great service to the missioners.

The committee were not less fortunate in the selection of Missioners than successful in securing the Mission Car. Two canny Scots applied for, and obtained, the appointment. They both hail from Blantyre, in Lanarkshire, whence Dr. Livingstone also sprung. In the days of their spiritual awakening they both came under the influence of Primitive Methodism through the ministry of the Rev. F.J. Sainty, who, by his preaching, Bible class instruction, and personal contact, instructed them in the way of life. They are both young. Mr. Bryce, the superintendent missioner, was born in 1878, and Mr. Muir, his assistant, in 1870. As we should expect in Scots, they are well educated, and moreover, possessed of very good speaking ability, and have a good style of address. Both left good and lucrative situations to undertake the work of Evangelism on wheels. As local preachers, Sunday School teachers, Temperance advocates, and diligent Bible students, they have been well schooled for their new commission, for which they possess a consuming passion.

The mission had a good send-off at Cleethorpes on Monday, August 13th, and during the remaining weeks of summer North Somercotes, Mablethorpe, Sutton-on-Sea, and Skegness were visited. The sea-side season being over, the missioners directed their course inland. Arrangements are made for every circuit in the District being visited during the winter and spring, and July and August next are to be devoted to seaside resorts.

The work of the Van Mission is many sided. Foremost, of course, is Evangelistic preaching, but it embraces special services for children, Temperance meetings, the distribution of tracts and text-cards, the circulation of pure literature, and last, but not the least, the visitation of every house in the villages to which the missioners go.

Considering how the villages have been depleted of their best inhabitants in recent years, and the consequent weakening of the best elements in village life, and especially its effects upon small Methodist Churches, we can easily perceive that an agency of this kind will be most heartily welcomed by the faithful few who remain to hold aloft the banner of spiritual life and freedom. We hope for much from this movement in the resuscitation of village Methodism, and the extension of the Kingdom of God. Indeed, in many cases it is about the only form of help available. In wide circuits ministerial strength is almost wholly used up in routine work. Efficient lay evangelists are not within the reach of the societies most needing them. The Van Mission meets the needs of the situation most admirably.

The villages have strong claims for help. Town and city life is constantly re-inforced from the rural districts. If the villages are allowed to go down through moral deterioration, the towns will quickly follow them. Most of our ministers, and a large proportion of our best lay-workers, received their spiritual direction, inspiration, and moulding before they came to town. Gratitude and interest alike imperiously call upon us to see well to the religious welfare of the villages of our land.

The work of the Van Mission is succeeding. In our own denomination the experiment has resulted in the multiplication of this kind of agency. The Wesleyans have fifteen Mission Cars, and are about to build five more. In the report of their work for the past year it is stated that, through the joint agency of the Mission Car and the Colporteur, over twelve hundred pounds worth of books have been sold, and over five thousand persons have decided for God, most of whom have joined the church. Although our own van has been at work but a few weeks, over eight thousand persons have been reached with a Gospel message, and conversions have been witnessed. Services for children have been marked by signal power and blessing. Christian people of every name have rallied to help in the good work, and the superintendent, Mr. Bryce, says: ‘The kindness with which Mr. Muir and I have been everywhere treated is simply indescribable.’ In this agency we have a wise and profitable investment of our money and power, so as to help the weak and save the erring.

It is not too much to hope that the day is not distant when every District in the Connexion, whose jurisdiction extends over any considerable number of villages, will have a share in this form of Christian work. When we cease to evangelise we begin to die. The condition of village Methodism offers a fine sphere for nomadic and whole-hearted Evangelism. Our Master did not neglect the villages, neither may we.