You are here: HomenextPlacesnextLincolnshirenextScunthorpe Circuit, Lincolnshire 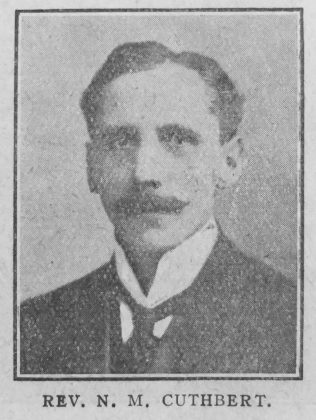 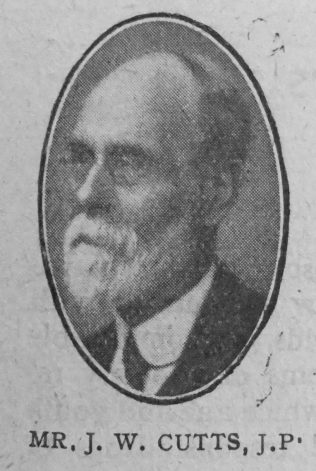 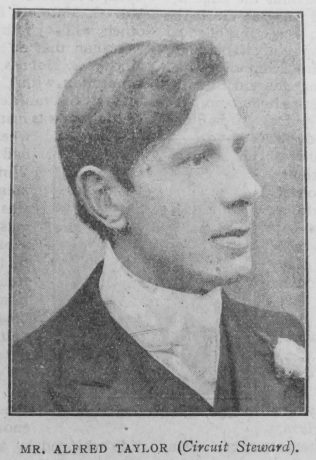 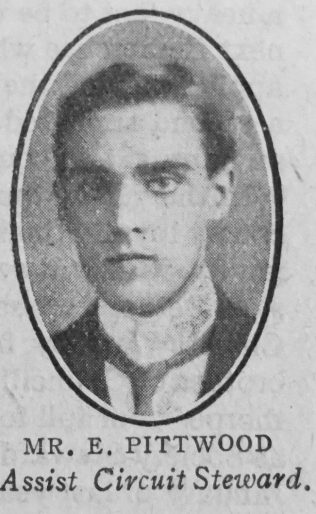 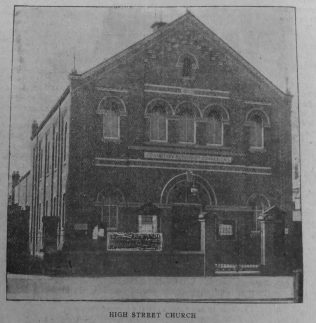 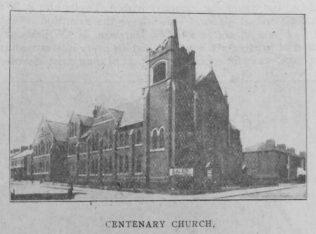 Transcription of Article in the Christian Messenger by N. M. Cuthbert

THIS North Lincolnshire Circuit, when formed from that of Winterton twenty-three years ago, took its name from what is acknowledged to be the most progressive of the four parishes over which it spreads itself. Of the order and shape of those parishes, a rough and ready idea will be gained by the reader if he turns the page before him lengthwise and imagines it to be divided horizontally into four strips of equal breadth. Naming the topmost Flixborough, the next Crosby, the third Scunthorpe, and the bottom section Frodingham and Brumby, let him proceed to put in as boundaries, the river Trent on the left and an “Iron-Stone Area” on the right, and he will be the better able to understand the somewhat curious, because so similar, division of this land of promise, into a series of parochial oblongs.

Incidentally, this ration-card map of the circuit ground may also suggest to him that on it there must be, at least, four Parish Churches, with four Parish Clergymen at work. Four churches there are, dear reader, but of clergymen there are eight, if the writer mistakes not, counting curates and a lay-reader. In comparison, and in contrast, our churches number seven, not four; our ministers number one, not eight, a heavy fact to be weighed with others by the next Conference when it considers the unusual application of the circuit to call out at once a second approved list minister to cope with an unusual and compelling situation.

In the Flixborough parish we have a little cause, loyally maintained by the Rounding family, who will ever associate with their wayside Bethel the sacred memory of the late Charles Westoby, father of Mrs. Rounding and brother of Councillor James Westoby of Scunthorpe. For full forty years our friend served as Society Steward till his lamented death in January of last year,

The parish of Crosby contains two of our churches, small, but not to be despised on that account. Indeed, our Crosby Church, situated in Diana Street, and now surrounded with houses where once were fields, is a comfortable building, the religious home of a society remarkable for the way in which age and youth share the privileges and responsibilities of church life. Age, with a past proud to reflect upon, is represented in stalwarts like Mr. and Mrs. G. Marshall, Mr, and Mrs. Driffill and others, whilst youth presents no finer consecration than that of S. Hare, W. A. Jackson, J. Morley, S. Holmes, and H. Norris. It is in connection with Crosby that the historians interest is quickened, for here Primitive Methodism was first established in the locality when, long before the circuit had an existence separate from Winterton, Hannah Parrot preached in the open-air, and was instrumental in the conversion of a man who stood at a barn-door listening intently till the truth got home. Thomas Kendall was his name, and from him came a line of able preachers, one of whom was destined for Connexional repute.

Comfortable too, if small, is our Gunness Lane Church, by the side of the Trent, near enough for the sound of a fun tide whipped by a contrary wind to fall on the ears of the worshippers. These are the few families who farm the warp-land of that low-lying neighbourhood. Mr. and Mrs. G.H. Waite, Mr. and Mrs. A. Foster and Mr. Clark keep the place going, and the preacher, too, for as he leaves their hospitable board to mount the three mile ascent homeward to the circuit’s more populous centre, he is led to reflect that Elijah was not the only prophet who journeyed on the strength of an ample meal.

Passing over for the moment without comment the parish of Scunthorpe, our next glance will be at our cause in the parish of Frodingham and Brumby, where stand our Church and School, in the portion called New Brumby In contradistinction to Old Brumby, the village lying further southward in the direction of Ashby of the Scotter Circuit. This property was erected forty-one years ago at a cost of £1,600, of which £351 remain as debt. The sittings number 254 and are on the one floor. Seeing the Trustees hold site-land enough to carry another building, the style and disposition of the present buildings seem to be an illustration of how not to build. There are few, if any, of the members satisfied with the block for modern purposes. However, the society makes the best of circumstances, and under the leadership of G. Peart and T. Wright, aided by younger officials like W. Sanderson, H. Wright, H. Peart, J. Lyon, and more whom space forbids mentioning, this church looks con?dently to the future.

Reverting now to the parish of Scunthorpe, mention ought first to be made of Santon, set right in the heart of the ironstone area. There, in a small building which has been adapted to sacred purposes and boasts a pipe organ, mind you! Mr. J. Moore, assisted in Sunday-school work by his son, keeps the gospel flag flying. In all the circuit there is no devotion to exceed that of father and son, who, in season and out of season, at no small inconvenience because of the distance to go, attend to the inward and outward business of this humble house of God.

The centre of circuit life, geographically almost, as well as in other senses, are our two thriving town churches, High Street and Centenary. Both are set in the parish of Scunthorpe, High Street well in, Centenary nearly out, for a stride or two northward from the latter brings you into Crosby. As a property High Street Church and School is outclassed by the more modern and lofty Centenary, but it is a good property for all that, and to anyone acquainted with its history it is the symbol of the progressive spirit which is again at work urging onward. Twenty-seven years ago, having lost by fire its church in Crosby Road, this society selected a site whither development was tending and put up the present premises at a cost of £2,300. It is a galleried building, seats 600, and has £194 of debt. Few churches are better officered. The Master has many faithful servants here. Veterans like W. Sewell, J.T. Holland, J. Cressey, J. Clayton, and J. Westoby; men of fewer summers like J. Tindall, J. Hill, J. W. Bradley, J. Loughton, and J. Leggott; men of the morning like C. Leggett, B. Holland, J. Hollingsworth, E.C. Fearon, H.Gleadle, J. Brown, H. Leeman, and H. Cressey are a few of the many to be found in this fellowship of service, as are also devoted ladies, chief of whom are Mrs. Gum, Mrs. J. Hollingsworth, Mrs. J. Brown, Mrs. H. Cressey, Mrs. Loughton, Mrs. Leggett, and Miss R. Taylor.

High Street had been built seventeen years, when, led by the then minister, Rev. W. Turner, the head of the circuit took a bold step to provide for the religious needs of the new population which further west in the parish had been filling up and spilling over into the neighbouring area of Crosby, blotting out ancient landmarks and forming of the two, one town. In Fredingham Road the Centenary Church and School were built in 1908. There are few more imposing structures in the Connexion, and everything considered, few cheaper. The total cost was £6,107. The initial debt was a tremendous responsibility for the faithful band of workers who left the comparative ease of High Street to see the new venture through. But they have done, and are doing, nobly. Last March the debt stood at £3,802. This March we report £450 paid off and in a fortnight from the time of writing we hope to have paid off £ 352 more, ready for concentrating on a bigger effort next year. This suggests that the church has been gathering strength despite the burden. That is so. The membership now exceeds that of the head church. The congregations are increasing, that of the Sunday evening being an inspiration to behold. The choir and the singing are of the best, thanks to the zeal of the organist, Mr. G.H. Jarvis, and the choir-master, Mr. E.O. Roberts. The scholars number 361, a large increase for the year. Mr. D. Roberts and Mr. H. Beresford, the Superintendents, and their staff, are alive to the importance of this work. The Primary Department, under the care of Mrs. Everett, is a model. Trust interests are well placed in the hands of R. Bee and W. Tock. Society affairs are safe with A. Taylor and P. Windle. C.E. matters have the attention of enthusiasts like F.C. Harrison, R. Willett and Miss M. Heald, whilst every interest secures the unfailing support of that most devoted brother, Benjamin Bradley; and – a vital matter – our caretaker cannot be beaten. Of the ladies whose work is a story in itself of splendid service, Mrs Jarvis, Mrs. Cutts, Mrs. B. Bradley, Mrs. A Walker, Mrs. Byles, and Mrs. Hanson are the leaders of a list too long to mention, yet everyone worthy.

So much for the places in the circuit. A concluding word respecting the circuit as such. It is a tribute to the leadership of the ministers of the past and circuits officials of both the past and the present that there has been created and preserved so strong a, circuit life and interest, where, in respect of things secular, the feeling has been, very naturally, perhaps in some cases very unreasonably, parochial. The writer would here recognise the service of his immediate predecessors, Revs. W. Turner, and J. Burkitt, and of Mr. J.G. Cutts, J.P., who on the formation of the circuit passed from the stewardship of the old to that of the new, and wisely guided it for the first twelve years or so of its independent existence. He was succeeded by his partner in business, Mr. A. Taylor, whose devotion to the circuit and to Centenary as the steward of both, is most praiseworthy. Fortunate, too, is the circuit in having the able service of Mr. Edwin Pittwood, assistant steward and brother of Rev. E. H. Pittwood, and equally fortunate in having in circuit council and action the co-operation of Mr. C. Leggett, Mr. B. Holland, Mr. M. Wilson, and Mr. H. Wright, members of a group of younger men upon whose loyalty and ability so much depends the circuit’s future.

And the circuit has a future. More will yet be heard of it. Like the district, it is in the making. What is done now, and what is left undone, are vital. Movements of great import are pending. The amalgamation of the parishes into a borough, an addition to the population modestly estimated at 20,000, the turning of the town into one of the largest centres of the iron and steel industry – these constitute a prospect that fills the moment with a compulsion to prepare. The circuit is seeking to secure an additional approved list minister at the next Conference, and unless it succeed there is a positive danger of Primitive Methodism being overwhelmed by, instead of being borne safely upon, the tide of new life which is soon to flood this area, surge round the doors of our principal churches, possibly pass outward to the circuit’s limits, and beyond.