You are here: HomenextPlacesnextLondonnextEnfield Circuit, London 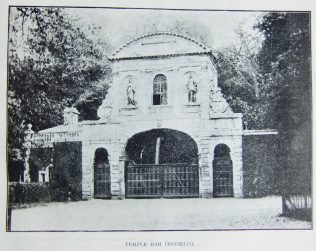 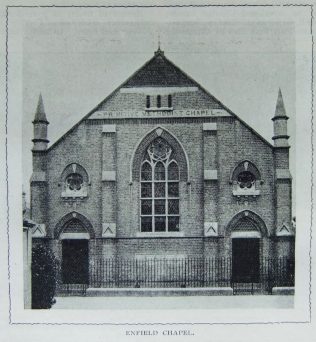 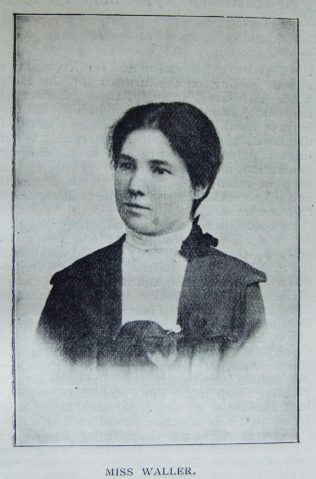 Transcription of Article in the Christian Messenger by ‘Philo’

From many points of view Enfield is an unusually interesting district. Among the celebrities who have lived here may be mentioned Charles Lamb; Isaac D’Israeli, father of the Earl of Beaconsfield; William Pitt, first Earl of Chatham; Captain F. Marryat the novelist, and John Keats the poet.

Here, too, is White-Webbs Park, an ancient mansion hired as a rendezvous in 1605 by the conspirators of the Gun Powder Plot. Immediately opposite the Parish Church stands Enfield House, where the children of Henry VIII. were brought up; and where Queen Elizabeth lived at the time of Henry‘s death. Temple Bar, which once stood as the chief gate of the city of London, now stands in lonely grandeur among the trees of Theobald’s Park, forming the main entrance to the residence of Lady Meux.

Enfield of to-day is a rendezvous of the aristocracy, a hot-bed of Toryism, and a land of lilies and roses. In such conditions High Churchism usually flourishes. Roman Catholicism even, boasts a small chapel and a large school for destitute boys. Primitive Methodism has, however, claimed a place and promises not only to hold its own, but to enlarge its sphere of influence.

In the year 1851, Mr. John Wilson was appointed by the Stoke Newington Circuit to hold services in Enfield. He was accompanied by a young man who afterwards became a most useful minister, and is still doing good mission work as a supernumerary. The Rev. C.G. Honor very kindly sends the writer an account of the first day’s mission in Enfield, the details of which he so vividly remembers, as it was his first attempt as a budding local preacher.

The first meeting was held in the market place. “I had secured shelter at the house of a Mr. Cave (Wesleyan) in the market place. The rest of our people had to take provisions with them. Their baskets and bundles were piled up in front of the waggon wheels. At the close of the service I borrowed a large pan from a cottage, and poured three buckets of water into it, then went to Mr. Cave’s. When I returned the whole three buckets had been drunk!” During the first winter, the services were held in the open air. Ultimately a barn was secured. Mr. Honor was appointed to formally open it as a place of worship. In the evening it was crowded, and the service was much disturbed. Two of the persecutors were, however, converted.

In 1858 a small chapel was built on Chase Side, in which our people worshipped until, in 1894, the present chapel was erected. For many years the work in the old chapel was stationary; the membership below 30, and quarterage not reaching £7. But with the building of the new chapel, and making Enfield the head of a new Circuit in 1901, the membership rose to 100, and the amount sent to the June quarterly meeting of 1902 was £31 16s. 11½d.

In addition to the usual institutions of a church, Enfield society possesses the rare equipment of a brass band. A great deal of the spiritual and financial success of the church is due to this mission band. Before every Sunday morning and evening service they mission the streets, and conduct open-air services. They have been in great demand for the United Free Church Council open-air meetings. They supply all their own leaders and speakers, and are not confined to merely playing the instruments.

One Sunday evening, as they were marching towards the chapel, the master of the Poor House stopped them, and asked if they could play “Safe in the arms of Jesus” for a poor dying woman. The secretary said, “I am sorry haven’t got the music for that, but, bless the Lord, we can sing, it‘! ” And at once the 25 or more masculine voices sent up through the open window the cheering strains of that grand old hymn.

Goffs Oak is a little village of about 500 inhabitants, five miles to, the north of Enfield. Here Primitive Methodism is supreme, our chapel being the only Nonconformist place of worship. For the encouragement of similar isolated villages, we are proud to mention that, though there are only 21 members, all poor agricultural people, entirely out of touch with town life, this little society has sent two of its C.E. members as missionaries to the central provinces of India.

Two years ago the secretary of the ‘Balaghat Mission to the Gouds ” asked for Mr. McMillan; he readily consented, and has met all the requirements of those who called him out. ‘

Last November the same society asked for Miss Waller, one of our best C.E. and Sunday school workers. She willingly consented, and was sent to the training college for a few weeks.

On January 20th, the Rev. John Pinchen presided over another farewell meeting, which was addressed by Mr. J Lampard, who came as the agent of the society to take Miss Waller to India. While regretting the real loss of Miss Waller to the church at Goffs Oak, the friends, in presenting her with many tokens of appreciation, expressed a real pride in being able to send out two missionaries in two years.

There is usually a dark side to a picture. The two people who introduced Primitive Methodism into Goffs Oak over 40 years ago, who opened their house for services, who ever since have entertained the preachers, are now living at the mercy of friends. Till quite recently, Mr. George King, the oldest trustee, has had to rise at five in the morning and work till sunset, for 10s. a week, 4s. 6d. of which went for house rent. The writer has seen the old man literally dragging himself home from his day’s work, half bent with the weight of 78 years; and at the supper table his devoted wife has needed to steady his arm as he lifted the cup to his lips. He still walks over a mile to the morning service. Such are the closing days of many noble “Prim’s.”

New Southgate society has had a hard struggle from the beginning. About 25 years ago an iron chapel was built in Springfield Road. There it still stands with the burden of £250 debt upon it. As is often the case, many of our people, who have moved to the town, have been discouraged by the dreary prospect, and have left the faithful few to their heavy task. Some who are recent arrivals at Southgate are, however, determined to make it go at any cost. With a new chapel, Southgate has a magnificent future.

Waltham Abbey, in Essex, was missioned for the first time by Primitive Methodists last year. Here is one of the most remarkable openings we have had in the suburbs of London. It is the centre of a working class population in connection with the Royal Small Arms Factory, and the Government Powder Mills. Knowing that we had never missioned this neighbourhood, the Rev. J. Pinchen made enquiries as to the possibility of our establishing a cause there. After finding out a Mr. J. Hughes, an old Primitive, the minister asked him to seek out all the other Prim’s he could find, and invite them to his house for a conference. A week later Mr. Pinchen had the pleasure of meeting nine stalwart men, who all claimed to be Primitive Methodists.

The minister and Mr. Hughes were appointed to seek out a room. After a few days’ investigation a disused carpenter’s shed was secured.

This was sadly out of repair. Fortunately some of the nine were carpenters and fitters at the factory. Wood was therefore purchased, a floor was laid, the tin sides covered with matchboarding, the windows were repaired, gas fittings fixed, pulpit built – all this done freely by the faithful nine after ordinary work hours – the minister for the first time in his life acting as architect. Wives and sweethearts brought supper at 10.30 p.m., and Solomon and his men were not happier in building the Temple of old, than these faithful nine were in preparing this house for worship. All was complete except the seats. It would cost too much to have them made. It would take too long to make them themselves. One afternoon, as one of the nine sat at work mending boots, a very large waggon passed the window. It was laden with pews. Without cap or coat, and with leathern apron dangling across his knees, this brother ran after it. On making enquiry it was found that the pews were from a Congregational church in Tottenham, and were for sale. They were brought back to the mission room and finally purchased. They now supply comfortable seating accommodation for 120 persons. This mission now stands with a membership of 25, and a quarterly income of over £6.

Seeing that Primitive Methodism has nothing between Enfield and Saffron Walden, the cause at Waltham Abbey is a first step towards filling in the great gap between these places.