You are here: HomenextPlacesnextLondonnextLondon and Primitive Methodism 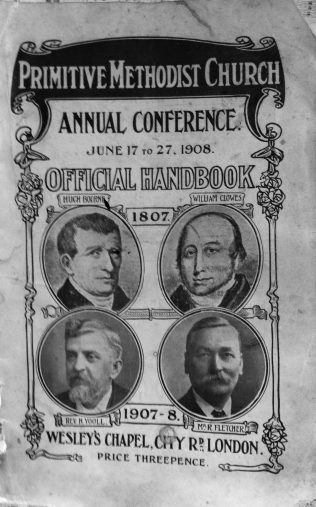 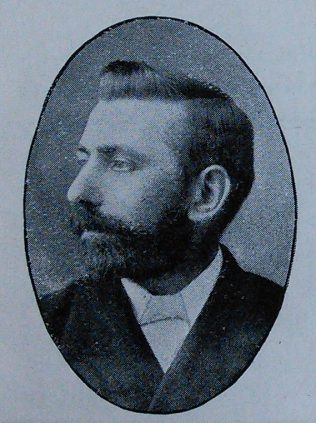 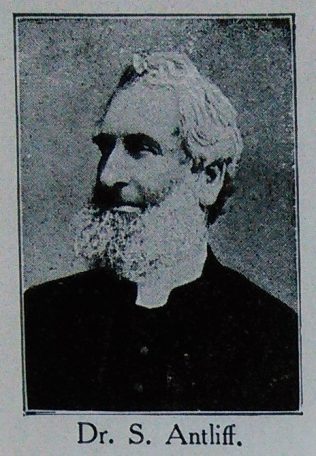 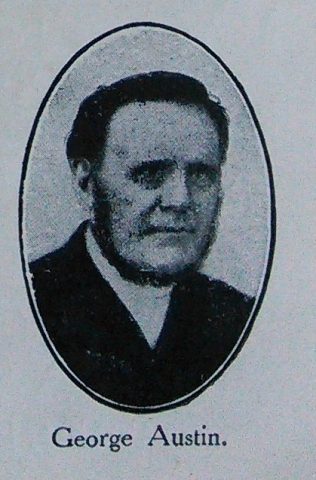 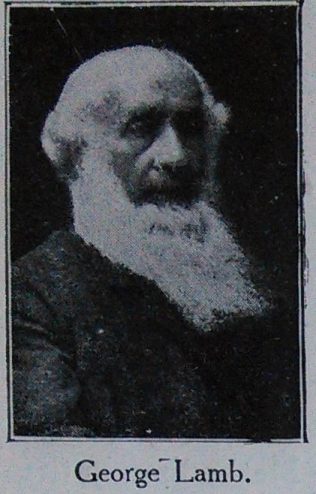 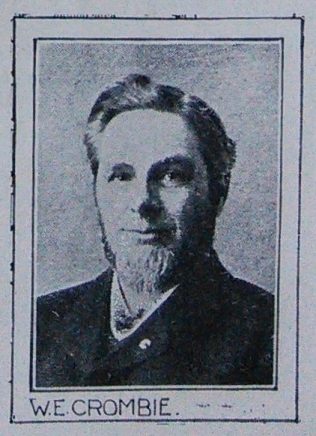 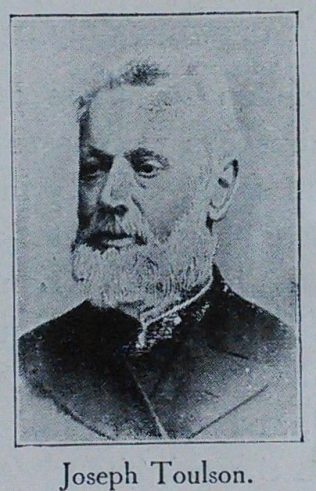 Often introductions to the development of Primitive Methodism in the place where the Conference is to be held are exclusively positive, praising growth in societies, numbers and value of property.  This one is much more realistic about the lack of progress, when compared to the need.

London is not only the centre of the commercial world, but it is the heart  of the Empire and politically, socially and religiously the world’s capital.  For many generations it has been growing, until now it may be described as the greatest city of both ancient and modern civilisation.  There can be no question as to its being the richest city in the world, its wealth is fabulous, but in contrast ti this you have a poverty more hopeless, more bewildering and more maddening that that of any other city.  Sometimes as we think of this great world of London, we are paralysed with a sense of hopelessness,  What is apparent to every social and religious worker who enters seriously into the problem of saving London, is the vast multitudes of population who live a sordid and almost hopeless life.  We however thank God daily for the Christian influences which are permeating London’s life, and for the saving forces that are working on every hand to make it a city of God.

Comprising greater London, the agencies of Primitive Methodism are represented by 44 circuits and missions, and upwards of 130 separate churches, with an aggregate membership of close on 10,000.  When we recall the circumstances under which Primitive Methodism was introduces into London, and the great task of getting a permanent foothold; when we review the difficulties which have confronted our Church in  its efforts of expansion, and then realise whereunto it has grown in little more than eight years, we feel the history is one of which we need not be ashamed.

The first record we have of Primitive Methodists visiting London dates back to the year 1812 – two years after the first Society Class was formed at Standley.  A member having removed from the neighbourhood of Mow Cop to London and being impressed with the needs of the metropolis sent a pressing invitation to the leaders of the infant cause in Staffordshire to send missionaries to the city.  The result was that Hugh Bourne and James Crawfoot came and conducted a few services, but nothing definite was done in the direction of establishing a church, they returning to Staffordshire after an absence of about a fortnight.

A decade elapsed and then it appears the Leeds Circuit, at its December Quarterly Meeting 1822 finding itself with a few pounds to its credit, became impressed with the need of extending its agencies.  At first it was decided to send a preacher on a missionary tour to Sunderland, subsequently this was reconsidered; it was then resolved to attempt the evangelisation of London, and Paul Sugden and W Watson were selected for this purpose.  When they arrived by stage coach in what is now Gresham Street in the heart of the city, they found themselves possessed of one shilling between them and this they parted with to the driver, when on alighting from the coach he requested his accustomed gratuity, thus leaving themselves penniless.  They were unable to offer the conductor a gratuity, so they explained their position and the object of their visit to London.  He, being a Christian man and a member of the Baptist Church, took in the situation immediately, cordially invited them to his own home for breakfast and purchased from them a hymn-book.  With the result of this transaction the embarked on their crusade of conquering London for Christ and establishing Primitive Methodism in the metropolis.  Varied were their initial experiences; but in less than a month a quaint little chapel in Cooper’s Gardens, Shoreditch, was taken and so a foothold was secured.

Watson then returned north and Leeds Circuit sent John Coulson to supply his place.  He walked the entire journey and arrived in London with three shillings in his possession, and at once set to work to get the cause firmly established; but almost immediately, for some reason or other, he was recalled and another was appointed in his stead.  At this time trouble arose which paralysed the work and Hull Circuit was urged to come to the rescue.

Accordingly William Clowes left what was a veritable hotbed of spiritual life and undertook the superintendence of the London work. arriving on January 10, 1924.  Though little more than a year had elapsed since the first missionaries arrived, yet he found the work of the infant Church had spread to several parts of London; but what distressed him was, that not a single place occupied could be regarded as respectable, and that there were no funds for the maintenance of the mean shabby little rooms the had secured.  On his personal responsibility, therefore he borrowed £100, discharged all liabilities to date and took steps to bring the workers into accord.

That William Clowes was rudely awakened to the difficulties of London evangelisation is very evident from his journals.  Here is one entry: “What a difference between North and South!”  Again: “It is more difficult to get souls converted in London than in the provinces and the ministry  requires a holier and deeper baptism from heaven.”  The ministry of William Clowes in London however was not a failure, but a great success, for two months after his arrival the membership reached 86 and before the end of the year it numbered upwards of 200.  Under his fervent evangelism many souls were converted and as a result of his judicious care and oversight, followed subsequently by the statesmanlike policy of Rev J Flesher, the foundations of the Primitive Methodist Church in London were securely laid.

William Clowes had the usual trying experiences of the Christian pioneer.  In the summer of 1824 when conducting a Camp Meeting on Stoke Newington Common a cow was driven into the audience causing considerable disturbance.  At Westminster three men dressed themselves up as devils, and in this grotesque apparel rushed [around} howling and dancing in order to spoil an open air service.  In Southwark, Camberwell and other localities, Clowes met with terrible hostility, but God befriended him and blessed the Word to the salvation of the people.  He remained as superintendent of the London Mission until September 1825, and it is difficult to adequately estimate the valuable work done during his sojourn of twenty-one months.

London eventually became a self-supporting Circuit, was divided and sub-divided, until today London Primitive Methodism enjoys a creditable position among the Free Churches of the metropolis.

Primitive Methodism is represented in twenty-five of the twenty-nine Metropolitan Boroughs, the four boroughs where we have no churches being the City, Westminster, Holborn and Chelsea, representing a population of upwards of 337,000 which is equal to the present  combined populations of Newcastle-on-Tyne, Gateshead and Durham.  The three boroughs in which we have the most chapels and the largest membership are Hackney, Islington and Poplar.  Hackney embraces five chapels, Islington four and Poplar six.  In the Borough of Lambeth we have five churches all of which however are small, not one of them having a membership of 100.  In Camberwell and Wandsworth Borough we have three chapels each, whilst in Battersea, one of the smaller boroughs, we have three churches.   In Bermondsey we are represented by St George’s Hall, Old Kent Road and Union Chapel, Rotherhithe, the character of the population here being such that churches can only be worked successfully on mission lines.  Southwark Borough embraces Surrey Chapel (Blackfriars Road) and Walworth (East Street) Chapel – the Trust Deed of which is the Model Trust Deed for the Connexion – and which is now affiliated with the South-East London Mission.  In Kensington we are represented by a small church at Notting Hill.  Stepney Borough  embraces Stepney Green Chapel, the Working Lad’s Institute and Brunswick Hall in Whitechapel Road.  Bethnal Green Borough takes in Camden Town (King Street) and Kentish Town (Grafton Road) Chapels, both of which have been strong churches, but are now surrounded by declining neighbourhoods.

Outside the Metropolitan Boroughs, in what is generally known  as Greater London, Primitive Methodism is represented by good, vigorous churches: though in no case have we an individual church with a membership of 400.

We have avoided mentioning the names of outstanding men who are still with us, but it cannot be regarded as invidious to mention such veterans as Rev Richard S Blair, Rev R R Connell and Mr James Wood, who have done yeoman service for our church in London, and who are now resting and quietly waiting their call to higher service.

As we review the past, we are glad to recognise the devotion and generosity which has always characterised Primitive Methodism in the Metropolis.  It is specially noteworthy  that there has always been the most generous support given to the ministry, and that in no part of the Connexion are there so many ministers supported pro rata to the membership as in London.  And this is all the more gratifying seeing that the members are drawn mainly from the labouring classes.

An urgent need of London Primitive Methodism is a vigorous campaign for filling the churches we possess and also for multiplying centres of spiritual and social activity in those immense districts where we are weak of have no representation.  There are vast new and rapidly developing areas in Greater London to which our people are migrating, where Primitive Methodism was no existence as a church.  These should have prompt attention.  Sites should be secured, buildings erected, and so the fruits of our labours conserved.  In central London, where the neighbourhoods are becoming poorer and increasingly difficult to work, mission centres should be multiplied and liberally supported.  What may be described as down-town churches can no longer be worked successfully on ordinary church lines.  In the judgement of some of us who have had a lengthy experience of work in London, the time has come when some of these churches in degenerating neighbourhoods should be converted into mission centres, adequately supported from some special fund and placed under the supervision of a central advisory missionary board, composed of persons who understand the needs and possibilities of such centres of spiritual and social activity.  We believe that in no part of the Empire would a bold, wise and generous policy of aggressive work, backed by an ample supply of funds, be attended with more certain and prolific results.