You are here: HomenextPlacesnextLondonnextOur Struggle in Londonnext11. Dividing the Spoils 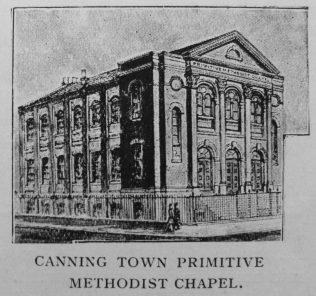 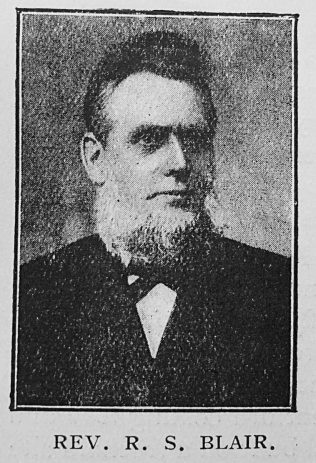 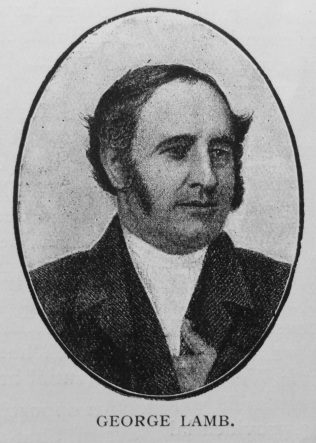 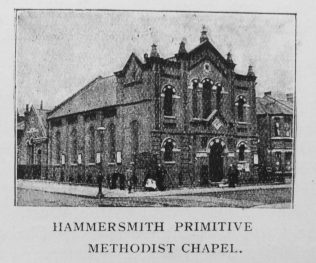 WE have followed the campaign in the North and South of London, and have seen how, like magic, the Kingdom has been spread, how, through patience and great endurance, the “day of little things” has merged into the day of great triumphs. We must now turn to the East and West, and record the despatches of the two army divisions.

To the East of London with its dense population, sunk in ignorance, drunkenness and vice, first went our missionaries. It was like them to turn first to those who needed them most.

It cannot be said, however that those early efforts were successful in any large degree. London was new ground and difficult to understand. New lessons had to be learned and new methods adopted. One experiment in Gloucester Street, off Commercial Road, after a trial of four years, was abandoned. The Hoxton Mission fared better. It began in Harvey Street in 1850, and afterwards found a new and better home in Phillip Street. One of the founders of this Society was Mr. W.H. Yarrow, our London historian.

For lack of space it will be impossible to give a full account of our progress eastward. The missioning and development of Canning Town may be taken as an example of the kind of work done.

This district adjoins the Docks, which in the early ‘fifties were not yet completed. There was a great population of dock labourers and navvies. The spiritual destitution of the district may be discerned in the fact that among ten thousand people there was church accommodation for only six hundred. The London III. Circuit, with Joseph Toulson as superintendent, saw here a promising field for a new campaign.

Hence, one Sunday saw a little band arrive in Canning Town. It included James Fleetwood, Charles G. Honor, young men who became ministers, J.J. Holmes and Peter Thompson a navvy from Witney. They took their stand at the street end. The morning and afternoon passed comparatively quietly, but the gathering storm burst in the evening. They were beset by a gang of ruffians, who pelted them with stones and all manner of filth. They made ugly rushes and tried to put them to flight. While James Fleetwood prayed his mouth was filled with mud. Honor’s right arm was disabled for several days. Honor and Thompson were marched off to Poplar Police Station, more perhaps for protection than  punishment, for the inspector promised to stand by them and the policeman on the way was converted by Peter Thompson’s “conversation sermon.”

Notwithstanding this treatment there was no retreat. The next Sunday found them at their post again. Soon a small society was gathered, and a room taken in Coke Oven Row. Seats were required, and tenpence was raised and expended on rough board, which were set on bricks to serve as pews.

In this primitive sanctuary, from which the fastidious would have flown, Joseph Toulson preached the Gospel. One day, while conducting the service, a pig trotted in through the open door. “Sure enough and here’s a pig come to service!” exclaimed an Irishwoman. The household cat sprang on the back of the pig, which ran round the room violently squealing. On a reference by Mr. Toulsom to a Catholic priest, the Irishwoman quickly rose, “Come out of this, he’s backbiting the praste,” and departed. While another said aloud to his son, “Come, boy, I want my bread and cheese and beer.”

Under such conditions were many of the early services conducted. Yet the work went forward and many lives were redeemed. The little church was driven from room to room, until at length a special meeting was called to consider the building of a chapel. This was in 1857, and all the money promised was £9 19s. 6d. Nothing daunted by the smallness of the sum, land was secured the following year and a chapel built. The membership of forty-five grew until, in 1861, and again in 1863, the chapel had to be enlarged.

When the Rev. R.S. Blair came on the scene he advised a bolder policy. The old site was sold and a good position secured close to Barking Road. It was a great undertaking, but Mr. Blair prayed for Divine aid, and was not altogether surprised when Mr. James Duncan promised one thousand pounds towards a new chapel and the loan of another thousand free of interest. A chapel seating one thousand persons was built at a cost of over £6,000. This was accomplished not alone by the munificent donations of the rich but by the self-denial of the poor. Martin Gleghorn and his family, who had come in 1857, denied themselves butter for a whole year that they might help the cause.

And this is only one victory in a great campaign where many such were won. The Isle of Dogs, Cubbit Town, was first missioned in the time of George Lamb, in 1857, and services commenced in a friend’s house. The church and school so grew that on a Sunday they crowded the house, filling every room. When only twenty strong the brave folk built a chapel costing £558, which in spite of great trade depression was cleared in five years.

Space again fails us to tell how the Limehouse society first secured College Chapel and afterwards the Stepney Tabernacle, the scene of Archibald Brown’s ministry, costing £2,600, and became head of the London Third Circuit. How an old factory was taken in Benledi Street and a society of fifty gathered; how Millwall was missioned in 1854, land purchased in 1867 and a chapel costing £900 was built in 1875; how the roughs of North Woolwich were converted and a railway arch was fitted up for a chapel; how a providential opening presented itself at Walthamstow which brought Thomas Jackson upon the scene; how Leyton grew; how Bromley-in-Bow succeeded; how at Stratford New Town a chapel was built; how Custom House and Forest Gate were entered and the Elizabeth Fry Memorial Chapel built in Upton Park—all these things would be worth writing in letters of gold. The spoils of one eastern campaign must to-day be divided among no less than twelve circuits. Few districts can give a better account of themselves.

We must now turn to the West. As early as 1848 Hammersmith, Chelsea, Old Brentford, Acton, Battersea and Kensington was made into a mission. For twenty years it was hampered by unfortunate circumstances and remained practically stationary. On the appointment of George H. Fowler in 1869 the first signs of real progress began to appear, and in 1871 Hammersmith was made into London Seventh Circuit.

All through the ministry of Mr. Fowler and during that of Joseph Toulson, who came in 1873, progress, material and spiritual, was maintained. An iron church was erected at Brentford costing £90 and a chapel and school built on a freehold site in Knox Road, Battersea, costing £700. A room was fitted up in Battersea Fields; land was purchased at Bendow Valley and the Wandsworth Chapel re-modelled.

It was, however, at the head of the circult, Hammersmith, that the boldest step was taken. For years the society had worshipped in a dingy chapel in South Street, with its ugly preacher’s house adjoining. A site was secured in Albion Road and a chapel and house were built costing £1,600. Since that day much progress has been registered and Hammersmith has one of the best sets of premises.

Hammersmith missioned Ealing in 1874 and a church of fifty members was soon established. An iron chapel was put up which has now given place to a fine, substantial house of prayer.

An opportunity was seized in the opening of Shaftesbury Park, in the vicinity of Clapham Common. Here more than two thousand houses were built suitable for working people. A plot of land was secured in Grayshott Road, and although there was no church extension fund in those days and not a member on the ground, a chapel was built costing £1,500. This was in 1874.

The Western campaign covered a wide area and the ground proved not quite so congenial to our genius as others, but much has been accomplished. It was prophesied in 1876 that there would soon be two circuits. To-day we have largely in the same area nine or ten independent stations.