You are here: HomenextPlacesnextLondonnextOur Struggle in Londonnext4. Holding the Fort 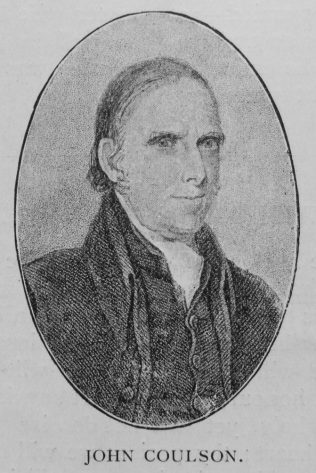 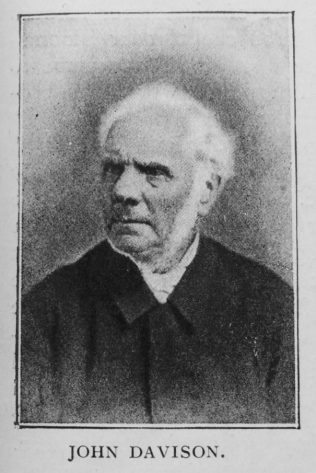 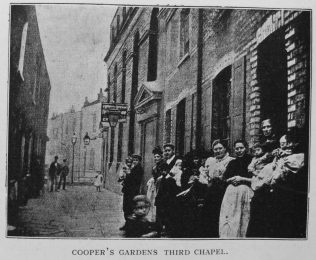 AFTER the more than ordinary labours of William Clowes, described in the last paper, there was bound to be some reaction. It came all too soon, for in December, 1825, three months after Clowes left, the membership had dropped from one hundred and seventy to one hundred and twenty-six.

The main object, however, had been accomplished. London Primitive Methodism was once more set upon its feet, and although still somewhat feeble, was able to support an independent circuit.

At this time another change was effected which considerably influenced the fortunes of the church. The Conference of 1825 had made a new District with Norwich as its head. London was transferred thereto; it continued a part of this new District for the next ten years.

This association with East Anglia did not at first sight hold out any particular advantage. Norwich District had been made out of what Hugh Bourne calls “six shattered circuits,” and could scarcely give the same vigorous assistance as either Leeds or Hull. There was some compensation, however, for what London lost in one respect it gained in another. It was nearer to its District Centre and was cheered by a closer fellowship. Nor did the District fail to send some of its best men—such as James Garner, John Oscroft, and Richard Howchin. Its proximity also made it possible for a District Meeting to be held in the Metropolis. This gathering was described by Robert Key, who, in speaking at one of the meetings, smashed a table, as a “great time.”

As we take up the thread of our story at the beginning of 1826 there were six centres of work in the London Circult. Cooper’s Gardens, as the directing head was full of life and energy. At Shadwell the more aristocratic and well-to-do members of the Circuit worshipped in a room over a stable whose atmosphere was not always of the sweetest, while at times the hours of devotion were seriously disturbed by noises from below. At Walworth a small chapel was hired in Portland Street. There was “a room” at Westminster, another at Southwark, and a regular place for open-air preaching at Bethnal Green.

This was the London Circuit: when a new epoch of our history opened. The sky of promise was brighter than it had been before, but again and again it was to be obscured with dark clouds. True, the cause held on its way, but was very small and feeble. Hidden away and unknown in the great city, its progress was very slow. The members, with few exceptions, were extremely poor and ignorant, having been gathered from the lowest strata of society.

From letters written by John Booth to his mother we get a glimpse of the state of things at this time. John Booth had come from Derbyshire to live and work in London. At once he had joined our Church and was one of its most loyal and capable lay workers until he emigrated in 1847.

Writing in 1826 he says: “Our cause in London is very low, it is a constant struggle with poverty, and I have to part with all the money I can spare to help it on. I have worn my coat longer than is respectable, but I must help the cause. . . Preaching every Sunday, hard at work, but I feel blessed in the work.”

We have here a vivid picture of the Church, at first hand—its feebleness, its dire poverty, its workers denying themselves clothes and even food that the work of God might be helped, and doing it, withall, in joy and gladness of heart.

John Booth, wearing his threadbare coat, toiling incessantly week day and Sunday, with a passion that turned these into a blessing, was but representative of every worker.

Nor did any make sacrifices more gladly than the ministers. A married man had fourteen shillings a week to live on, with an extra allowance of one and sixpence for each child, and a house in the cheapest, and consequently in the lowest, neighbourhood. His furniture was of the scantiest and poorest kind—scraps, often, borrowed here and there.

When John Davison arrived in 1827 he found that this house had been given up, and its borrowed furniture returned to the owners, and all that he and his young wife —for they had just been married—had with which to start housekeeping were a few pieces stowed away under the Circuit Steward’s bed.

An unmarried preacher was allowed four pounds a quarter, with an addition of fifty shillings for what was called his “meat bill.” Sometimes he was fortunate, as was George Tetley, to have a home with a friend like Mrs. Gardiner without expense. But usually he had to be content with a corner in an underground kitchen.

Small as these allowances were when paid in full, the people were many times too few and too poor to meet them, and the preachers had often to leave the Circuit short of their salaries.

Notwithstanding these privations there were always good men ready for toil and sacrifice, and we have to record the labours in London during this period of men like John Coulson, John Nelson, and his brother Thomas, George Tetley, John Verity, James Garner (1), John Oscroft, and John Davison.

With an exulting courage that baffles description, amid distressing poverty and tremendous difficulties, they “held the fort.” But not only did they struggle to “hold the fort,’ they sought to push the battle into the enemy’s country and seize richer spoil for their blessed Captain.

Fresh centres, chiefly small upper rooms, were opened at Somers Town, Drury Lane, Brunswick Square and Paddington. This last was the beginning of the society which now worships in the Church in Seymour Place.

And as the months sped on towards 1829 the work grew and multiplied, the toilers’ hearts were cheered by several remarkable conversions, and a third minister, a young man named Farrer, was called to the Circuit. William Clowes revisited the scene of his former labours and opened a hired chapel near Bloomsbury Square, and Hugh Bourne came to see for himself how the work was progressing.

A visit to Cooper’s Gardens with Hugh Bourne would have revealed a strangely inspiring scene. As you turned through the low entry into the “Gardens”a volume of song, not perhaps the most harmonious, but full of soul, would have greeted you. Your passage would have been impeded by a group of rough, unruly, jeering men and lads standing round the doors. But once inside the packed sanctuary, all would be forgotten in the surging, mighty spiritual atmosphere. What of the dim light of tallow candles, did not the light of God’s glory fill the place? What of brickmakers, and tile-burners, costers and casuals in workaday clothes; had they not been clothed with the robe of Christ’s righteousness? Look on the faces of John Frisken under the gallery, of brother Chapman near the fireplace and you will see the light that glowed on the countenance of Moses. Listen to brother Hawksworth, with closed eyes and uplifted hand and swaying body, and you will hear a shout of victory in the camp!

Perhaps it is the night when the boys have bought sparrows for one halfpenny each and let them free in the chapel, and the tallow candles are scattered, spluttering among those beneath. Or it is the night when the reckless coster rides his donkey through the door among the worshippers? “Not one of these occasions!” Then may he, it is that Sunday night when Mary Maynard finds Christ. She has strolled with another woman companion aimlessly into Cooper’s Gardens and sits yonder under the wooden chandelier. The Word goes to her heart and she kneels in the dim light in submission to her Master. What a shout of “Glory” goes up as another soul is won for Christ! If only they knew, these simple souls, what a woman for God and the Church Mary Maynard will become, how mighty would their Hosannas be!