You are here: HomenextPlacesnextLondonnextPoplar Circuit, London 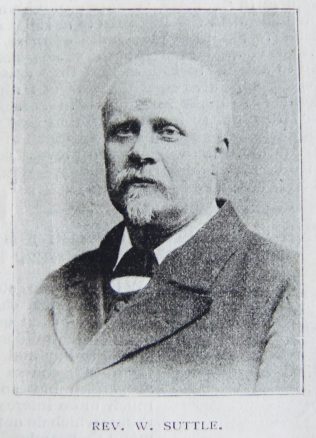 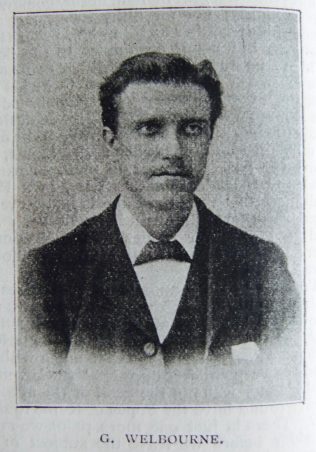 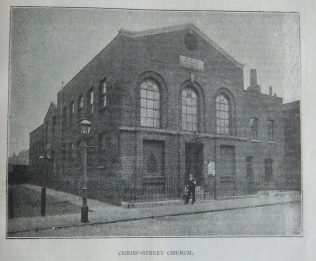 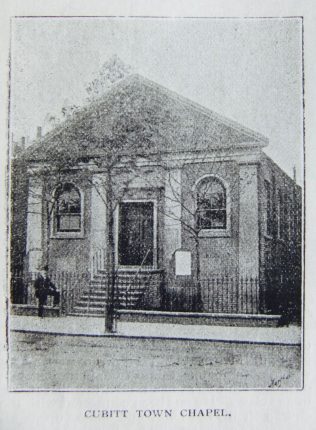 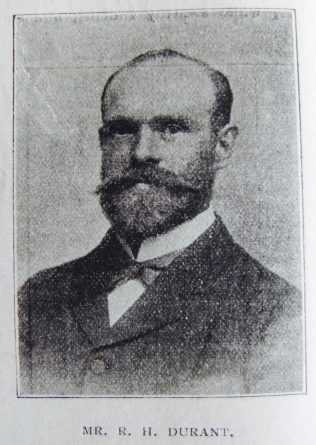 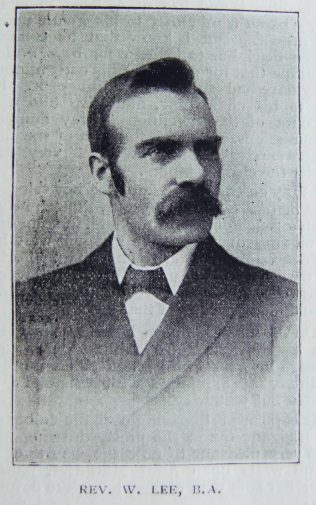 Transcription of Article in the Christian Messenger by W. Lee

The Poplar Station is one of the oldest corners of our Metropolitan vineyard, and was known in the days when London circuits could be denominated easily by numbers, as ‘London Third.’ Chrisp Street

Chapel, the present head of the circuit did not then occupy that position of pre-eminence; this distinction belonged to that ancient connexional ‘Mecca,’ old Sutton Street, a place hallowed with gracious memories and rich in the associations of a splendid past.

The circuit has not only lost its original and honoured head; a considerable portion of the body has likewise gone. There was a time when there were fifteen or sixteen places on the plan, now Poplar is a compact station consisting of only four societies. At one time the circuit’s boundaries reached out into the remote east of the metropolis, and stretched away across the Thames to Woolwich and Plumstead; now it is confined within a comparatively narrow area. Stepney Green, Canning Town, East Ham, Upton Park, Woolwich and Plumstead have all been formed from territory once included in the geographical area of this circuit, and look upon Poplar as their mother circuit.

But Poplar harks back to the time when London was a mission of Hull Circuit, and is inseparably connected with the very beginning of London Primitive Methodism. There is an old Trustees’ Minute Book in the Circuit Safe which travels a long way back into ancient history. The first entry in that interesting book is as follows:- ‘Minutes of a meeting held at the Blue-gate Fields Chapel in the Borough on the 6th of October 1831.’ A little farther on there is an account of the building of Sutton Street Chapel, with a ground plan of the premises drawn by the hand of the sainted John Flesher. There are entries in the writing of Holliday, Ride, Garner, Lamb, and Toulson. To the historian and antiquarian that book would be of almost priceless value. Side-lights on-our history in London at any rate could be drawn from its pages, now yellow with age.

It is not, however, of the past, with its old-world memories, that we are expected to write, but of the living, aggressive, energetic present. And Poplar has a present of which she is proud – is, indeed, a live circuit, throbbing with vigorous life, and the evangelistic passion – alive, above all things, to the supreme need, of making known the unsearchable riches of Christ to the weary toilers in the East-end of this great city.

Chrisp-street chapel, which is making preparations to celebrate its Jubilee in 1900, and hopes then to pay off the last instalment of its debt, is situated in one of the busiest thoroughfares in London. Chrisp-street is a daily market, and there are seven days in the week in Crisp-street. On Sunday mornings trade is almost as lively as one any other day of the week. Often the discordant voices of the costermongers crying their wares rise above the voice of praise in the house of God; nevertheless a good congregation gathers for worship Sabbath after Sabbath.

Almost every conceivable commodity may be purchased in this busy mart, and all the week through it is thronged with as motley a crowd as ever packed an Eastern bazaar. Jew and Gentile are found in keen rivalry as traders, while swarthy Indians, and squat-featured Mongolians are jostling and elbowing each other as buyers. It is in this unlikely thoroughfare, and amid these strange surroundings, that one of the most flourishing of our London churches has had its home for the last fifty years. Here are maintained in healthy exercise the numerous institutions common to our Methodism. Hearty Sabbath services – especially hearty is the congregational singing – aggressive open-air evangelism, healthy class-meetings and Christian Endeavour Societies, a splendid Sunday School, an overflowing Band of Hope, and an active Tract Society – these are the institutions which make Crisp-street church a veritable spiritual hive. The church has adapted itself to its peculiar environment, and strives to meet the needs of its cosmopolitan constituency, hence it lives and thrives; yes, and secures respect in quarters where one would least expect  The very roughest of the costers have a good word for the ‘Chapel in the Street.’

There is another feature of the life of Chrisp Street church which is worthy of remark, viz., the circumstance that many of its present officials and members are the sons and daughters of men and women who occupied these positions before them. Our present worthy circuit steward, Mr. R.H. Durant, a portrait of whom accompanies this sketch, is an instance of this. He was at one time a member of the infant class. He has been connected with the church all his life long, and has occupied almost every official position. For thirteen years he has been the leader of the society glass, which the late Mr. Martin Gleghorn and his now sainted father previously led. For the past seven years he has ably filled the position of circuit steward. As a member of the General Committee and as delegate to District Meetings and Conference Mr. Durant is known beyond the bounds of his own circuit, and this year the District Meeting at Luton honoured him by electing him to the vice-chair of the Assembly.

Our second church is situated at Cubitt Town. Cubitt Town is located on the celebrated Isle of Dogs. But ‘Isle of Dogs ’ is a misnomer, and Cubitt Town is really a pleasant suburban district, and the church life there presents many suburban features, without the worst element in suburban life, namely, a fluctuating population. The society here shows great wisdom in devoting a large share of its attention and thought to work amongst the young. There is consequently a fine Sunday school, staffed with the best brain and heart of the church, a large society of Christian Endeavour, and a well organised Band of Hope. The Sunday school for many years led the London districts in its contributions to our African Missionary funds. In recent years this proud pre-eminence has been wrested from Cubitt Town by our pushing neighbours at Stoke Newington; but the old missionary traditions are not unworthily maintained by a school which annually sends more than £20 to the African fund.

The chapel is an excellent and attractive building and has very little encumbrance in the shape of debt. It is well situated in the Manchester Road, and under the energetic ministry of the Rev. G. Welbourne the church is realising much blessing and success.

On the western side of the Isle of Dogs our Millwall chapel is situated. This chapel was built under the superintendency of the Rev. R.S. Blair, and was freed from debt while he was on the station. Some years ago we had a large congregation and a strong society at Millwall, but owing to disastrous strikes among the dockers, and a diminished trade, a large number of our best families removed from the neighbourhood, and the society has never recovered from their heavy losses. Nevertheless there are growing signs of increasing vitality and revival, and in the abundant young life of the large Sabbath school and the healthy society of Christian Endeavour, we read the promise and prophecy of better things.

Coming back to the ‘Mainland,’ there remains the flourishing society at Benledi Street. Here we have no chapel proper, but a small building which was bought about seven years ago and adapted to our use. The building had been rented and used for worship a dozen years before the property was purchased, but since the building became our own the society has taken a new lease of life and grown wondrously; especially has the work advanced during the last three years. The membership has grown from twenty-four to forty-eight; and the quarterly income has more than doubled, while the ever increasing congregation is now too large for our straitened accommodation. The call to arise and extend our borders is daily becoming more imperative and ere long we expect to provide much better accommodation for the church and congregation at Benledi Street.

The Rev. W. Lee, B.A., the present superintendent minister, is just closing a successful three years term on the circuit, and before these lines appear in print will have been succeeded by the Rev. W. Suttle, of Baldock, who comes to a sphere of toil crowded with splendid possibilities and opportunities.

The second minister, the Rev. G. Welbourne, came to the circuit at the expiration of his probation a year ago, and has already won for himself a high place in the esteem and love of the whole circuit. He is a preacher of considerable ability, and a worker of untiring energy. Until Mr. Welbourne came the circuit had been served by one married and one single minister. And there were those among us reluctant to entertain the idea of taking an additional married minister when the pledge expired in 1898, but the result has fully justified the venture. At the end of the first year of the new order, the second minister’s home has been furnished at a coat of £100, and there is a substantial balance in the circuit funds of £18 10s.

Here, then, in the heart of the East End of London , confessedly a difficult district to work, the Poplar circuit is demonstrating the power of the gospel of Jesus Christ to bless the people, to gladden their sordid lives, and to transform and renew their hearts. In Poplar we find the gospel is the power of God unto salvation to every one that will believe.