Background to the building of new premises in Dorset Road, North Brixton 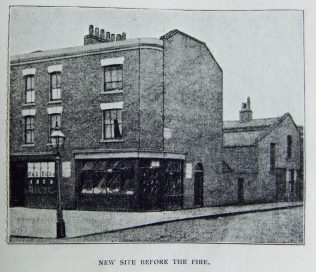 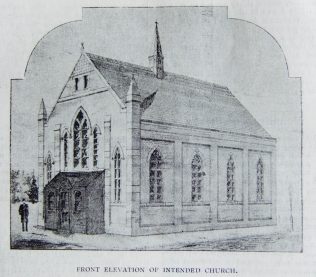 Transcription of an Article in the Christian Messenger by Thomas Clamp

For some time past it has been a matter of anxious speculation as to what would be the ultimate fate of our cause in Hackford Road, North Brixton, S.W., on account of some peculiarities of the structure in which for fifteen years our cause has made its home. Some have pessimistically declared that its dilapidated condition pointed to possible collapse. Its ‘long-by-narrow’ construction has not added to its utility as a spiritual workshop. It is scarcely to be expected that an ideal chapel can be found in an adapted coach-builder’s workroom. A periodical visitation of unsavoury odours does not add to the value of a house of prayer, neither does it help, in these days of refined taste, to fill it with worshippers or add to their spirituality of mind when in attendance. And when it is regarded necessary to advertise a chapel as being ‘at the back of . . . . . . church,’ it not only suggests to the average mind that you have gone seriously out of the way of the populace, but provokes the inquiry as to whose church you are most effectively advertising – your own or another. But real as were these several drawbacks, they were scarcely thought of in face of the stern fact that the old place, with all its faults would, on account of expiration of lease, shortly be ours no more.

Three years ago it looked as though we really must give it up. No available site could be thought of; and then if one should be discovered, what of the cost? What hope could there be of the possible survival of a church of sixteen members with a site fund of only £20? A little later when the Treasurer, Sergeant G. Patten, of the Metropolitan Police Force, was promoted, and with his excellent wife left the station, it looked for a time as though the last chance had gone.

At this point the opinion of several gentlemen outside our own Church was sought – men of repute for business insight and sound judgment – who had from time to time helped this struggling cause to live. In several instances the idea of giving up was denounced in unsparing terms, and encouragement offered with a view to our continuing the work. Notably among these was Douglas Young, Esq., Surveyor, of Brixton and Coleman-st. , who with characteristically practical sagacity, suggested a memorial to the Ecclesiastical Commissioners, to whom the property reverts, to assign us a suitable building site in their arrangements for re-modelling the estate. He subsequently drafted the memorial which was, by special vote, signed on behalf of the General Committee and District Chapel Committee, as well as by the circuit and society officials. After several interviews at the offices of the Commissioners, an excellent corner site was assigned us on one of the most important thoroughfares in South West London. But the outlay involved in the conditions compelled us, though with great reluctance, to abandon the scheme.

At this time a good corner property in Dorset-road was advertised for sale by auction at the City Mart. The newly appointed treasurer, Mr. J.E. Smith, of London Fern Nursery, and the circuit minister, attended the sale, and bought the property for £1,050. It is copyhold at the present, and subject to a charge of two pence a year ‘for ever,’ but with no interference or restriction as to its use, and an undertaking is given that, without any time-limit, it shall be made freehold by paying the Lords of the Manor compensation for their rent and the stewards’ fees, and in the event of a dispute on the question of compensation, it can be referred to the Board of Agriculture for arbitration. The purchase included two shops in Dorset-road, yielding a net rental of £68 a year, and a cottage in Kibworth-street yielding a gross rental of £20. It was intended to displace the latter by a school-chapel, and collect the shop-rents for a few years, then eventually build a chapel to the front.

But a surprise awaited us. Late one afternoon a telegram was handed in, which read: ‘Shop, 99 Dorset-road, burned out. Come at once.’ We came at once, to find the corner shop in blackened ruins. A detachment of the Metropolitan Fire Brigade had just left, and a bulky representative of British law was in undisputed possession.
‘How came it about, officer?’
‘Cannot say ’spects it fired itself.’
‘Insured?’
‘The owner hopes it is.’
‘Did I understand you to say it fired itself?’
‘Isn’t that how all such things come about?
You try to get further than that if you can. Don’t you know that it’s always a cat or a rat that does this sort of thing. Or, what’s most wonderful of all, if you are to believe what you hear, it’s done itself.’

Not being able to elicit more we flew to our ‘conditions of sale,’ and nervously read until we came to a vague reference to ‘insurance,’ when we breathed with much greater freedom. Armed with these ‘conditions’ we invaded the office of the Connexional Solicitor at the earliest opportunity the morrow morning gave. In these elevated city quarters ‘we heard words it is not – well, to say the least, it would be unwise ‘to utter,’ in this connection. Suffice it to say we left less optimistic than we entered.

The opinion of an expert in connexional insurance was sought and he ‘feared it would be dead loss.’ Eventually it turned out that a policy of only a few months old was held by the vendor on an office highly reputed for its respectability and honour. Its history is both brief and simple. The Auctioneer on being instructed to sell, holding as he did, an Insurance Agency, saw, with the usual eye to business of his kind, an opportunity for an extra item of business, and so introduced to his client the question of insurance. A proposal was made and accepted, and a policy issued, and on this policy a claim was now preferred. As the vendor had not completed her contract by handing over the property, she was regarded by the office as a Trustee to our Trustees and a claim for £375 was paid the vendor, and deducted by us from the balance of purchase money.

This has completely changed our position. It is intended now to let the cottage, which is not damaged, remain and collect its rent, remove the ruins and the shop next to them, add the insurance money to our building fund and build a chapel to the front instead of a school room at the side. The outlay, including site, will be about £1,900, towards which we have about £700, and £50 in good collectable promises. The cottage rent will pay interest on £400 and we shall be freed from £10 ground rent now chargeable on the old chapel.

The site is situated on a good main thoroughfare, which must continue to rise in importance. A vast labouring population crowds in upon us on every side. There is no place of worship for some distance, and judging from the reception given recently at an open-air service, our work is likely to be appreciated. It is two miles south of Surrey Chapel and we have no society in the intervening district, it is also midway between New Road, Battersea, and Kennington Chapels.

It is intended to commence building in the early autumn and the edifice will be a monument to the courage, energy and liberality of a society which lives because determined not to die. Fewer difficulties have many times outmastered organisations of double the strength. It is, however, necessary to raise £350 by July next and any to whom God has given the power to render assistance can find few worthier objects upon which to bestow it.