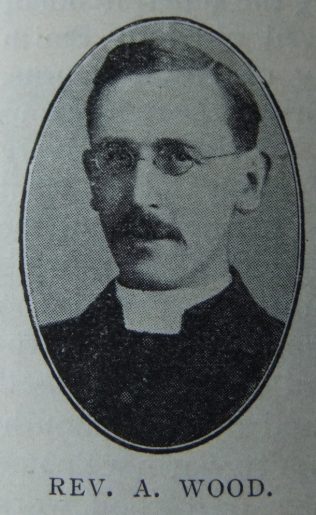 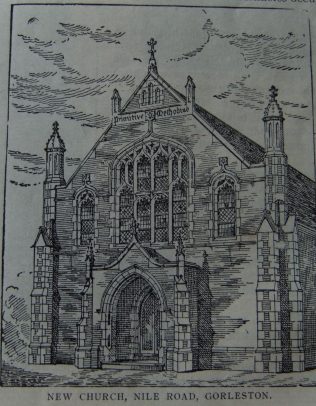 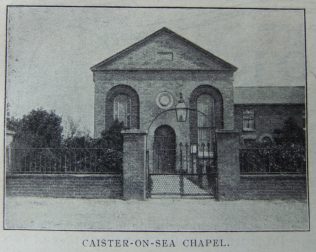 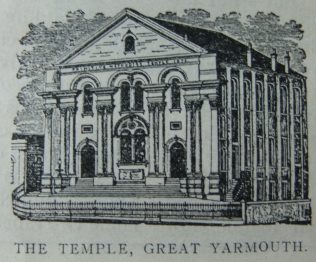 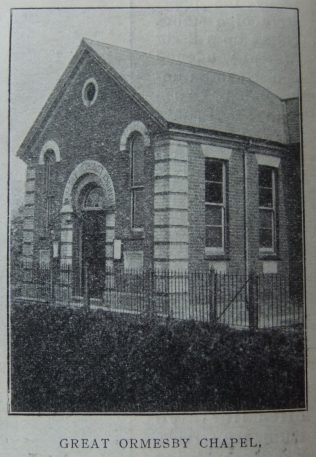 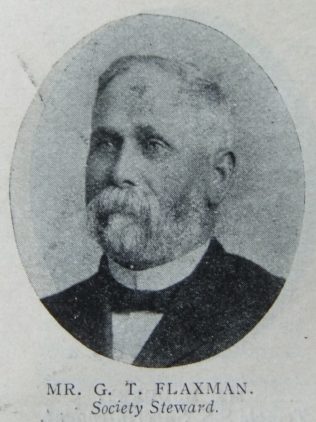 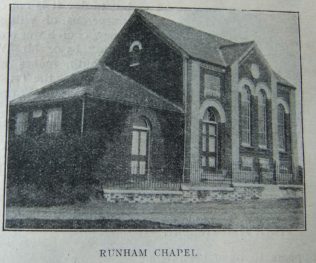 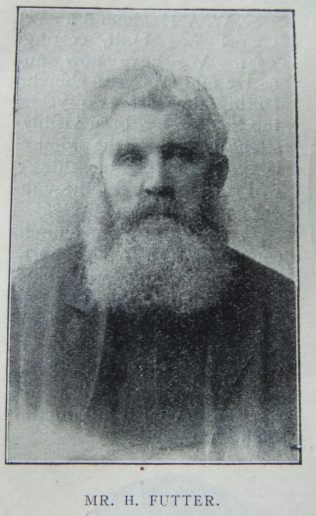 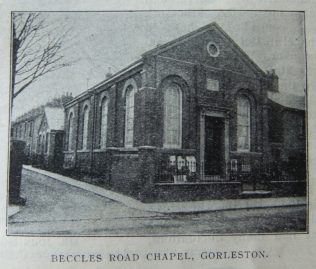 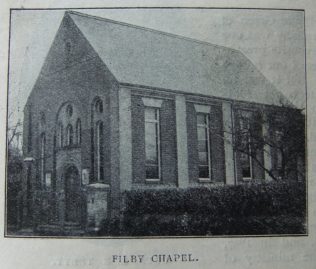 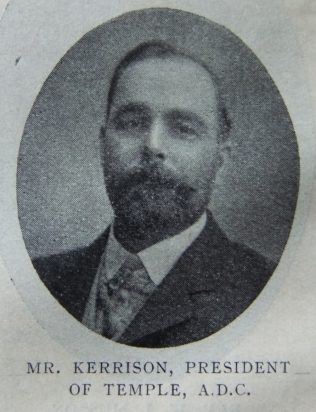 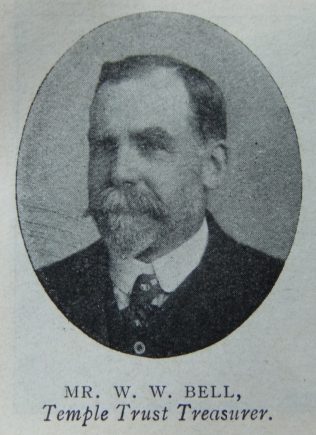 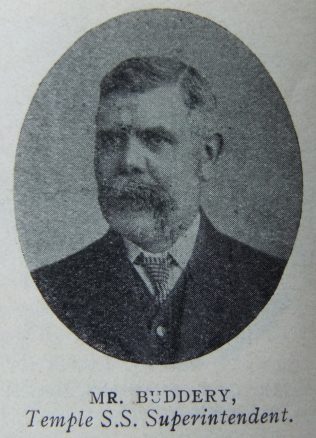 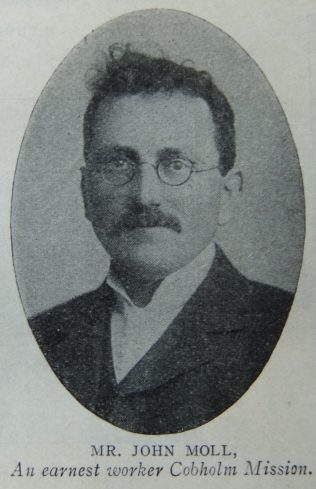 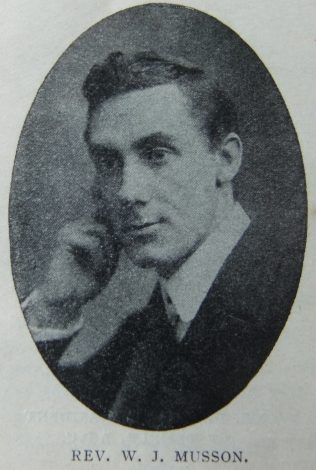 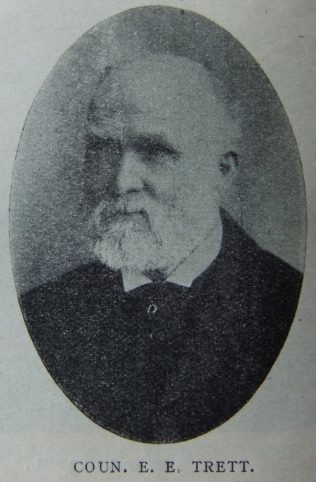 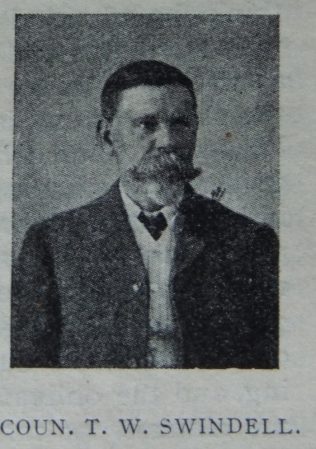 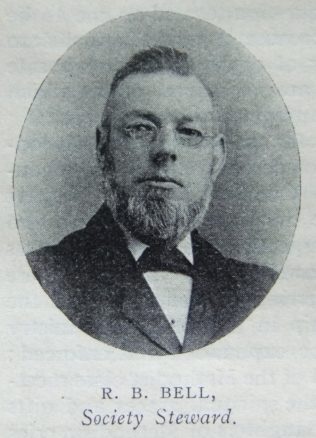 Transcription of article in the Christian Messenger by Rev Arthur Wood

The beginnings of the Gt. Yarmouth Circuit, like most of our other Circuits, were apparently insignificant. But what potentialities lay in that early Primitive Methodism! From Norwich came the first pioneers in the persons of the Rev. J. Brame and Mr. J. Turnpenny.

Very soon regular services were held in an old hayloft, which stood on the site which the present temple now occupies. It was really the upper story of a stable. Going up a flight of steps you found yourself in an undecorated room with small-paned leaded windows. The early Primitive Methodists were not able to worship here unmolested, for was it not in the Hayloft that one Mary Poppy “who was great at prayer” had a deceased cat flung in her face. Pocketfuls of live sparrows were often liberated during the service. The floor not being in good repair, now and again a stable broom would be thrust through it. Inside and outside the early Primitive Methodists had a hot time of persecution. Yet wondrous success attended the work. Christ and His salvation was their passion and hundreds were won to the cause. From this centre men and women went far and wide heralding the good news of the Kingdom. Circuit after circuit has been made from the original. Only at the last Conference the Yarmouth Second Station was sanctioned, and there are signs that this, another offspring will prove worthy of the tradition.

At the head of the present Great Yarmouth First Circuit is the Temple, with a membership approaching 200. Following the old Hayloft came two tabernacles occupying the same site. Then came the Temple, the building of which must have been a most heroic effort, equalled notwithstanding by the persistent labours of those who have toiled to clear the building of debt. Visiting Hull in 1874, Mr. T.W. Swindell and Mr. R. Bell were impressed with the Jarrett Street edifice. Both came to the conclusion that they were no up-to-date at Yarmouth. They said so, and it led to vacating the Tabernacle for the Temple. It is most interesting to discover how the Temple got its name. “Church,” it seems, was mooted as an appropriate name for the new building. But old George Bell cynically remarked “You’d better call it a Temple straightaway.” “Good,” said Mr. T. W. Swindell, “that‘s just the very thing,” and the new structure became known as the Temple. It has cost £7,000 in all. To the credit of workers past and present let it be known that to-day only some £500 remains as debt. An annual bazaar held now for thirty years has been the main means by which this large sum has been cleared from the debt. In the winter the rule is a tea meeting every week, the proceeds of which go ultimately towards the reduction of the debt.

Further extension work is in view. Recently a considerable piece of land was bought adjoining the present inadequate schoolroom, which will give space for an up-to-date schoolroom to be built, we hope, in the near future.

Spiritually the church prospers. A weekly prayer meeting is able to stand “the season”; no small triumph in a pleasure seeking place such as Yarmouth. This is a sure criterion of the Church’s spirituality. Through the last season this meeting was well attended, and altogether it is a great source of power. The C.E., Sunday School, band of Hope, and Mutual Improvement Class are all well staffed and doing excellent work. Mr. G.T. Flaxman and Mr. R.B. Bell make excellent Society stewards.

Scratby has second place on the plan. It is by the sea, five miles from Yarmouth. Our pioneers saw it added to the Circuit in 1834. In 1858 a little chapel was built on the cliffs costing under £90. This chapel was taken away by sea but not before a beautiful new one had been erected further inland, during the ministry of the Rev. T. Meakin, costing £427. Mr. H. Futter, be it said, rendered yeomen service in the erection of this new church and still takes a lively interest in the progress of the church. Fine work for Christ is being done at Scratby to-day, our work amongst the young people being an outstanding inspiration.

Then there is Caister-on-Sea, a spot few visitors miss. It was missioned in I833. In 1865 the old shed-like chapel in the lane was substituted by a beautiful little chapel by the side of the main road from Yarmouth, the Rev. E. Blake being the superintendent at the time. Here lived old lady Smith who had much to say of Hugh Bourne. Her humble thatched house was the rendezvous on Sabbath nights for the locals. Every Sunday many locals went out past her home and she would not think of retiring to rest until every man who had gone out in that direction had reported himself and passed on to Yarmouth. Visitors get a warm welcome at Caister, and good work for God is being done in all seasons of the year.

At Beccles Road, Gorleston, we have a church with fine opportunities. From the records it appears to have been some time before our work became established here. But through many ups and downs the work has continued. The old chapel in Burnt Lane, by no means attractive to look upon, was the place where many saw the light. To-day a neat edifice stands on the Beccles Road, erected when Rev. W. H. Meadows was Superintendent, and enlarged during the ministry of the Rev. W. Hammond.

Runham, a quiet hamlet on the banks of the Bure, was missioned in 1833. The cause has had many fluctuations, but today it is one of our most prosperous of village Societies. A new church was erected in 1902, costing £350. Mr. W.W. Bell, of Yarmouth, makes an excellent treasurer for the Trust, and led by him, a host of Yarmouth Primitives take a great interest in the work. Runham is one of the best known of Primitive Methodist churches because of the annual sale of a penny tin of mustard at its Harvest Festival. Last year this penny tin of mustard sold for 30s., and the account of this novelty was published far and wide by the daily papers.

The village Green of Great Ormesby was one of the favourite preaching places of our fathers in 1836. But it was no easy matter to get a foothold in the village. While it was being missioned, one of the inhabitants declared that there was not one person in the parish who professed religion. No! not even the parson. But persevering zeal was rewarded, and in 1897, during the ministry of Rev. W. A. Hammond, a new chapel was built, costing £531. We have now an active and successful church. During the last two years the Society has been visibly strengthened, and the promise is that even greater things will yet be wrought through our church at Ormesby.

At pretty Filby our church cannot be said to be robust. We have a commodious building standing near the Filby Broads. Mr. E.E. Trett is Society Steward, and along with other faithful workers, is doing lasting work for Christ, principally among the young in the village.

Our society at Nile Road Gorleston is one of the most progressive on the circuit. Some fifteen years ago the, late George Taylor saw the possibilities for service before our church in this neighbourhood and through his energy a small iron building was erected in 1894. This building is now altogether inadequate for our work. On September 30th last, the Foundation Stone Laying Ceremony of a worthier structure took place – a building which is to cost £1200. That day saw an encouraging start made Laudable attempts are being made by the circuit to utilize the opportunities afforded in this part of Gorleston. The prospect is bright and no doubt we shall very soon have here a strong and useful church.

Cobholm Mission, in a populous part of Great Yarmouth, is a child of much promise. Negotiations are proceeding for the purchase of a site on which to erect a new mission hall. Better workshops here would mean better and more work. The work is ably led by Messrs. J. Roberts, W. Wright, and J. Moll.

From the first the circuit has taken a genuine interest in Missionary work – particularly foreign. At the inception of our African work it was one of the first circuits to show practical interest. To-day Missionary enthusiasm is alive.

Another notable feature of our work is the Annual Circuit Rally held at the Temple in May. Organised mainly by Councillor T.W. Swindell it is the day of the year. Annually it proves of immense inspiration to all parts of the circuit. The handbook issued on these occasions has been described as being worthy of a Conference.

In the circuit are untold potentialities. A united spirit prevails. Under the leadership of the Holy Spirit the circuit will surely see many days of triumph.