You are here: HomenextPlacesnextNorfolknextOur Church in Norwich

Our Church in Norwich 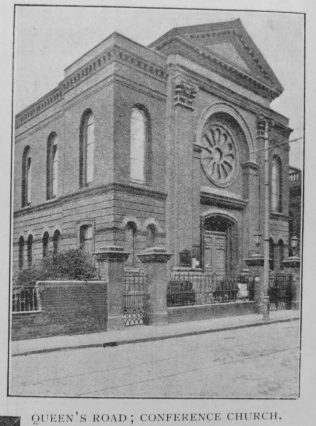 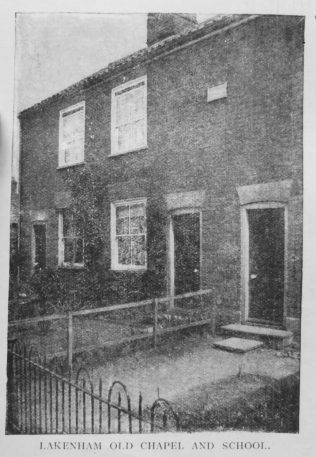 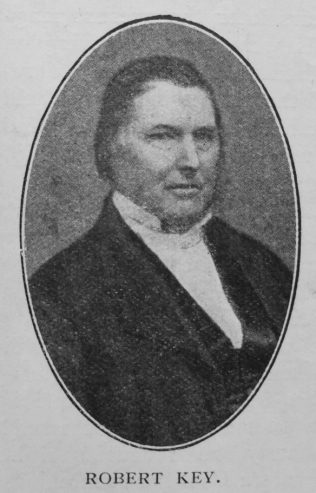 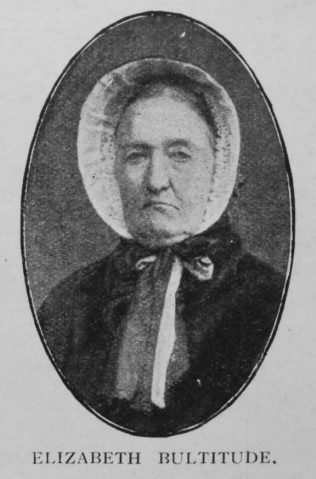 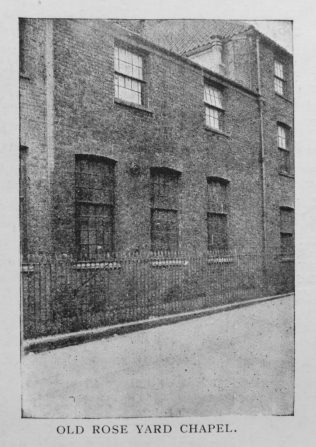 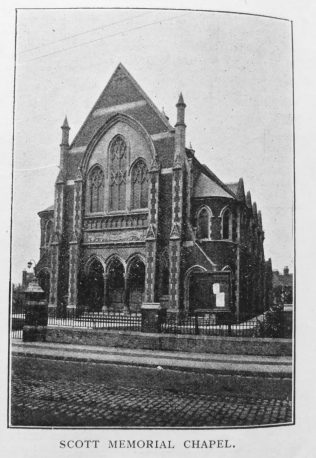 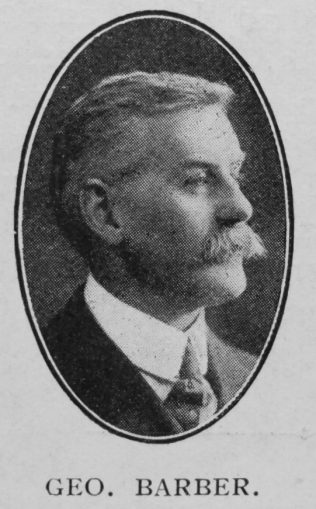 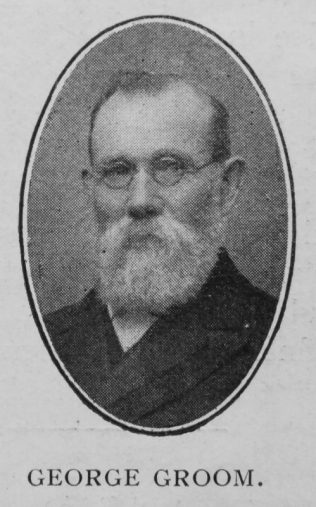 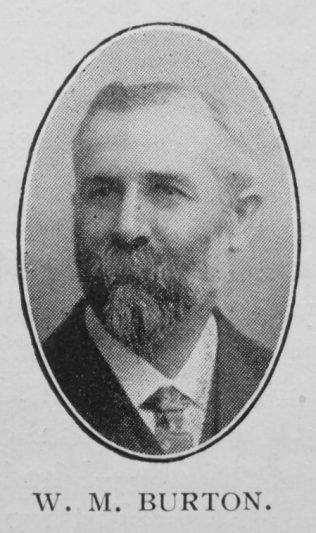 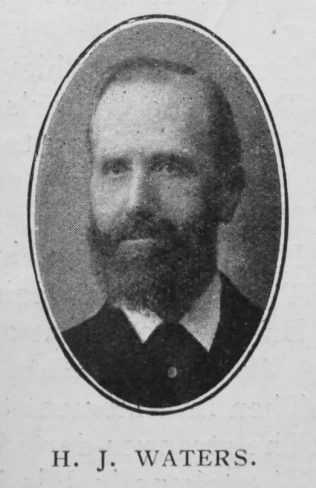 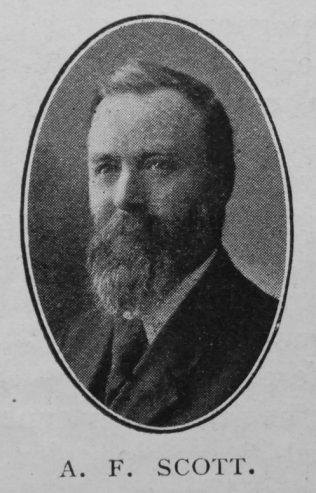 Transcription of article published in the Primitive Methodist Magazine by W.A. Hammond

HOW did Primitive Methodism first find its way into Norwich, and what have been the chief events of its history in the city? These questions will be asked by many a delegate and visitor to the Conference meeting in this place of churches in this year of grace 1912. Let us try to answer them as best we can.

Know, then, that according to generally accepted local tradition it was John Oscraft who had the honour of being our pioneer, and that it was on Mousehold Heath that he planted the standard so long ago as 1821. One wonders at this day that it was found possible by an unknown evangelist to attract a crowd of hearers to this place. But so he did and the word was with power. From this external field the war was carried into the city itself. A small and feeble invasion it must have seemed to cynical onlookers or bitter opponents, still small as it was, from that day to this the invading hosts have never been expelled or repulsed, but have steadily pressed on, winning still more and more of the city for their Lord.

Pockthorpe lay just across the river from the Heath. In those days it was regarded as the most degraded part of the city. The soldiers’ barracks were near and camp followers in abundance made it their rendezvous. Decent folks refrained from passing through the district, and its name was known throughout the city as a byeword and reproach. But Wesley’s maxim ruled our leaders then. They always went to those who needed them most. And into this disorderly and disreputable neighbourhood these missionaries of the Cross eagerly entered, and there they won glorious trophies for Jesus Christ.

It was not long after the coming of Oscroft that the first preaching place was acquired in Rose Yard, and subsequently the present Chapel in Cowgate, on the northern side of the city, was built. It was an heroic venture and the Church has not been without its struggles since, but it has had its triumphs too. Wm. Clowes visited the struggling society in 1830 and 1831 and, as a result of his visit, Rose Yard became a branch of Hull Circuit.

What has Hull not done? What heroic enterprise has it not undertaken? David Beattie was sent as a missionary from Hull and laboured with considerable success, so that the membership of the station sprung up from 109 to 533, and, though the course during subsequent years has not been smooth or even, Cowgate Church has continued to do good work to this day. Its schools have been of untold value to the neighbourhood, and, though it has suffered like all “down town” churches, it holds on its way bearing testimony to Christ.

Meanwhile a new movement sprung up on the southern side of the city. A loft was taken for preaching services in the parish of Lakenham and in this upper room much good was done. As early as 1830 a chapel was erected in “Chapel Loke” a narrow lane running from Hall Road into Queen’s Road. A bold step was this, but it was soon justified.

Old Lakenham Chapel was for many years the scene of wonderful exploits. Here mighty men laboured and marvellous achievements were wrought. There were giants in those days—men like Thomas Charlton, Richard Howchin, Thomas Batty, Robert Key, John Winkfield and others among the travelling preachers; among the laymen Thomas Applegate, Edward Reeve, William Elmer, John Aldous, George Eggleton, Samuel Jarrold, Samuel Spinks, George Groom, and William Morter. How grandly they laboured and how gloriously they triumphed! The little church which had cost £360 to build was enlarged at a cost of £900, and then in 1872 gave place to the fine “cathedral” in Queen’s Road in which this latest Conference is being held, as was the Jubilee Conference in 1892.

They were glorious days for Primitive Methodism in the city, when under the leadership of Rev. George Seaman, then in the prime of early manhood, vigorous strong and enthusiastic, the new enterprise was started. It was a new departure and the wonder of the whole District, but it soon vindicated itself. The new chapel was crowded to its doors every Sabbath. The whole neighbourhood was swept as by a Divine impulse. The School beneath the Chapel was soon overcrowded and a few years later the present magnificent schools were erected, giving to Primitive Methodism a place in the religious life of the city it had not held before. Queen’s Road Chapel and Schools are well worthy of a city of churches.

Simultaneously with the rise of the Lakenham Church a new growth sprung up on the opposite side of the city. In 1864 a good chapel was built on the main Dereham Road at a cost of £1,300, to which schools were subsequently added, very largely through the energy and Iiberality of Robert Key. What a name is his! What a personality he possessed! How triumphantly he laboured right through the Eastern Counties; marching, literally marching—from town to town, conquering gigantic forces of evil and leaving well established churches wherever he went! It is not surprising that toils such as his led to early superannuation, for into the comparatively few years of his active ministry he crowded more abiding work than many men accomplish in double the time. Then when superannuation became a necessity, and he “settled” down in Norwich, it was not to idle retirement. His was the statesman’s outlook as well as the evangelist’s passion. Out of his own slender resources he gave abundantly to build the Dereham Road Chapel and to add to its school accommodation, Here fine service has been done for the youth of the city. Here a host of school workers have lived and toiled, and out of those schools scores of young men and maidens have gone forth to enrich the world with their transformed lives.

No one can forget the names of men like James Frost and William Barrett, who led the Church and the School until they were called to their reward. The present need of our Church at this end of the city is new premises for all purposes. Old men and young men have dreamed of this for years. Apparently insuperable difficulties have stood in the path. “Property, property, property” long blocked the way, but lately the vision of a brighter future seems to be dawning. The city expects that Primitive Methodism will be true to its past and meet the needs of the hour at Dereham Road.

But nothing in Primitive Methodism has been finer than the erection of the “Scott Memorial” Church near the main railway station at Thorpe. Jonathan Scott was another “superannuated” minister who “settled” in Norwich, and could not rest. He saw the needs of this new suburb and the splendid opportunity it afforded for aggressive spiritual work, and with unfaltering insight and courage secured a site on which a school-hall was erected, and a congregation, church and school  gathered. It was the beginning, but only the beginning. Ardent souls yearned for larger schemes, and when the new venture was made into a branch of Queen’s Road and Rev. John Smith was appointed to it, the time of their advance had come. No one will ever know the inner history of the erection of that splendid church though the outer history may easily be recorded. But the hopes and fears, the difficulties and triumphs, the skill and statesmanship, the devotion and sacrifice occasioned — these can never be told. Dr. Jowett finely says, “It’s the bleeding hand that tells.” If so, the bleeding hand has been laid upon many of the stones of this beautiful building, and the bleeding heart as well; but they have “told,” and now the the church stands freed from debt with a fine congregation, and a splendid ministry to enrich the neighbourhood and add to the religious forces of the city. To some of the early pioneers the “Well done!” of the Master has already been spoken, but to those who remain the “Well done !” of the Church may well be expressed. The whole effort only shews what can be done when noble hearts are willing to pay the price and make sacrifice in service.

Thus the Conference meets in a city hallowed by precious and stirring memories. Our progress here may not have been as great or as rapid as in some of the Northern and Midland centres where new forms of business have meant quick increase of population and wealth, but in no city have finer devotion been shown, nobler service rendered, or more abundant work done. Its “Rosary,” the first cemetery in England, and its newer cemetery contain the remains of saintly men like Robert Key, William Wainwright, George Tetley, William Hammond, Jonathan Scott and George Charlton. Its churches contain their successors in earnest men and women who splendidly carry on the work to-day. To these the Conference will undoubtedly give new inspiration, hope and impulse. May the great Head of the Church richly bless the assembly and the City wherein it meets!