You are here: HomenextPlacesnextNorfolknextLopham: Struggles and Triumphs of Village Primitive Methodism - The Lopham People, Norfolk 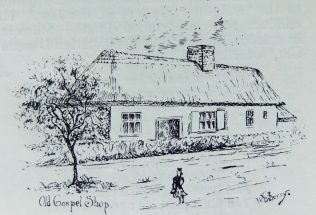 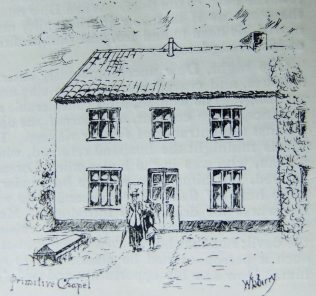 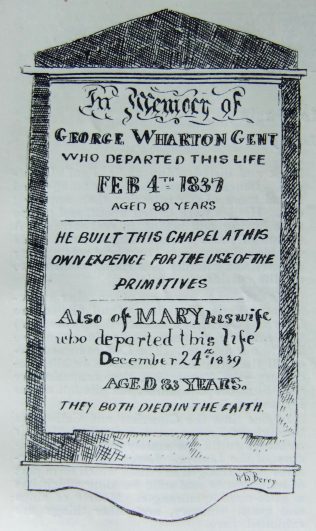 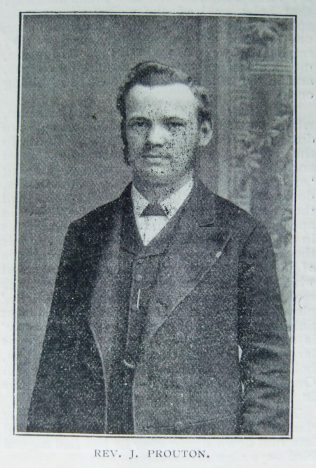 Transcription of Sketch in the Christian Messenger by W.H. Berry

The Rev. John Wesley, the founder of Methodism, is supposed to have first visited the county of Norfolk in the year 1754. The printed records testify to the fact that the Rev. Charles Wesley came first and preached at Fakenham. That place was accredited with being the spot that gave birth to Methodism in the fine old county of Norfolk. Mr. Charles Wesley was well received, and very soon afterwards one Samuel Larwood was sent to Norwich by John Wesley ‘to preach wherever he could obtain a hearing.’ John Wesley is known to have preached at Kenninghall, the next village to Lopham, but there is no record of his ever preaching at the latter place.

In the year 1770, a Mr. Thomas Glover removed from Leicester to North Lopham. Whilst in Leicester he joined the Wesleyans, and as soon as he had settled at North Lopham he invited the Wesleyan Ministers from Norwich to visit Lopham. The ministers came in due course, and the first meetings were held under an old ash tree at the top of the King’s Head lane, and were continued for several years. The Methodist preachers did not meet with much opposition and the preaching soon took hold of the people.

In 1775 Mr. Gooch opened his kitchen for the preachers. Amongst those who accepted Methodism, and who accepted it with right good will was Mr. George Wharton. This was a happy day for Methodism, for Mr. Wharton began to entertain the preachers. He opened his house for service, and the kitchen still exists. It was in this kitchen that Adam Clarke, afterwards Dr. Adam Clarke of commentary fame, was wont to preach when at North Lopham. Under a sermon by Adam Clarke a Mr. Womack was converted, and it is a strange fact to relate that there has always been a Mr. or Mrs. Womack on the class books ever since. The original Mr. Womack is said to have previously ridiculed the movement, and to have taken his old horse to hear the preachers, and to have said it would do the animal as much good as himself. At the open-air services the preachers used to preach sitting on their horses. Mr. Womack was a very influential man, and might have done much good in hls day and generation, but alas! he died the year after his conversion. Mr. Wharton afterwards built a barn for the services, and the society grew apace. A few years afterwards the barn was found to be too small and another chapel was built and a schoolroom.

After the death of Mr. George Wharton, his son, also named George, kept up his connection with the Methodists for a time. Both the Whartons were genuine specimens of the old yeoman type. Their great aversion was pride in any form whatever. Now the Wesleyans were moving with the times, and this did not suit Mr. Wharton, who preferred the old ways. He believed in camp meetings and original Methodism. About this time Mr. Wharton relinquished business in favour of his son George, and removed from the Grange farm to tie house opposite. Mr. Wharton was an ardent musician, and now, having leisure, he spent most of his time playing the bass fiddle. This appears to have annoyed his wife, who did not like the noise. Mr. Wharton subsequently built a shed near the road and he used to go there to play his favourite instrument. The roof was originally covered only with faggots, but it has since been thatched.

At this period the Primitive Methodist Connexion rose and Hugh Bourne and his friends were itinerating, and they were invited to Lopham. They were given this shed to preach in and it was soon given the name of ‘the old Gospel shop.’ It has evidently enlarged, for from our illustration it will be seen now to be a very comfortable thatched cottage. The early Primitive services were held for some time in this place. Some time afterwards Mr. Wharton built a commodious chapel against the house in which he lived. It stands to-day as it stood in the days of Hugh Bourne, and contains the original pulpit, seats and everything as they were. Mr. Wharton built other chapels in the neighbourhood at New Buckenham, Wortham, East Harling, and he gave the use of the Primitive Chapel in Guildhall Street, Thetford. There is a tablet to his memory in the Lopham Chapel, an illustration of which we give. By his will, bearing date January 14th, 1837, he devised the chapels to his son John, and died on the 4th of February of that year. The Lopham Primitives made an amicable arrangement with Mr. Wharton’s devisees, and by a deed bearing date Nov. 11th, 1861, the chapel and adjoining schoolroom were made over to the Primitive Connexion. There are several members of the Wharton family buried in and around the chapel, and in a garden adjoining are graves containing the bodies of Mr. and Mrs. John Rolfe (Lydia Wharton) and Mr. John Bird. A stone has been erected over the latter. The garden is now private property and owned by a descendant of George Wharton.

North Lopham is an old-time place, and is still celebrated for linen weaving. There is some little carried on now, but it seems to be fast dying out. There is still alive a venerable Primitive, now in his 93rd year, who has been associated with Primitive Methodism since its birth at Lopham, and it is the proud boast of Mr. George Nelson Rolfe that Hugh Bourne has often had his legs under ‘his old table,’ by that speech meaning that he had entertained him when itinerating.

Lopham was originally part of the Rockland circuit, but now it belongs to Diss. The Rev. J. Prouton is the present minister, and from his portrait given above he seems a worthy successor of those able men who have preceded him.