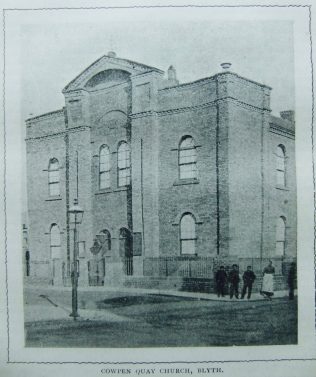 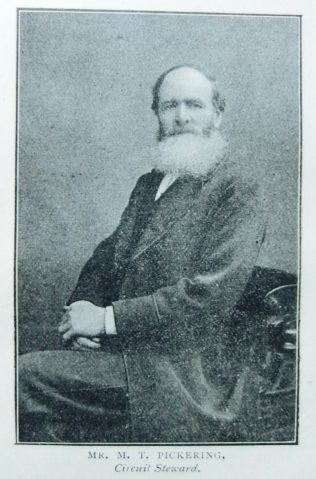 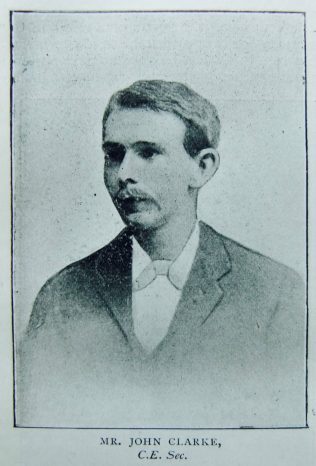 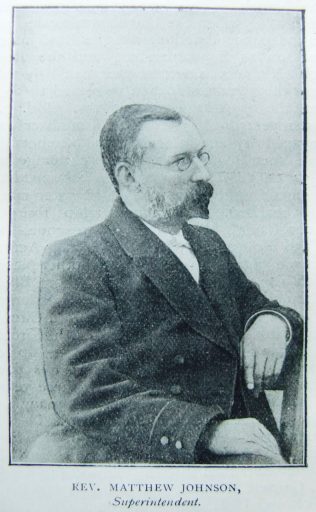 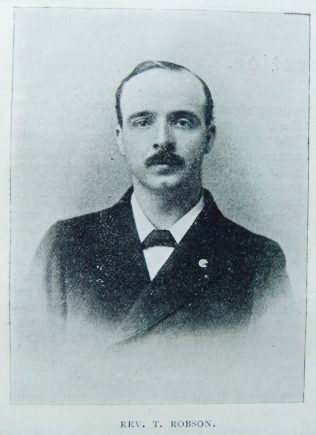 Transcription of Article in the Christian Messenger by Wm. Bowran

Primitive Methodism appears to have been introduced into Blyth in the year 1822. On Wednesday, February 13th of that year, after visits to North Shields on the Sunday and Howden Pans on the Monday, Mr. William Clowes, one of the founders of the Connexion, came to Blyth and preached twice. Mr. Clowes in his journal states: “ Wednesday, 13th, I preached at Blyth, a seaport town about eighteen miles beyond Newcastle. There appears to be an opening here. I preached twice, and some of the people are disposed to unite with us.” The late Mr. Joseph Jefferson, of Cowpen Square, was the first to open his house for services to be held. Meetings were afterwards conducted in one of the rooms of the Grey Horse Inn, and subsequently in a blacksmith’s shop. In 1835 a small chapel was built, but in consequence of failure to properly supply the pulpit the congregation so diminished that it had to be sold. In 1852 another place of worship was erected at a cost of £300.

For more than thirty years after Mr. Clowes’ first visit the little church and others in neighbouring villages were connected with North Shields Circuit. In 1856 Blyth was made a branch of North Shields Circuit, and it included Cowpen Quay (Blyth), Bedlington, Shankhouse, New Hartley (now in Seaton Delaval Circuit), Netherton, Ashington (now the head of a new Circuit), Bebside, Barrington and Guide Post (now in Ashington Circuit). When the branch was formed there were 144 members, and the total quarterly revenue was £8 18s. 1d., the balance of £18 4s. 8d. being paid by North Shields Circuit. The Rev. S. Nettleton was the first minister of the branch. This arrangement continued until 1864, when the branch was made into an independent station, with the Rev. James Jackson as Superintendent, and the Rev. John Nicholls as second preacher. By this time the membership had increased to 297, and the quarterage to £31 18s. 3½d. A dozen years later, when a third minister was engaged by the Circuit, the membership had risen to 939 and the quarterage to £94 1s. 5d. Steady progress continued to be made until 1892, when high-water mark was reached. The membership rose to 1,090, and the Circuit revenue to £159 6s. 11d. The year following Amble Branch, consisting of Amble and other places with 103 members, was formed from Blyth Circuit, and in 1895 a further and larger division took place, when Ashington Circuit was constituted. This left Blyth Circuit with 555 members, and the membership reported to the Conference this year is 600. The Circuit has had during all these years a succession of able ministers, many of whose names are household words in the Connexion. After Mr. Nettleton, the first minister of the branch, came the Rev. J. Matfin, and then in turn followed the Revs. R. Garnett, C. Priestley, Jas. Jackson, John Nicholls, J.M. Dawson, John Elliott, H. Yooll, sen., Hugh Gilmore, John Waite, W. Howchin, R. Clemitson, J. Ritson, M.A. Drummond, Adam Dodds, Robt. Hind, J. Bainbridge, J. Snaith, J. Hawkins, R.G. Graham (twice), J.A. Grainger, M. Johnson (twice), J. Burton,  W. Allison, A.J.  Campbell, Ed. Campbell, F. Richardson, M.T. Pickering, and T. Robson.

With regard to the financial condition of the station we find from the records that the largest increase was made during the superintendency of the Rev. John Snaith. Amid strong opposition he got a collection introduced at each Sunday service, and soon this arrangement put the Circuit into a solvent condition. At the District Meeting, prior to Mr. Snaith coming to the Circuit, application had been made to get rid of the third preacher; but Mr. Snaith’s plan removed the necessity for this, and it, became the invariable rule to have a balance at the quarterly meeting after paying all expenses. The success of this arrangement was even more visible after Mr. Snaith’s removal from the Circuit, as the officials who had at first opposed the scheme joined heartily in working it, and this gave his successor the advantage.

The Circuit as at present constituted is enjoying unparalleled success. The following pithy report of the March quarterly meeting appeared in the Connexional papers: “Blyth. ‘Breaking the record all round’ would best describe our quarterly meeting. Every department greatly in advance of previous years, and contemplate two new missions in fresh neighbourhoods. Addition to ministerial staff to be considered next quarter. Balance, £17 15s. Souls are being saved at six of our chapels. Praise God!” There are twelve societies in the station, viz., Cowpen Quay and Coburg Street, Blyth; Bedlington, Shankhouse, Netherton, Bebside, Barrington, Newsham, New Delaval, West Sleekburn, Cambois and Bedlington Station. Cowpen Quay Church, Blyth, the head of the Circuit, was built during the superintendency of the Rev. M. Dawson. It is a commodious structure, and cost £2,000. Extensive alterations were effected in 1874 at a further expenditure of £600. In March, 1899, the present admirably-arranged and spacious school premises were opened at an outlay of £1,300. The present debt upon the entire premises is only £602. Coburg Street Iron Church, which is an offshoot from Cowpen Quay, and opened in November, 1896, is doing well, and has now 56 members. The present debt upon land and building is £290. The aggregate liabilities upon the dozen chapels in the station are only £1,500.

The Rev. Matthew Johnson, Superintendent, has a capital record as a successful Circuit minister. Born at Benton Square in North Shields Circuit, he became a local preacher when the Rev. John Hallam was Superintendent of the station, and entered the ministry whilst the Rev. John Watson, D.D., was Superintendent. Previous to coming to Blyth for a second term he had spent twenty years of his ministry in four Circuits – five in Maryport, three in Blyth, five in Burnopfield, and seven in Hexham. At Maryport and Hexham he broke the records so far as length of service is concerned. No probationer in the first-named Circuit had stayed more than two years; Mr. Johnson was there five years, and at Hexham, where only one superintendent had previously stayed four years, Mr. Johnson continued for seven years. At Maryport, during his period of service, there was an increase of 77 members, at Blyth 95, and in Hexham 64.

Mr. Johnson is ably supported by his colleague, the Rev. T. Robson, who is a native of Hetton. Prior to going to Manchester College he was a day-school teacher. He has been in the ministry eight years.

His four years’ probation was spent in Bradford, and he was afterwards for three years in Hull. In his present station he has already made an excellent impression, and is winning golden opinions.

The Circuit which has always been distinguished for the large number of acceptable local preachers and capable officials, has sent several into the ranks of the ministry, including Revs. J. Polwarth, D. McKinley, R. Walton, J. Charlton, W. Younger,  J.W. Waddell, M. T. Pickering, and G. Baldwin.

Chief amongst the laymen for many years was Mr. M.T. Pickering, C.C., who filled for a long period the office of Circuit Steward. He was born at Winlaton, and prior to his removal to New Delaval a quarter of a century ago was an official and local preacher in Newcastle Circuit. He was specially devoted to the young, and a successful worker in the Sunday school. He succeeded the late Mr. Robert Wheatley as Circuit Steward at Blyth, and besides being a local preacher and Sunday school teacher was also Secretary to the Trustees at New Delaval. Mr. Pickering, in addition to his being a Parish Councillor, also represented Newsham in the Northumberlancl County Council. He was the father of the Rev. M. T. Pickering, of Jarrow, and another son, Mr. Adam F. Pickering, is also a local preacher and Secretary of Cowpen Quay Trust. His death, which took place on the 4th of August last, was deeply regretted by a large circle of friends. As senior and junior Circuit Stewards respectively the Station Quarterly Meeting has since elected Messrs. J. Johnson and G. Hardy – two brethren who have made themselves worthy of this honour by virtue of long and faithful service. Of the younger men in the station it will not be invidious to mention the name of Mr. John Clarke, the Secretary of the Blyth and District Union of Christian Endeavour Societies. Mr. Clark has been connected with Cowpen Quay Church and school since he was a child, and is now a teacher and local preacher. When the Christian Endeavour Society was formed nine years ago he was appointed Secretary, which position he still holds. Mr. Clark is well known in C.E. circles, and recently a portrait and sketch of him appeared in Christian Endeavour. These gentlemen are typical of the official life of the Circuit. Others equally worthy might have been mentioned, but the exigencies of space forbid. The efforts of Mr. Johnson and his colleague are warmly seconded by a band of men and women who have the interests of the Circuit at heart, and are always eager to do whatever they can to extend its influence and usefulness. Blyth Circuit has done well in the past, but we believe its prospects are even brighter for the future. With frequent conversions taking place, increasing congregations, a steadily growing membership, church extension in more than one direction, and a full exchequer, few Circuits have a more cheering outlook than the one which bears the name of this enterprising seaport town on the Northumbrian coast.