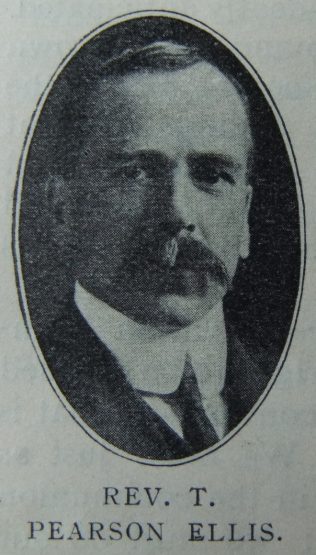 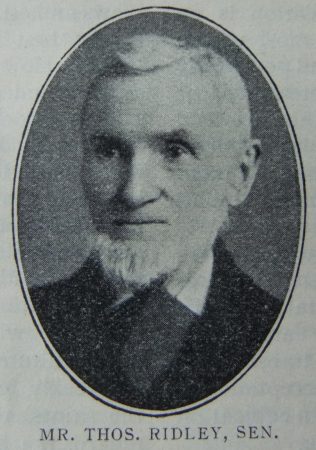 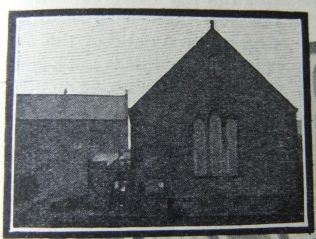 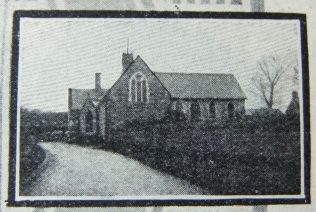 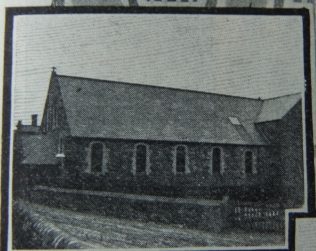 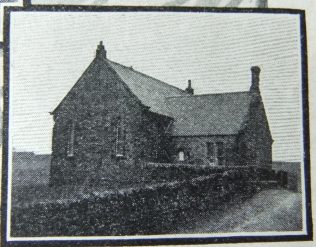 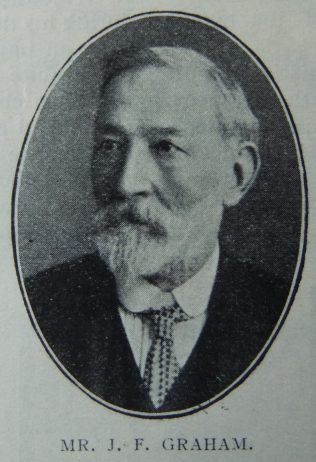 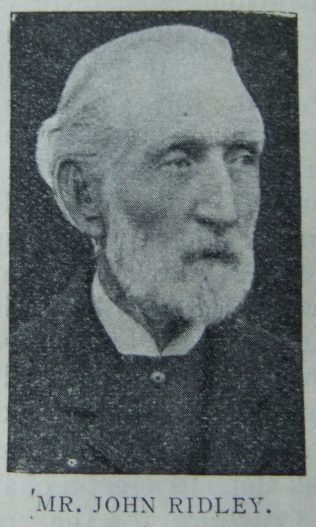 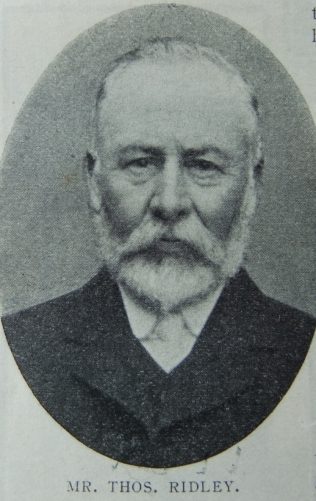 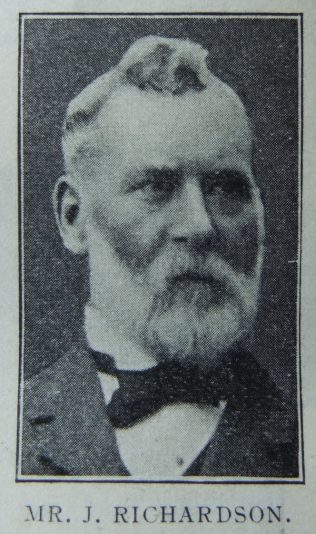 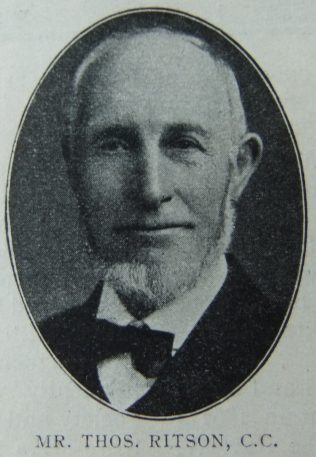 Transcription of article in the Christian Messenger by Rev. T. Pearson Ellis

HALTWHISTLE, situated about midway between Newcastle and Carlisle, is a town of about four thousand inhabitants. It lies snugly in the Tyne valley, overlooked on the South by the rising swell of Plenmellor Fell, and hemmed in on the North by the well known range of basaltic Crag, crowned by the famous Roman Wall. The surrounding district teems with lore and legend and is the happy hunting ground of the Antiquarian. The town has had its ebbs and flows, but at the time the outlook is more promising than it has ever been.

lt is difficult to say when Primitive Methodism was first introduced into Haltwhistle, but this much is certain: when William Clowes visited the town on his way from Carlisle to Hull, he was received into the home of Joseph Saint, at the Dye House, where he conducted a service in the kitchen on December 3rd, 1822, and established a Society. Whether there were Primitive Methodists at Cowburn and Henshaw prior to this date is not quite clear, but probably such was the case.

Be this as it may, to Haltwhistle belongs the honour of building the first chapel in what is now the Haltwhistle Circuit. And what faith it represented! From the time of William Clowes’ visit until 1828, services were held in an old Woollen Factory belonging to “Saints,” and Joseph Saint was the shepherd of the flock. In that year, however, a chapel was built in the “Mill Lonnen,” not many yards away from where our present chapel stands. The Society then numbered four, and at least it can be claimed that three of them were “Saints,” for they were members of the family of that name. That they were generous and full of zeal is evidenced by the fact that they had raised £100 towards the building at the time of opening. This building still stands, but is now used as a dwelling house. As we look at it we think with gratitude and admiration of the small band who toiled and sacrificed to erect it. What men and what women have worshipped in this little place. John Flesher and William Thackray preached the opening sermons and the late Dr. Joseph Parker of City Temple fame, when just a youth made on of his first, if not his first, efforts at public speaking in this unpretentious building. The next chapel to be built was one at Henshaw. This was erected in 1836, when William Towler was superintendent of the Hexham Circuit. Its total cost amounted to £50. The site was given by Richard (“ Dickie”) Thompson, a small landowner and remarkable local character who was converted under Mr. Towler’s preaching. The latter gentleman preached the opening sermon, and it is interesting to relate that we have one  member at Henshaw yet – Mrs. Thompson, of Tow house – who was present at that service and distinctly remembers the text and some of the hymns used at the opening.

It was in 1858 that Haltwhistle Circuit actually came into being, with the Rev. Henry J. Allen as its first superintendent. Prior to this it was part of the Hexham Circuit. The sublime audacity of the officials at that time is apparent when we remember that the Circuit only possessed two chapels – Haltwhistle and Henshaw – whilst services were held either in cottages or rented rooms at other nine places with a total membership of 127. The income for the first quarter amounted to £13 3s. 6d. The Ministers’ salary was supposed to be £16 5s.; but alas, he only received £9 10s. of this meagre pittance. Such were “the good old days.”

For five years there was stress and strain with only moderate success. But in 1862 a new era dawned. In that year the Rev. W.R. Widdowson became superintendent, and during his three years of strenuous labour, he gave an impetus to the station which it has never quite lost. Between the years 1862-1865, new chapels were built at Haltwhistle, Greenhead and Coanwood. The site for the latter place was given by Mrs. Pattinson, of Woodhouse, Coanwood, and to her and her family we owe much. This family is still worthily represented by Mrs Maxwell, daughter; Mrs. T. Pattinson, daughter-in-law; and Mary, grand-daughter of the donor of the site. When Mr. Widdowson came to the Circuit there was much friction; when he left peace prevailed, and the membership had considerably increased.

After the departure of Mr. Widdowson, there was no more building done until 1874. In the meantime, however, the Circuit enjoyed much prosperity under the strong cultured ministries of the Rev. James Jackson (afterwards President of the Conference), and the Rev. William Graham. These men were kings in the pulpit. The Rev. John Gill succeeded Mr. Graham and at once took steps to erect a chapel at Cowburn for the “oot-bye folk.” At that time the services were held in a barn under a dwelling house by the roadside. Mr. Gill bent himself to the task, and not only succeeded in building a chapel, but also established a day school. What a fascinating story could be written of this chapel, out on the great Northumbrian Moor, about four miles due north of Haltwhistle. It was in this little place where the Rev. George Armstrong Secretary to the Centenary Committee, received his first religious instruction. His father, William Armstrong of the Winshilds, whilst a member and class leader at Henshaw frequently worshipped with the Cowburn Society and assisted them in their work. Then there were the Lowes of Galishawrigg renowned for their generous hospitality; Thomas Hogg, full of Scotch metaphysics and poetic sentiment; W.J. Legge, quite a priest in the moorland pariah, and last but not least, the big, sturdy John Heslop with the child heart, a man who presence was a rebuke to meanness and duplicity.

In 1881 additional land was secured at Haltwhistle and a new schoolroom with eight classrooms was built at a cost of £650. Five years later, a fine church was erected at Greenhead, which, at a late date, was enlarged, and a good schoolroom added to it. In the same year a new chapel was built at Henshaw, and in quite recent years a neat schoolroom has been added, so that now we have in this place one of the prettiest village chapels in the country. We now have five chapels with a total membership of 320. The value of the church property amounts to £5,000, whilst our debt is only £250. We have a strong compact Circuit and the general feeling is that, good as the past has been, the best is yet to be.

The historic roll of the Circuit makes fine reading. High principled men who had the courage of their convictions have never been wanting in this Circuit. It has sent into the ministry Powels Carrick, Thomas Carrick, Robert Fairley and John Wilkinson, whilst Rev. Robert Walton and Thomas Copeland, the father of the Methodist Union Movement at the Antipodes, first saw the light here. In addition to these brethren, there is the Rev. George Armstrong, who is also a child of this Circuit. Surely this is not a mean record for a country Circuit of five places? Of noble men and saintly women we have had not a few, and we rejoice that they are not all dead. We have still amongst us a few veterans full of fire. These are the Circuit Secretary, John F. Graham, a local preacher for over fifty years; John Richardson as spruce as ever, though he has declared the

Gospel for nearly half a century; Thomas Ritson, brother of our Connexional Editor, Class leader, and local preacher, with 57 years service behind him, yet as vigorous and alert as any stripling; Thomas Ridley, Circuit Steward, with a long record of valuable service, and only in the prime of life. Nor must we forget John Ridley, who has been so long Society Steward at Henshaw, that he is unable to tell how many years he held that position; or John Smith, another of our juveniles who is just seventy-six years of age, and every Sunday walks three miles of rugged road to superintend the Sunday school “ootbye”; and who that has once preached at Greenhead will ever forget the saintly face of Isaac Nicholson, our modern Enoch! What an inspiration he has been to the preachers! What power was felt when he prayed! Though bent with age and past the allotted span of life, he is still able to join occasionally in worship at the House of God. Then there is our “ grand old man,” Thomas Ridley, senior, nearing his ninetieth birthday, and as interested in Circuit matters as ever. For years he was the travelling preachers guide.