You are here: HomenextPlacesnextOxfordshirenextWitney Circuit, Oxfordshire 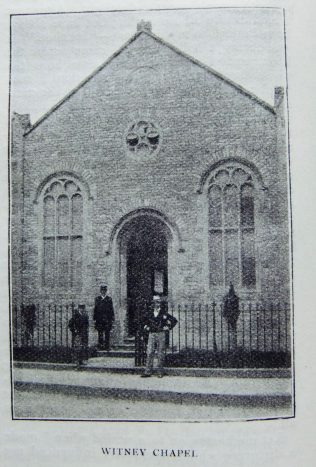 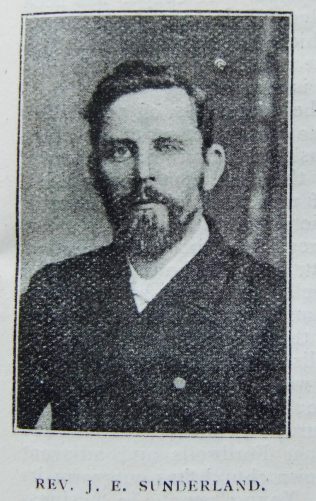 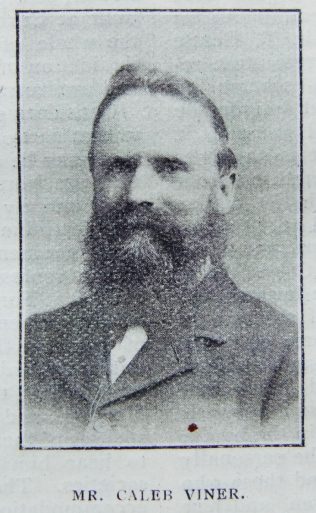 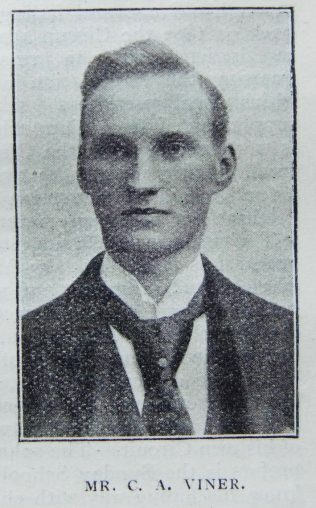 Transcription of Article in the Christian Messenger by T. Graham

WITNEY, a small town about twelve miles from Oxford, is locally famous for its “Bread, Beer, Beauty, and Blankets.“ At the best that is but a tarnished reputation. The beer interest is undoubtedly strong, but happily the number of public-houses grows less, and there is a strong and aggressive temperance sentiment in the town. The mills connected with the staple industry provide steady employment, and afford occupation for a large number of young women, thus preventing, in a large measure, that depletion of young people from which similar towns so frequently suffer. Besides the Primitive Methodist, there are in the town the Wesleyan Methodist, Congregational, and Anglican churches, and the Society of Friends.

Religion is the outstanding feature of the town, and this is mainly represented by the two Methodist churches. And it is religion vital, experimental, and aggressive. We are not surprised to find Methodism so influential, when we learn that in the early days, according to John Wesley, Witney was “one of the liveliest societies in the kingdom,” and was much alive to God, and growing in grace and in numbers. Writing in his journal in 1772 of meeting the select society, twenty-one in number, “all of whom, but one, were rejoicing in the pure love of God,” he said he would not be surprised “if their influence should extend to the whole society, or even to the whole town.” Free Church influence, indeed, is so powerful that a young Anglican coming to a business house in the town was warned by the clergy not to allow the dissenters to lay hold of him.

Witney has been a centre of Primitive Methodist influence and aggression from 1826, when it was made an independent station from Leicester, with 95 members. From it have been formed Faringdon, Chipping Norton, and Oxford Circuits. To the work of the ministry it has given (to mention only those whose names will be known to the present generation) the late George Morgan and Samuel Brock. Amongst those in active work are George Hull, of Motcombe; Joseph Knipe, of Chertsey; John Neville, of Newbury, who is revered throughout the Brinkworth district, and whose entire ministry happily prolonged beyond the normal period, has been spent within its boundary: and William T. Hosier, the popular young minister of the Southwark Mission.

Turning over the leaves of the first Station Minute Book affords both instruction and amusement. In those days, quarterly meetings evidently made their own rules of debate, as the following shows:- “Resolved. That should a member speak, and do not stand up, he shall forfeit one halfpenny”; also, “should one member speak while another is speaking, he shall forfeit one halfpenny”; and in each case the halfpenny was “to go towards the rent of the chapel in Corn Street, Witney.” Attendance at Circuit Committee had to be made by each member, under it penalty of sixpence for each neglect. What was done with the fines in this case the minute does not state; perhaps they were used to defray the cost of the, “bread and cheese and ale” ordered to be provided for those who did attend, some of whom no doubt, had travelled long distances.

There is evidence of unusual activity and enterprise during the ministry of a certain “Bro. Hallam.” Things must have moved too rapidly for an unwieldly Circuit Committee, for it was decided “ that Bro. Hallam has power to stop or put forward anything in the Circuit when he cannot call a Circuit Committee,” There was no room, however, for presumption on the part of the good brother who received this unusual measure of personal liberty in “getting the work on,’ for an early minute records he was fined 2s. 6d. for preaching Brother Wheeler’s sermon at East Leach.” From the accounts of the following quarter it transpires that the fine was duly paid. To be starred at that time was anything but complimentary, for Brother G. was given a star because he had been “too much at the public-house, and had used ungodly language.”

From earliest times the Circuit has had a succession of men and women of outstanding piety, and of considerable, if inevitably local, usefulness. Such were some who have recently passed to their reward. The name of Richard Norton, who last year entered into rest, will long and gratefully be remembered on the Circuit. He would aim at “souls.” Coming to-reside at Chilson he fitted up one room of his house for preaching. This brought him notice to quit and leave the parish. Had he done right in coming to this place and starting the cause? That was the question he pondered as he paced up and down the road outside the little preaching room. Baffled by his own questions, he struck out upon the ever-open path of prayer for “souls.” “Lord, save the people!” he cried, Soon the converting work began, and Richard was satisfied that, notwithstanding squire and notice to quit, God would carry on His work and put things right. And it was the squire who quitted the parish.

In this connection we might name Charles Robinson, for forty years society steward at Chilson; and Fred Hickman, of Cambridge, who was so universally respected that for twenty years in his business as a pig dealer he was trusted in buying to fix his own prices, and never a complaint has been heard. Among those who still carry on the work are George Maisey, who for thirty consecutive years preached at the Witney Camp Meeting; William Akers, who, preaching in the Town Hall during the renovation of Witney Chapel, burst into tears, and said that forty years ago he stood in that room under arrest for persecuting the Primitive Methodist missionaries; Mark Collins, a pillar of the church at New Yatt, and Mrs. Bidwell, who sixty years ago entertained the venerable Hugh Bourne.

Last year the Circuit had the joy of recognising the worth and service of four preachers whose names were placed on the plan fifty years ago. These were Richard Norton, Thomas Phillips, of Eynsham; Joseph Field, of Brize Norton; and Elijah Haley. Would we could record some of the interesting reminiscences they gave of experiences during this long period – of long journeys and arduous service; their hand to hand conflicts with the powers of darkness; but best of all of the souls won for God and the triumph of the cause they loved. The last-named of the tour has, in the interval, spent twenty-eight years as a minister in the Methodist Episcopal Church of the United States. Rev. E. Haley has received a warm welcome back to his native Circuit, and the service he is, happily, still capable of rendering, promises to be a substantial gain to the Circuit, and especially to the town church.

A review of this Circuit would hardly be complete without some reference to the interest taken by its officials in the provision of pensions for aged local preachers. Oxfordshire is notorious for the bare subsistence it has always accorded the labouring classes, and repeatedly has Christian sympathy found itself without means of adequate expression when confronted by cases of urgent need through old age and failing health. As far back as 1893 the Circuit sent Mr. T. Gentle to District Meeting to press a resolution requesting the formulation of a scheme by which local preachers’ self-aid might be supplemented from Connexional sources. It is worth noting that the Circuit is paying a small weekly pension to two brethren from a fund raised in connection with the Jubilee celebrations previously referred to.

The position of Circuit Steward, for many years, has been filled by Mr. Caleb Viner, whose sound judgment and wise business experience have been a source of strength to the churches of the station, some of which have passed through times of financial strain. He is also a local preacher, and, being well known throughout the district, his ministry is exercised without as well as within the border of his own Circuit. The sphere he personally prefers is the Sunday School, and those who know his happy way with children, and how naturally and effectively he can talk to a boy about serving Jesus Christ, will understand the advantage to the school of his co-superintendency with the veteran of thirty years’ service, Mr. Thomas Gammage. But as closely identified with our cause in the town is Mrs. Viner, whose parents, Mr. and Mrs. Lloyd, now deceased, were for a very long period associated with the church. All the children are in membership and busy in one or another department. Mr. C.A. Viner is choir conductor and a local preacher.

For some years the Circuit has been happy in the personnel of its ministry. Rev. T. Phelps, known in the district as the “political parson” from his interest in public affairs, lifted the station out of temporary depression; and Rev. J. Jones, by hard toil and diligent administration, gave stability and permanence to the new favourable conditions. The ministry of Rev. J. E. Sunderland  is calculated to lead the members into the riches of the glory of the grace of Jesus Christ. His prayers lead us right into the presence of God, and his preaching is experimental in matter, devotional in tone, charged with unction and intensely Biblical in phraseology. Under his ministry the town cause, in particular, has prospered. A chapel has been built at Curbridge, which, cost £300, nearly the whole of which has been raised. The liquidation of the remaining debt by the second anniversary is assured.

Considering the sparseness of population in that part of the country, most of our churches may be considered strong and vigorous. At Brize Norton the membership consists almost entirely of men, not, we are assured, that feminine piety is wanting, but because local sentiment regards a husband’s membership as representative of his household. The church at Fordwells has always had a strong official element, and, therefore, its full share of influence in the quarterly meetings. It was near Fordwells that Rev. C.H. Spurgeon used to hold the well-known Ringwood Camp Meeting, and would revel in the hearty responses of the sturdy “Primitives” who flocked to hear him from Fordwells and adjacent societies. The town church has outgrown its accommodation. Young people in business houses seem to gravitate to Corn Street, and a good room, furnished by themselves, which they can legitimately regard as their own room, is a pressing need. When the church can modernise and enlarge its entire premises, there will be before it a larger opportunity of service, and a greater prosperity.