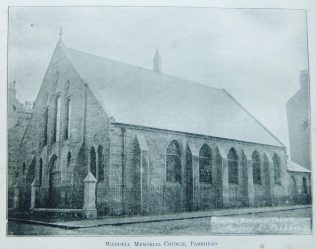 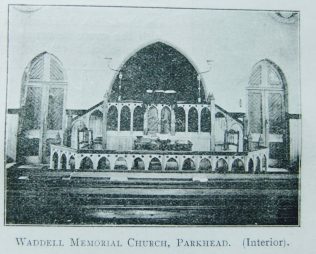 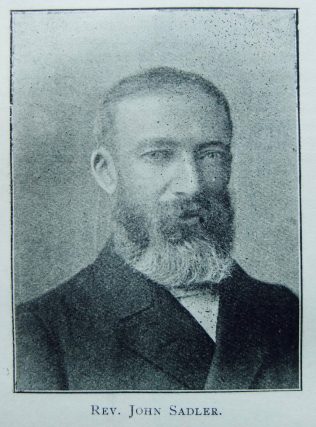 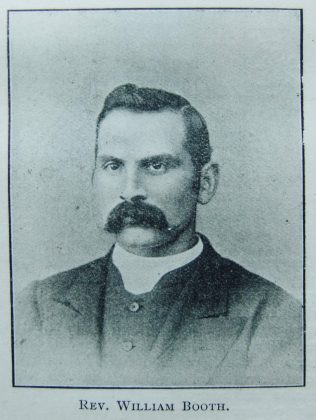 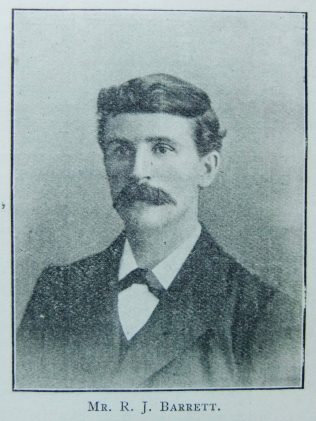 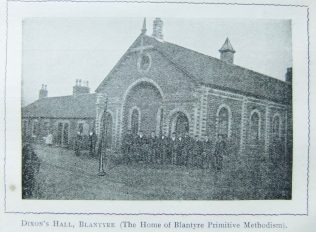 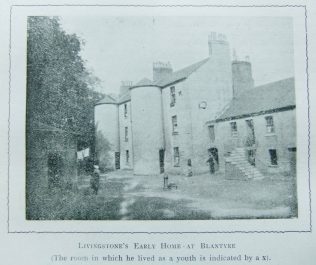 Transcription of Article in the Christian Messenger by ‘Loch Ranza’

Primitive Methodism was introduced into Glasgow through the enterprise of the Carlisle Circuit. which sent Mr. James Johnson in 1826 to open a mission in the great Scottish City. Mr. Johnson conducted his first service at Nelsons Monument on Glasgow Green on July 16th, 1826. On returning to the Carlisle quarterly meeting in September he was able to report a society of 70 members, and all expenses but the salary raised on the spot. In October he reported that about 100 persons had united in Church fellowship, and that a preaching-room  had been obtained capable of holding 700 persons, the expenses of which had been mostly met by the contributions of the members of the congregation. Glasgow became a distinct station in 1829, with W. Carthy and G.W. Armitage as ministers. In 1830 the late Rev. George Stansfield became third preacher. Passing on to later times, it may be noted that previous to the division of the Glasgow Circuits, there travelled there, among others, the Revs. James Young, Emerson Phillipson, D. Neilson, B.D., G. Parkin. B.D. (Principal of the College), and H. Yooll (Editor).

The Circuits were divided into three in 1877, Tollcross becoming the head of the third, but in 1878 (on the union of the two city churches under one Circuit) it became known as Glasgow II., which designation the Circuit still bears, although since 1898 the sub-title has become Parkhead instead of Tollcross. At the time of its formation the Circuit (which was on the Missions) had 107 members, including 60 at Tollcross and 2 at Parkhead. The first Superintendent was the Rev. J.C. Wenn, and his successors have been the Revs. E. Icke, S.L. George, J.F. Sherman, H. Jones, Jackson Harding, P.O. Hirst, and the Rev. J. Sadler, who is at present serving his third year on the station.

TOLLCROSS is at the extreme east end of Glasgow. The church there was built in 1871 under the Rev. John Davidson, who had been reared in the neighbourhood. It was seated for 200, and cost only £469. Great things are related of the early days of the cause at this place. Both before and after the erection of the church revivals were common, and many through the instrumentality of our church were touched into spiritual life. Of later years the success has been varying. Some of the best workers have been drafted off to work the more recent causes at Parkhead and Shettleston. But we are glad to learn that the present condition is hopeful. The church has for some time enjoyed the devoted labours of Mr. R.J. Barrett, who has just entered the Manchester College to prepare for our ministry. During his term the membership increased, the weeknight services grew in numbers and influence, and other signs of blessing, were manifest. With a membership of about 80 and a debtless property, it may reasonably be expected that Tollcross will yet more serve the Church and the Kingdom.

PARKHEAD is situated at the east end of Glasgow, about three miles from the centre of the city, and about a mile nearer it than Tollcross. It is a large and thickly-populated district – just the sort of district to appeal to the Methodistic and the Christly heart. Our cause here has had a somewhat remarkable history. In 1877, as already stated, there were but two members in the Society, and the quarter-day income was nine shillings and fivepence. But the Rev. J.F. Sherman (under whom the whole station experienced a phenomenal prosperity), with characteristic enterprise, in 1884 bought an old wooden structure in Helenvale Street for the purposes of a church. It seated 400, and cost only £44, although it was subject to a ground rent of £8 per annum. £30 was spent in improvements, and “the wooden kirk” was opened for worship, to be for twelve years the place of continual conversions to God. At the end of 1884 the society had 37 members; by the end of 1888 these had increased to 148. At the 1888 Conference the station became self-supporting, and ceased to be under the direction of the General Missionary Committee. During the ministry of the Rev. H. Jones, who succeeded Mr. Sherman in 1889, Mr. Waddell, of Belvidere, a local gentleman who had observed the good work done by our people, offered a site for a church on certain conditions, and between £300 and £400 was raised towards the new church fund. Upon the Rev. Jackson Harding, whose term of service began in 1894, devolved the onerous task of seeing the project through. The lease of the old building was swiftly running out, and there was imminent danger of losing the new site if the work of erection were longer delayed. Mr. Harding obtained an extension of the generous offer of land, and after overcoming many and irritating difficulties, he had the joy of beholding a new and handsome church opened on November 28th, 1896. The opening sermon was preached by the late Rev. Fergus Ferguson, D.D., one of the early ministers of the Evangelical Union, from Psalm lxxxvii., 5. The building cost in all £2,247, and a debt remained of £1,350, which, although larger than is usual, was in the circumstances unavoidable. Success has been the steady rule ever since the entrance upon the new “workshop.” At present there are over 150 members, with a large number of adherents. There is a large Sunday School, a vigorous Y.P.S.C.E., and a Junior C.E.S. We hope to hear of grand service for the Master being increasingly done at Parkhead, and our prayer is that “the latter glory of this house may be greater than that of the former.”

The third society in the station is at BLANTYRE, which is a large mining village six or seven miles from Tollcross, and which is noted as being the early home of David Livingstone. The house in which Livingstone was reared still stands, and is an object of interest to visitors from all parts of the world, as the visitors’ book shows. The Mission at Blantyre was opened in April, 1893, and was the result of an appeal to the Rev. H. Jones on the part of three friends who felt the need of an evangelising agency in the neighbourhood of the colliery rows. One of these brethren, Bro. William Campbell, was the first Class Leader and a brother beloved until his death in 1898; another, Bro. W. Castle, an English Primitive Methodist, and now of Carlisle, was Society Steward until he removed from the district; the third, Bro. A. Hamill, is still connected with the cause he assisted to begin. The station officials readily responded to the appeal, and, without applying for aid from any Connexional fund, a hall was taken (on very advantageous terms from the Colliery manager, who was in hearty sympathy with us), and an evangelist was engaged from the Evangelists’ Home, Birmingham. Mr. W.T. Walker, who was sent down for three months, did good work, and was greatly appreciated by many. A society was soon formed, and the prospects were so bright at the end of Mr. Walker’s term that the Circuit determined to locate the incoming third preacher (Rev. T. Sowerby) at Blantyre instead of Tollcross, where his predecessor had resided. In his one year of service Mr. Sowerby won many friends, and left behind him not only 33 members, but a strong impression of his own high and Christly character. He was succeeded by the Rev. F.J. Sainty, who served his probation there, and under whom the membership rose to 75, while in every department God abundantly blessed His people. The Rev. E. Evans followed in 1898. His task was not an easy one, but he was able to finish his three years term in 1901 with a membership of 85 and a largely-increased balance in hand. During the past year the Rev. William Booth has very efficiently and acceptably ministered at Blantyre, and the friends there had made every preparation to retain him as an Approved List Minister on the expiry of his and their pledge, but the exigencies of stationing, to the general regret, demanded the altering of this arrangement. Mr. Booth carries with him to Fakenham the best wishes of his many friends. He has been succeeded by Rev J. Gorton, from the College, whom may God richly bless. One of the latest developments has been the purchase of a brass band (under specially easy circumstances) to assist in open-air work. We are delighted to note also that two of the young men of this church, Messrs. Peter Bryce and William Muir, were chosen by the Grimsby and Lincoln District Missionary Committee as the first evangelists in connection with their new Mission Van. We understand they have lately resigned the appointment, but in their year of service they have given a good account of themselves, and have reflected credit upon the Circuit to which they belong.

Blantyre, itself an example of successful missionary work, has missioned on its own account. At BURNBANK, two miles distant, where there had been a class meeting and a Y.P.S.C.E. for sometime, a hall has lately been taken, regular services appointed, and an evangelist engaged to superintend the mission. We anticipate that by the time this reaches our readers the foundation of a School Hall will have been laid in connection with this promising cause.

The Glasgow II. Station reported to the last Conference 337 members, notwithstanding the fact that it gave 103 members in 1901 to form the Glasgow IV. Station at Shettleston. The rise and progress of Shettleston, an off-shoot of the old Tollcross Station, is another tale, and one which cannot be entered into here. We trust that the station of which this article treats will continue to be (as it is) famed in the District for its aggression and its enterprise. It has had a splendid history, and its best days need not be regarded as in the past. There is still much land to be possessed, and still the victory is to the faithful and the courageous. “The people that do know their God shall be strong and do exploits.”