You are here: HomenextPlacesnextSomersetnextFrome Circuit, Somerset 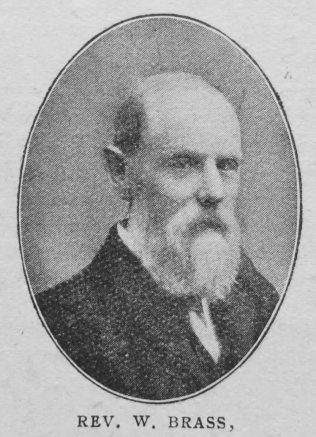 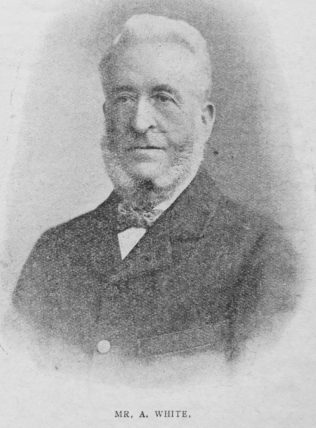 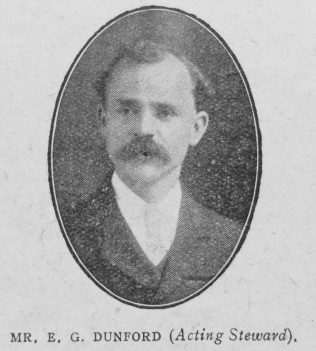 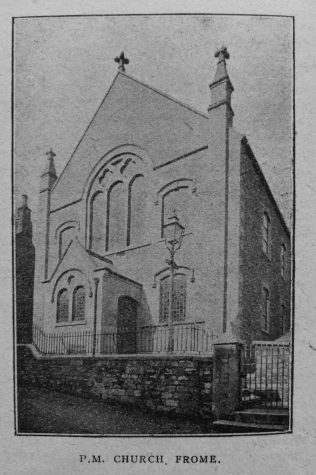 Transcription of Article in the Christian Messenger by Rev. W. Brass

FROME, or Frome Selwood, is a market town of about twelve thousand inhabitants. Politically it is known as head of the Frome division of the County of Somerset. The town is of ancient date. Domesday Book says: “The King holds Frome. King Edward held it. It never was assessed, nor is it known how many hides there are.” The first historical mention is in the reign of Ina, King of Wessex, in 689; but a recent discovery of coins at Nunney, buried probably soon after the expedition of Plautius and Claudius to Britain, A.D. 43 or 44, proves that it was known to the Romans at an early date, while the dense forest existing along the whole tract of country from Frome to Taunton and Bridgewater, and called by the early Britons “Coit Maur,” or Great Wood, points to the possibility of its having been at some time one of the strongholds of the Druids. In the time of King Alfred, the district was called “Seal Wood,” from the luxuriant growths of its willows, and the name of Frome is supposed to be from the Anglo-Saxon “Frum,” or beginning, the combination Frome Selwood meaning “the beginning of the Willow Wood.”

To-day the town is a thriving centre of various industries which include art metal workers, and bronze founders, cloth weaving, silk manufacture, and printing. Magazines and other issues of the London publishers are extensively produced.

A visitor would not call the town beautiful; the older streets are steep, narrow, and crooked, and much of the small property has a dilapidated appearance; on the outskirts there are many well-built modern houses. If in search of beauty you need not go very far. Vallis is a valley of rare beauty about a mile from the town, Nunney with its ancient castle, three miles. Longleat is some four or five miles off. The residence of the Marquess of Bath is admitted to be the finest Elizabethan mansion in England. It is now used for the benefit of our wounded soldiers, every possible comfort and recreation being provided. The park is about sixteen miles in circumference, and five miles across; it contains a lake of many acres, formed in 1791. “This magnificent estate, so far from being locked up to exclude mankind from partaking of its scenery, is always open, and visitors are allowed freely to amuse themselves, which circumstance tends to enliven the scene, to extend a more general knowledge of its beauty to strangers, and to mark the liberality of the noble proprietor in thus deigning to share with others the good he enjoys.” (Repton).

Ample accommodation is provided for religious worship. There are three Anglican churches, the Parish Church dating from a Saxon foundation, has been restored and enriched, and considered to be one of the finest parish churches in England.

In the churchyard lie the remains of Bishop Ken, who, after his deprivation, found shelter in Longleat, dying there in 1711. It was his desire to be buried at sunrise in the nearest Parish Churchyard of his own diocese, and carried to his grave by the twelve poorest men in the parish.

The Free Churches have good properties. Rook Lane Congregational, erected 1707, is the oldest; Zion, in 1810; Wesley, in 1811; Badcox Lane Baptists, 1814; Sheppard’s Barton, 1850; and a recently erected United Methodist Church. There are also several Mission Rooms and the Salvation Army.

Primitive Methodism traces its commencement to the Western Mission, undertaken jointly by Tunstall and Scotter Circuits in 1823. James Bonsor, Tunstall’s leading preacher, was the chosen missionary, and he sets out on the 7th of June. That very year the first chapel was erected at Chalford in the Stroud Circuit. From Gloucestershire the mission reached Somerset. W. Paddison holds Camp Meetings in 1826 at Clandown and Nunney, and in 1827, Frome became head of a circuit with J. Ride, T. Haslam, and S Spittle as its preachers. The direction of the Western Mission passes from Staffordshire to Somerset. (See Rev. H. B. Kendall‘s History of Our Church). The district round Frome was missioned. W. Towler was sent to Bath in 1828, which was made a circuit the following year; onwards into Wilts and Dorset swept the movement linking up with Brinkworth and Motcombe.

Of the earliest days in Frome the records are scanty, but about that time Mr. and Mrs. Hermin, who were associated with the “Friends,” came to the town and joined the Society; being in easy circumstances they became very helpful to the society, morally, spiritually and financially. Their only child became the wife of Rev. James Hurd, whose son, F.H. Hurd, will be remembered as the proprietor of “The Primitive Methodist.”

In 1829, there were two-hundred-and-seventy-six members in the circuit, and twenty societies, that fat Pipehouse giving to the ministry in 1833 John Guy, Senr., father of Rev. John Guy, now retired in Reading. From the Frome School and Church there have come into our ministry Revs. John Wright, James Hurd, James Herridge, A. Lapham, H.S. Targett, and H. J. Sadd.

In March, 1837, the membership had reached six-hundred-and-seventy-one, which included the Warminster Branch, there were five ministers, including Miss McTier. Two years later Paulton is made into a branch with two-hundred-and-twenty-six members, emerging in 1840 as the Radstock Circuit. Glastonbury was missioned, the first entry of members, twenty-seven on trial. In June, 1843 this mission reached Bridgewater. In June, 1850, Glastonbury Mission was transferred to the Missionary Committee with one-hundred-and-sixteen members, leaving the parent circuit with a membership of five-hundred-and-fifty-five. Warminster disappears after March, 1846, and with the handing over to Bath Circuit of Freshford Society with twelve members in 1853; little change is noted until the formation of Coleford Circuit in recent years.

The circuit now has seven chapels. Frome dating from 1834, served its purpose until 1907, when the whole building was completely modernised and class-rooms added with the result, a beautiful and commodious place of worship. The outlay was considerable, but the splendid generosity of the members and the Christian public culminated in December last in one supreme effort which swept the remaining debt of £225 away. The church from its beginning has had devoted members and officials. Mention may be permitted of Mr. A. White, for many years Circuit Steward, Trust Treasurer and Organist, the latter position passing to his son with the erection of the new organ; on his resignation, Mrs. Herridge was appointed organist and still retains the position.

The choir enjoys a high reputation (though depleted considerably by the war), and the Service of Praise is an inspiration and benediction. Mrs. A, White as scholar and teacher can claim about seventy years connection with the church. Their only daughter is wife of Rev. G. French. Mr. E.G. Dunford is the Acting Circuit Steward and Superintendent of the Sunday-school, and worthily sustains both positions.

The Sunday-school has a good staff of teachers; attention is being given to the grading of the scholars. There is also a Band of Hope and Christian Endeavour Society.

At Nunney we have a small United Church sustaining the work so early commenced. It has a debt on the property of £30, but we hope before these lines are read it will have been paid off, leaving all the Trusts unencumbered.

At Wanstrow we have a good property and devoted members. Here was the home of Mr. Walwin, long known as an influential district representative. Mrs. Walwin is still with us. She holds the position of Senior Circuit Steward, Society Steward, and Treasurer for the Trust. She is a true mother in Israel, one of God’s saints.

Longbridge is but a feeble society and is worked with some difficulty. Blatchbridge has been closed for years. Tytherington, too, is closed, and only occasional services held at Leighton.

Frome had the honour of entertaining the Brinkworth District Meeting in 1835, and the Bristol District Gatherings on several occasions.

The circuit responds to the various institutions of the Connexion and supports them loyally.

Space will not permit the names of the ministers who have laboured here. The writer has been happy in filling a vacancy for one year; Rev. J.G. Ferriday  returns to the circuit in 1919; he will receive an affectionate welcome. We pray for him a term of useful and happy service.