A sketch of Tunstall Circuit in 1910 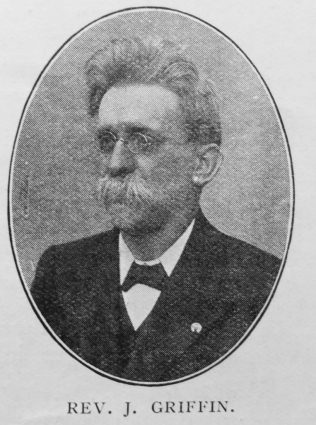 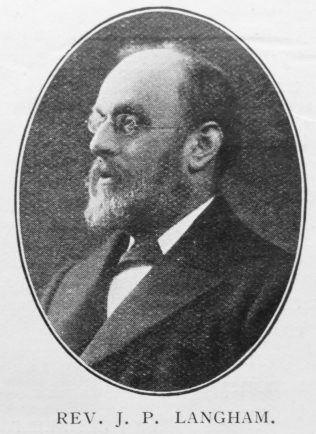 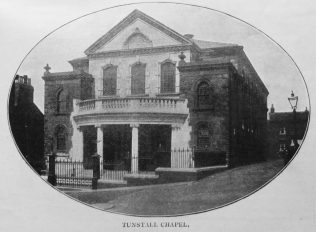 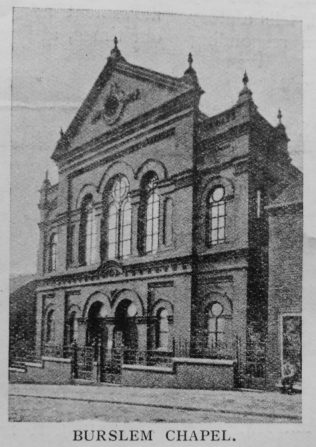 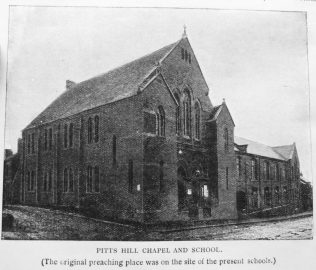 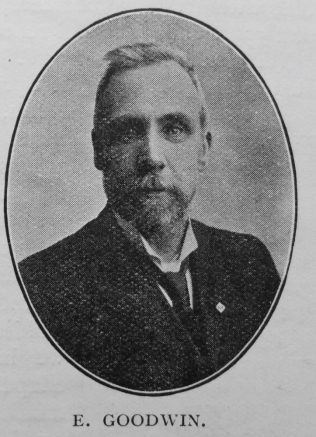 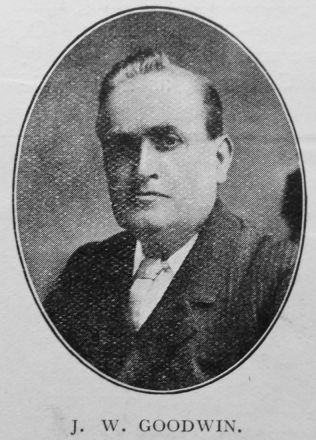 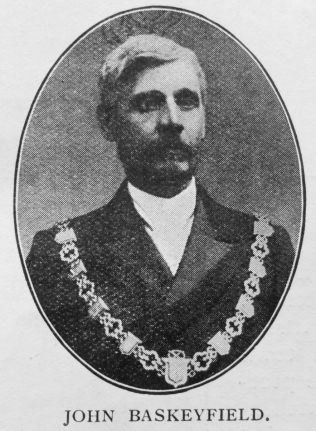 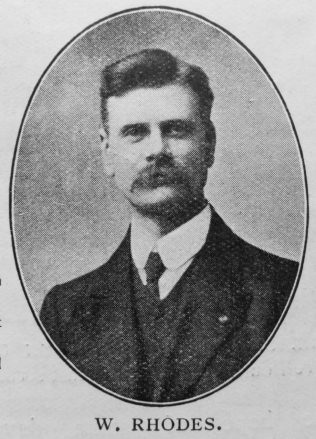 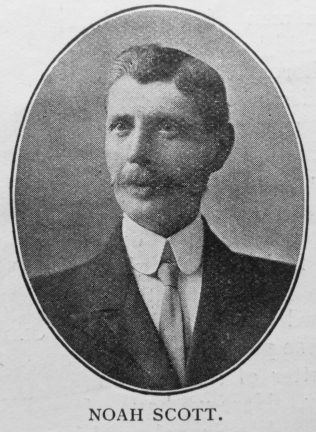 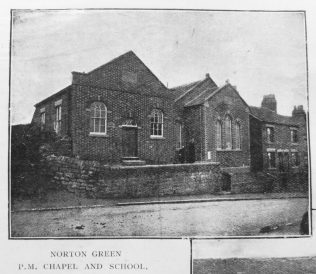 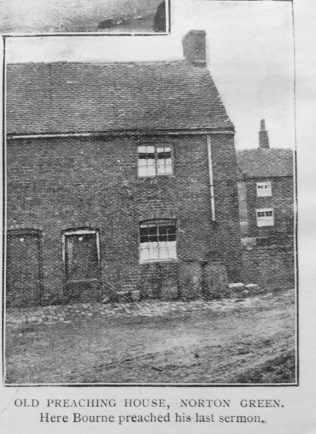 Transcription of an article published in the Primitive Methodist Magazine by Rev. J.P. Langham

THE REV. GEORGE ARMSTRONG, organising and travelling secretary of the Centenary Fund, tells a story of a centenarian who, when responding to the good wishes of friends assembled to do him honour on his hundredth birthday, said, “I am glad to say I am stronger on my legs at the beginning of my second century of life than I was at the beginning of my first.” His witty remark is happily true of Tunstall Primitive Methodism. In material possessions, social standing and influence, the Mother Church of our Zion is strong to-day. But a new spiritual baptism, a more aggressive policy, and an evangelistic movement adapted to the conditions of our times, are needed to make her worthy of her glorious heritage.

In the town of Tunstall there are four Primitive Methodist Churches with a united membership of four hundred and fifty-six. Jubilee Church, as renovated during the superintendency of the Rev. J.T. Horne, is one of the largest and handsomest in the Connexion. The schools on the opposite side of the road are large, serviceable, and pleasant, though somewhat old fashioned. The property is valued at £14,000. To build equally commodious premises to-day would cost much more than that large sum. The debt is £3,653, which will be considerably reduced as a consequence of a successful Centenary Bazaar held in Easter week.

The trustees manage the financial side of the church so well that the minister never has one moment’s anxiety concerning it. Mr. George Goodwin, the treasurer, and Mr. J.W. Hulme, the financial secretary, assisted by an earnest band of workers, usually contrive to have money ready to meet every demand as it arises. Great praise is due to Mr. W. Adderley, the chapel keeper, who for twenty-six years has made it his pride and joy to keep the church and schools clean and attractive. The Sunday School is prosperous, reporting 810 scholars and 112 teachers, 94 of whom are church members. Mr. George Goodwin is the superintendent, Mr. Thomas Hammond the secretary, and Mr. Enoch Bourne the financial secretary of this the oldest institution of the Primitive Methodist Church. Though old its manifests the vigour and enterprise of youth. The teachers are anxious to keep abreast of the conditions and demands of the times. Recently changes in methods of work have been instituted with immediate advantage to two sections of the school. The infant department has been put on modern lines, with the pleasing result that the present Primary Department has more than double the attendances of the old infant classes. The senior Bible classes for men and women have been united under a vice-super, Mr. J.B. Simpson, as an institute for Bible study. Attendances are moving upward, and interest in the Word of God is increasing.

At the School Anniversary, spoken of in the town as the GREAT CHARITY, the collections usually amount to £200. Out of this large sum the teachers very generously assist the trustees to meet their financial obligations. We wish we could say that the peculiar institutions of Methodism—the class meeting, the prayer meeting, and open-air missions, were as well sustained as the, Sunday School is; but we must reluctantly admit that we cannot. A membership of 235 is not satisfactory after a hundred years’ work. Possibly the words of Lowell fit the situation.

A body of men who could adapt the class meeting to modern conditions and requirements would give to grand old Jubilee more than her old-time glory and influence. Most of the local preachers who fill the pulpits of the circuit are raised and trained at Jubilee. In the roll of the Blessed Dead are many names still held in high repute in the town and neighbourhood, such as Henry Binnall, James Tompkinson, Richard and Henry Eardley, John Cope, Thomas Goodwin, and Thomas Beech. Some of the old school still linger amongst us, James Pickford, W. Breeze, R. Scragg, and Mrs. Bostock (of Goldenhill); but we cannot hope they will be with us long, as some are nearing the eightieth mile-stone on the road of life, and one has long passed it.

Of the present staff of local preachers we may say that John Baskeyfield may be regarded as a link between the past and the present; John William Goodwin, as a worthy representative of the old-time  lay preacher, who worked hard for his sermons, delivered them with passion, and delighted his hearers with flowery eloquence; while Edward Jones and W.C. Colclough represent the plodding men to whom our church owes so much. Of younger men we name A.G. Jones, J.R. Hindes, and C. Perks, as acceptable in every society, and whose advent in any pulpit is hailed with pleasure.

Next to Jubilee stands Pittshill society, now regarded as a town church, but still retaining the peculiar qualities and special excellencies of a village cause. Somewhat clannish are the men of Pittshill, but kindly, intelligent, straight-forward, and thoroughly capable. The chapel provides seats for nearly seven hundred persons, and on ordinary occasions at the evening service from four to five hundred persons listen with intelligent interest to the preached Word. Most preachers find it a delightsome thing to preach to these earnest and shrewd miners and potters. And yet these people are keen critics of the matter of the sermon and of its delivery. Here we have a large and flourishing Sunday School, and it is said that nearly all the people who reside in the long street in which the chapel stands are Primitive Methodists. A model village society is that at Pittshill, with its 163 members, 49 teachers, and 599 Sunday School scholars.

With such leaders as W.C. Colclough, R. Unwin, J. Roscoe, S. Sproston, James Noah, and E.E. Scott in charge of affairs its future is bright with promise.

The other societies within the town boundaries are Goldenhill, where we have a useful chapel and commodious schools; and Sandyford, where a brave little church struggles against adverse conditions in the hope of some day removing to more suitable surroundings. The patient perseverance of Samuel Purcell and Thomas Lawton, amid constant discouragements, will certainly meet its reward. We trust that reward will come to them in the near future.

The position of Primitive Methodism in Tunstall is unique. In no town of its size in the country are there so many who call themselves Primitives. If a religious census of the inhabitants were taken it is probable that some thousands would return themselves as disciples of Hugh Bourne and William Clowes who are seldom seen within any of our places of worship. Perhaps at the Great Charity some of them will put in an appearance at the great open-air meeting in the Market Place or at one of the indoor services, when the gross attendances are counted in thousands. But how to convert this nominal attachment into real, vital, spiritual fellowship is the problem which has occupied lovers of the Mother Church for years past.

Organisation, much advertisement, and some sensational revivalism have been tried in vain. Our own conviction is that nothing but Pentecostal Power can solve this problem. Instead of seeking to allure great congregations and please the taste of the people, we must seek those that are lost and bring them into saving fellowship with Jesus Christ.

Socially and politically Primitive Methodism counts in Tunstall for very much. She is still the church of the poor, and makes no pretensions to social refinement; but when her influence is thrown in the scale she can turn an election and checkmate beer and snobbery. At the recent general election all parties recognised that the magnificent majority of Josiah C, Wedgewood was largely due to the enthusiastic work of the Primitive Methodists. In education she did magnificent pioneer work long before School Boards were thought of. Mr. Henry Binnal, father of the present choir master, started thousands on the path of learning in the old schoolroom, where he kept a day school, which Hugh Bourne often visited, for he was one of old Hugh’s trusted counsellors. And every student of Connexional history knows that Hugh Bourne was an educational enthusiast; and that in Tunstall Sunday School, in the earliest days, hundreds of grown men and women learned to read and write. And it is notable that the Rev. William Jones was the first President of Wolstanton School Board, which at that time included the township of Tunstall.

Outside the town boundaries. we have in Tunstall circuit four village churches—Norton Green, where the fourth camp meeting was held, the holding of which led to the separation of William Clowes and Hugh Bourne from the Wesleyan body; Baddeley Edge, also famous in those far-away days; and Bradeley and Red Street. The Conference of 1910 is the seventh held in Tunstall, and we expect that it will be not only the largest, but the best of them all. May it prove the beginning of a great work of Grace which shall spread to every part of the Connexion.