The Mother Church of Primitive Methodism 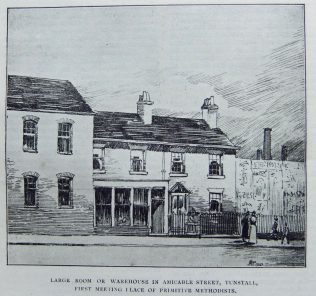 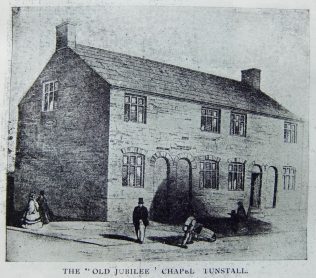 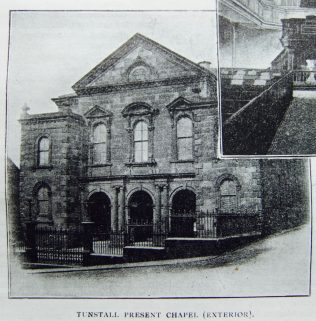 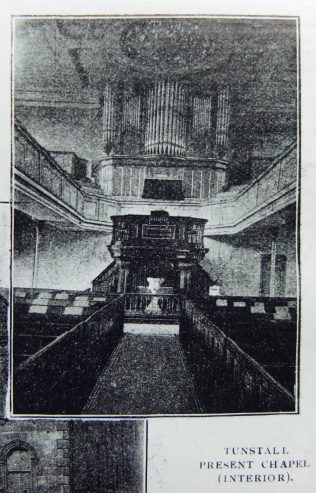 Transcription of Article in the Christian Messenger by J.T. Horne

The history of the last century is replete with great moral and social-changes; and in seeking to ascertain the causes of this evolutionary process, a prominent place must be assigned to the sturdy and animating influences which Primitive Methodism has ever exerted. In studying the origin of our church we are confronted with problems of a nature both interesting and complex. Having heard and read of the American Camp Meetings, our founders felt convinced that this mode of evangelism might be effectually employed in quickening and transforming the lives of their neighbours. Thus they yearned to express their conviction in a practical form, but for a time were restrained by prudential considerations; and it is even possible that, had it not been for the advent of Lorenzo Dow, the Camp Meeting Revivalist of America, their desires would have remained unrealised. During his visit to this country he attended a series of meetings in Staffordshire and Cheshire, and in addressing the Methodists at Harriseahead he quickened their feeble impulses into an ardent enthusiasm, by declaring with resistless ‘conviction that, “in America, as much good had been done, and as many souls brought to God at the Camp Meetings as at all the other meetings put together.” From this time the question was settled; they waited only for the opportunity. This occurred on May 31st, 1807, the venue being Mow Cop, where they hoped to counteract the influence of the carnival during the week of the local “wakes.” Nor were they half-hearted in their holy purpose, for the day witnessed a spiritual conflict which gave birth to forces which have played no unimportant part in the making of Modern England. Our church unconsciously sprang into being, but it was not until three years a later that an independent community was formed. The first “society” consisting of ten members, was created on March 14th, 1810.   From this spiritual germ has evolved a church with two hundred thousand communicants, congregations numbering six hundred thousand, about half a million Sunday School scholars, and church property worth over four million pounds.

Quite a number of those advocating Camp Meetings were residents of Tunstall and its vicinity; but in the historical records four stand out conspicuously as foundation builders of this important church. Hugh Bourne, William Clowes, James Steele, and James Nixon, have written their names in indelible characters in the narrative of the Christian work of this district. The spiritual victories mark their kinship to the “mighty men,” “who obtained promises, stopped the mouths of lions, out of weakness were made strong, waxed valiant in fight, and turned to flight the armies of the aliens.” Bourne is remembered as legislator and administrator; Clowes as the apostle of a great religious movement; Steele as the first Circuit steward and Sunday School superintendent; and to Nlxon probably belongs the honour of being the first society steward, and “for many years the father of the society at Tunstall.”

These old saints made our town the centre of their religous work, and the residence of Mr. Thomas Smith, which Bourne had licensed for preaching, was their first “meeting-place.” The house occupied the site on which were subsequently built the Co-operative Stores. But the congregation grew so rapidly that the little church moved to a larger room in Amicable Street, with Mr. John Boden as master potter, kindly placed at the disposal of Mr. James Steele.

Seldom has so common a structure been invested with such rich historical associations as this old warehouse; and it deserves the honour of an illustration, which we now publish for the first time. Not only was the first Sunday school of the Connexion therein established, but it was also the birthplace of our Home Missionary Organisation. In it, “written plans” were prepared, some of which still exist; and it was here that the infant church decided to issue the first-class tickets which bore the date, May 30th, 1811. The vigorous faith and ardent piety of these sturdy believers inspired them with the sublime purpose of safeguarding the spiritual welfare of their neighbours; a systematic visitation of the surrounding villages was organised; and this room became a centre around which were generated impulses that sustained the pioneers of our church in their long journeys and toilsome labours. With gladness and singleness of heart they went from house to house, “and the Lord added to the church daily.”

The success necessitated a more adequate structure in which to conduct their worship. Governed by utilitarian rather than aesthetical ideas, they erected an edifice, notable for its seating capacity and lack of embellishment. But though unadorned, the building proved to be the Father’s Home to whlch many prodigals returned, and in which inspirations were kindled that beauti?ed their characters and purified their lives. Cogent appeals, stirring singing, and the enthusiastic character of their meetings drew crowds of people. Those sacred influences exist to-day in many local families not associated with our church; and these cherish a warm affection for “Old Jubilee,” because it is so vitally related to their homes. The “fathers have told them what work God did in their days, in the times of old.” That their venture in building a chapel was not without “fear and trembling,” ‘is seen in their precaution to build in such a style as to make provision to turn into four cottages what might only prove a temporary place of worship. Still “the conversion into four houses” has indeed taken place, as may yet be seen, though happily not for the reason which induced the early builders to adopt the domestic style of architecture. The church was radiant with life, and life spells growth, and this growth demanded extension. All honour to the holy heroism of those poor people, for boldly facing the heavy financial responsibilities associated with the building of a new chapel, in 1821, to seat six hundred persons. Yet this church multiplied, we hardly know how many times over. The services held in this second chapel have often been described, and we are thankful for what has been told, and for the reports which we have read in the early magazines, but we would gladly have heard more. Especially could we have wished to know the names of those who rendered financial help in meeting the cost of building; and also of the extra-ordinary character of their services. We would also have given an illustration of this second chapel, but, so far as we know, no print has ever been prepared.

Thirteen years later – in 1834 – they again found themselves faced with a serious alternative; they had either to enlarge the chapel or turn the people from the doors. The latter was foreign to their aggressive religious character, and contrary to the best traditions of the community; but the former would make a still heavier demand upon their slender finances. Yet with triumphant confidence in the all-sufficiency of God, and a whole-hearted consecration of their resources to the elevation of their fellows, they sublimely determined to double the seating capacity of their chapel, and provide for twelve hundred persons. This was, for them, a colossal undertaking, and attests the temperament and spirit of the church. No clearer proof can be given of their absorption in evangelism than the sacrifice that was made for building this chapel. They remind us of the old saint who commenced to build an hospital with only three half-pence saying, “God and Theresa are all sufficient.” But whilst providing the additional space, they did not give due attention in the enlargement to the laws of proportion, acoustics, and sanitation; consequently when the building was filled it proved to be very unsatisfactory as a place of worship. Yet for twenty-five years this chapel was the home of Primitive Methodism in the Potteries; and probably no church has ever exerted a healthier influence upon any body of people than the vigorous community which worshipped here. Its effects produced a distinct advance in the social, educational, and commercial life of the town. Indeed, the whole district was morally and spiritually enriched by the inspiration generated at its services. It set a higher type of manhood before the people, and made that type respected. Many of the men and women who grew up under its fostering care have left fragrant memories, and their names are household words with us to-day. This place was to those old saints a real Bethel – the House of God, the place where they met Him – and where they gathered strength for life’s conflicts, despite its nonconformity to architectural requirements. It is very easy for modern critics to sit in judgment and say “what they ought” or “ought not” to have done to the building under the circumstances; but we cannot estimate how much it cost them to provide the place. The financial expenditure was the smallest part of the outlay. Every brick or stone was consecrated by earnest prayer, and the whole structure represented to them the agony of a great sacri?ce. Their life was interwoven with the fabric. The pious Jew did not regard Jerusalem with a greater reverence than our fathers felt for this old Chapel. They entered “her gates with thanksgiving and her courts with praise; they took pleasure in her stones, and favoured the dust thereof.” When their day of battle was ended, and they had entered upon their well-earned rest, their “comrades in arms” bore their bodies to the old place, and with deep emotion chanted their solemn requiem, though “not as those without hope.”

With the approach of 1860 it was decided to celebrate the jubilee of the Connexion by building the present spacious chapel, in which the Conference was held. The spiritual history of this chapel will never be written; but we venture the opinion that the influence of this church is intermixed with the family life of many of the best of our townsmen. When in heaven we trace the marvellous experiences of earth, it will be shown that Jubilee Church and Schools have played no insignificant part in forming the characters, and purlfylng the lives, of many hundreds in this and other towns.

The trustees of the church intend to carry out some material renovation. We are now living in the twentieth century, and should observe the law of adaptation. The internal fittings of the church should be of such an order as to show that the “mother” is prepared to lead the great army of her children in utilising all modern improvements for facilitating the extension of the Kingdom of Christ. It is proposed to hold the Centenary Conference at Tunstall.

As we review the history of our church, and contrast its humble origin with its present position, we cannot but exclaim, “What hath God wrought? The little one has become a thousand, and the small one a mighty nation.”