You are here: HomenextPlacesnextStaffordshirenextN - ZnextWhitehill and the Rookery in the 19th Century

Whitehill and the Rookery in the 19th Century

the place and its people 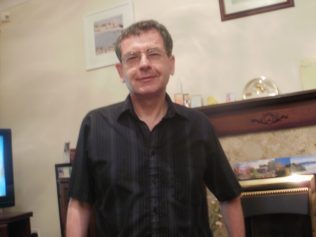 David’s research project raises some interesting questions about the links between people and their communities. Here is an extract relating to the Primitive Methodist Chapel in Whitehill and the families connected to it. You can read the complete article by clicking on the link at the bottom of this page.

[In 1881] Edward Leese from Brewhouse Bank is a coal miner aged forty who lives with his father, James. James was born in Biddulph, Edward in Brewhouse Bank, and so James, aged seventy, must have moved there at some stage, probably looking for mining work.

James was a trustee of the Primitive Methodist Chapel in 1869 and so Edward is part of a Church family and probably has the Church in his blood. Edward Leese is remembered for his devoted service to the Primitive Methodists. He died in 1917. He was a member for fifty-five years. By this time, Edward would have received an Old Age Pension, in 1908, of five shillings a week, or seven shillings and sixpence if he were married, and the money he left to the Church both enabled the debt on the new Whitehill Primitive Methodist Church to be cleared, and contributed to the building of an organ.

In 1881, the family, which included James’s granddaughter, Rebecca Leighton, aged eight, had a housekeeper, Elizabeth Green, aged fifty-five.  This may not mean that they were comfortably off. Elizabeth may have been a companion or family friend. Out of an income, which would only allow for a few luxuries, Edward had left money to the Church. Out of the giving of people such as this, Whitehill (Primitive) Methodist Church was built.

Edward lived just behind the Primitive Methodist Church.  The nearness of Trubshaw mine and the large number of miners in the area suggests that many lived near their workplace.  Such people may have wanted a Church close by, especially as walking was their only means of transport.  Those who had to walk to work, unless they were preachers, would hardly want to walk to Church, as well. They may have felt that they had no energy to do so, and, possibly, appreciated having a Church round the corner. A tradition grew of attachment to a small geographical community, which is still with us to this day.

Nationally, in the Religious Census of 1851, the Victorians had been shocked to discover that only fifty-eight point eight per cent of the population attended any kind of Church.  They believed that the answer was to provide enough seating space for people where they lived. This encouraged the development of local Churches. The growth of local Churches might also express a growing sense of village identity. Those who lived in Whitehill regarded it as their village, and, if they were going to worship anywhere, it would be in Whitehill.

A dynasty of Trustees?

A number of those on the census were the original Trustees of the Primitive Methodist chapel. George Longshaw was fifteen in the 1841 census, when he lived at Brewhouse Bank, and fifty-six in the 1881 census when he is a coal miner, now living at White Hill. His brother, Charles was thirteen in 1841, and lived with him and the family at Brewhouse Bank.  George is one of the original 1869 Trustees, the Chapel was founded in 1870, and Charles may have been a Trustee in 1895.   Mark Longshaw, who is an engine tender in 1881, aged eighteen, George’s son, living with his father at White Hill, is a Trustee in 1895. Enoch Longshaw, a twenty-six year old coal miner in 1881, is a Trustee in 1895, and lives at Brewhouse Bank. Were there family dynasties of Trustees?

James Leese is also on both the 1841 and 1881 censuses. His name has lost the final ‘e’ in 1841 but on both censuses he is a collier or coal miner. He is aged thirty in 1841 and seventy in 1881 and so the ages fit.  He was not only an original Trustee but, it appears, unless there were another James Leese, that he was still a Trustee in 1895.  Again, on both censuses, he lives at Brewhouse Bank. Is Brewhouse Bank, roughly where the Primitive Methodist Church was sited, where those who run the Church mainly live?

Stephen Leese lives next door to James, in Brewhouse Bank and is a Trustee in 1895.

James Edward Rowley is a coal miner aged twenty-one in 1881 of Brewhouse Bank. Is he the Edward Rowley who was a Trustee in 1869? Was he called Edward not to be confused with another Trustee, also called James Rowley?

Hezekiah Smith a gypsy who lived in a caravan, and so, because he was not technically a householder, may not have appeared on the 1881 Census, at Brewhouse Bank, was a Trustee in 1869 and 1895.

Except for The Rookery, which already had a Wesleyan Methodist Church, Brewhouse Bank was the largest street in Whitehill. Two hundred and thirty-two people lived on it as distinct from eighty-nine in Whitehill and sixty-four on Galley’s Bank. This, in itself, may partly explain the large number of Trustees from Brewhouse Bank.  Perhaps, we should see the Trustees of the Primitive Methodist Chapel as being largely founded by a group of people from Brewhouse Bank, and, possibly, recruiting slightly more widely later.

The Church was founded and run by coal miners and labourers, though James Rowley, a fifty-four year old mining engineer in 1881, is a Trustee in both 1869 and 1895. He lives at White Hill. William Hollinshead, twenty-four, and a coal miner in 1881, is a Trustee in 1895 when he lives in Galley’s Bank, as does a fellow 1895 Trustee, Frederick (Fred.) Douglas who, in 1881 is a fifty year old general labourer. Trustees looked after the property of the Church.