and nearby places in the early Chester Circuit 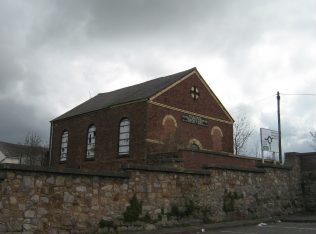 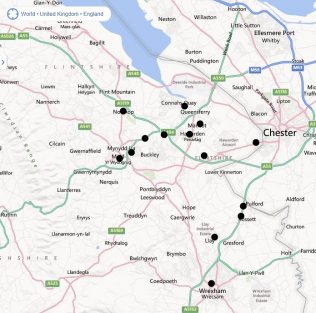 The 1851 religious census lists a Primitive Methodist chapel built in 1838 in Mold, with a congregation that day of 60 plus 37 Sunday School scholars. The congregation had recently fallen off due to lack of local employment, but the coal industry developed in the area in the 1850s. The chapel in the photograph was built in 1872.

The map shows preaching places in North Wales in the 1820s and 1830s in the Chester Circuit, which was formed in 1825. More southerly parts of North Wales were missioned from the Prees Green and Oswestry circuits.