You are here: HomenextPlacesnextYorkshirenextH - NnextA Review of “The Records of Primitive Methodism in Leeds’” by William Beckworth

A Book of Remembrance 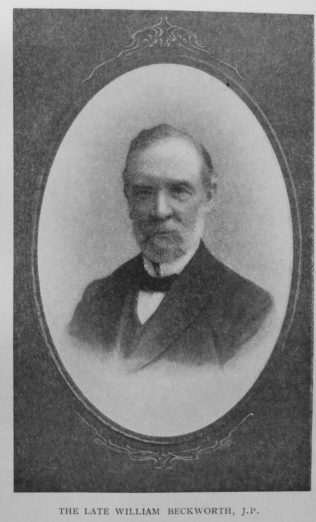 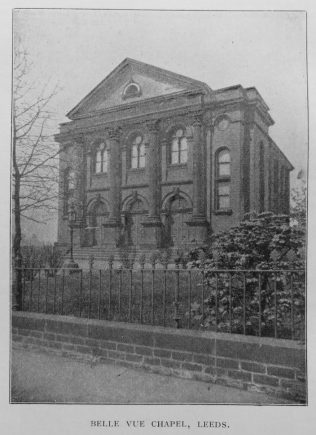 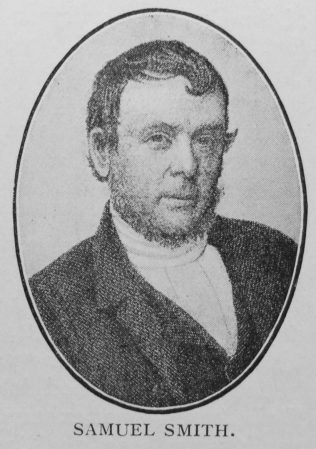 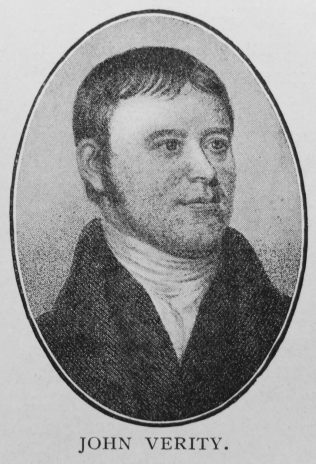 Transcription of article published in the Primitive Methodist Magazine by Loyalist

ALMOST the last task of Mr. William Beckworth was to write “The Records of Primitive Methodism in Leeds,” now issued under the above title. The book is well bound and handsome, it possesses “style,” as has always been the case with any literary work its author has attempted. It is long enough to be fairly complete, and not long enough to be wearlsome. It will surprise us if Primitive Methodists everywhere— those of the West Riding especially and of Leeds in particular— do not give to it a hearty welcome and ensure for it a circulation worthy of the theme and the treatment thereof.

The history of beginnings is always fascinating, and those who know the present position of our Church in the great Yorkshire city will turn with eager interest to learn how “first the work began.” The perusal of the history will more than repay them. It is a narrative to hold the reader to the end.

And, first of all, Mr. Beckworth sets out upon the stage the scenery of his memorable drama. To-day Leeds is a mighty city, a strenuous, populous place, having connections with every shore. Then its population was but eighty-three thousand souls, now it is four hundred and fifty thousand. Rapidly our author reconstructs the scene, deftly he shows us the conditions of life as a century ago our fathers found and endured them. The ignorance, poverty, oppression and their resultant wickedness and discontent are spread before us. As a result we see that it was needful in Leeds, as it was everywhere throughout this England, that a new religious movement should arise, having its birth in, and its understanding of, the time. Not, be it understood, because Leeds was destitute of religious testimony. Yorkshire Methodism had already become proverbial; other forms of dissent had done great things for God, though it is on record that the Church of England had not then begun the series of triumphant advances she has since made. What was needed was a movement making its appeal to the large numbers whom none of these agencies appeared to be able to reach. Primitive Methodism was raised up— we believe, with Mr. Beckworth — by the grace and mercy of God to reach this class.

The coming of the earliest apostle of our Church to Leeds had one thing in common with the coming of the founder of Methodism to the same town. Both of them found that something had been done before their coming. John Wesley first visited Leeds in 1743, but there were Methodists there before his arrival and a member of the first Class Meeting said, “When Mr. Wesley came to Leeds we took him into society; he did not take us in.” William Clowes first entered Leeds on November 24th, 1819, in response to an appeal which was quaintly addressed “To the Ranter Preacher, Hull,” and he found that there were already in existence two Society classes—one at “Sally Taylor’s cellar” and one at Armley Hough. There were also seven local preachers and the Gospel was being regularly preached at as many places. Thus if Leeds Methodism “took in” John Wesley, Leeds Primitive Methodism took in William Clowes. Mr. Beckworth, it is true, puts it differently. “On

It is to Samuel Smith—to whom the Primitives of Leeds must at the first opportunity erect a statue—that the honour of the very first move is due, and the name of Samuel Smith is to Mr. Beckworth as ointment poured forth. Samuel came to Leeds as a lad in 1812, and was apprenticed to a hatter who was a Quaker. As a youth he fell into sinful courses, but was led by his love of music to join a church choir. The preaching of an Evangelical curate awoke in him spiritual concern. In his trouble a fellow apprentice invited him to a service in the Methodist Chapel in Meadow Lane. He went once, twice. On February 10th, 1817—how clear they were about dates and times, those old Methodists—God converted his soul, and at once he began to try to save others. With several young men he commenced what he calls a “Mission for Leeds and its vicinity.” In his journal he describes this venture “as a distinct effort of youthful piety to do good in the streets, lanes, backyards, and fields about the town of Leeds.” To this description he adds “and thank God much good was done.” Of these young men there were fourteen. Here is an important fact expressed in a few words: “One of them was John Verity.” What lay between that date in 1817 and the coming of Clowes in 1819, how Samuel Smith and John Verity and the rest of them endured hardness and suffered misunderstanding from Christian brethren, how their numbers grew, we must leave the reader to find out from a perusal of the book. For ourselves we wish to look in for a moment upon the assembly of that infant Church as Clowes would see it on that November day so long ago. It was such a company as has seldom gathered in one place. We do not wonder that in analysing that assemblage Mr. Beckworth writes with something akin to awe. It was an assembly of giants.

For think of who was there and of the band who from that place of meeting scattered itself over the land, bearing blessing far and wide. There was Samuel Smith a stripling who was to become an honoured travelling preacher, be the means of leading multitudes to God, and after a long life of abundant labour die in the very hour of service in the house of God. There was John Verity, who was to become a power in the Church, known for his might in the Scriptures, and making, in a career all too short, a mark upon the life of the Connexion which abides to-day. Another was Samuel Tillotson, who was to sustain amid much persecution as to its earlier part and with much success as to its later portion a ministry of forty years as a bearer of grace. John Hopkinson, also to become a burning ambassador of the Cross, was there. It is recorded that he added 3,700 members to our churches, and was able as he crossed the river to say, “He has dried up the spring of corruption in my soul, removed the roots of bitterness from my heart and sanctified my nature.” Then John Bywater was of the company, and he was to be a mighty builder of sanctuaries as well as a mighty winner of souls. George Tetley  was present, and was to do such a day’s work in the ministry as would make his name fragrant for many a year after he should have finished his course with joy. Even these do not exhaust the list. We would have been glad to know William Evens and Nathaniel West, the two ex-cavalry soldiers whom the grace of God brought into the fellowship. Travelling preachers they also became, and wrought righteousness and won victories with weapons not carnal but spiritual. It was a glorious company whom Samuel Smith and John Verity had gathered in, and even the faith of a William Clowes could not have had vision of all the future as he gazed upon the band in that long past winter hour. Here, if at any period of our counting, “figures meant nothing.” This constellation shines in the firmament of our history to this day—a galaxy of grace.

But Leeds Primitive Methodism has always been wealthy in the men who have served it. This becomes more and more evident with every page we turn of Mr. Beckworth’s book, which shows us all the way down the years what can be accomplished by loyalty, liberality and labour on the part of the individual. It would be invidious to mention those who happily remain to this day, though we may venture to express our sincere regret that the fact of Mr. Beckworth’s authorship has prevented a just account of his own share in the development of the Church, especially at Belle Vue, from being set down. Much as we admire his modesty, we deplore its result. As for the great host who have crossed the flood we leave to the student the pleasure—and a pleasure he will find it to be— of making their acquaintance in this loving chronicle of the works they wrought and the virtues they exemplified so nobly. We are grateful to have been put in remembrance of their very names, so much do they convey of sacrifice and heroism in the cause of the lost. A glorious history is the history of Primitive Methodism in Leeds and that largely because God gave unto her from among those she won for Him many glorious men and not glorious men only, but “of honourable women not a few.”

The men and women! But this is not quite the whole explanation. Primitive Methodism in Leeds began as a soul-saving movement. A soul-saving movement it has remained to this day. In this sentence lies at once a description of its character and an account of its wonderful success. To-day the two classes are become many powerful circuits, the fifty-seven members taken in by William Clowes have been multiplied into a great company. Sally Taylor’s cellar is represented by stately and splendid chapels standing as the ornaments of noble thoroughfares for many a mile around that small and lowly sanctuary wherein our fathers poured out the prayers whose answers fall upon us now. By faithfulness to the Evangel, by the passion for souls, by trust in God, by working until faith was turned to sweat and desire became sacrifice has it all been done, God helping the issue. To-day with the rest of the Connexion Leeds renews those early vows which she has never forgotten, and looks for still greater triumphs in the years to come. They will be won! That is as certain as the promises of Gods As soul-saving Church never grows old or feeble, and will not, cannot fail!

So much of history have we borrowed from this able and interesting volume which it would have been a joy to read but for the thought of our loss in the passing of the writer from our midst. William Beckworth has for many years been a great figure in our Connexional life, and valuable, indeed, have been the services he has rendered both in the city of his adoption and over a wider area. This is not the place to attempt to estimate his work or to pronounce upon the fine virtues of his character. These tasks will fall upon other hands. We cannot, however, forbear from saying that the fine spirit of loyalty to our Church which impresses us in reading every page of this book makes our sorrow the deeper that its author has been called away. It would have pleased him to hear how well his book is being received.