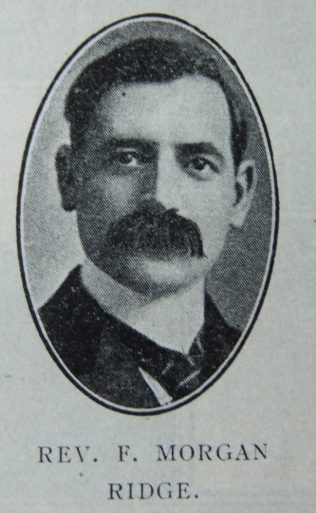 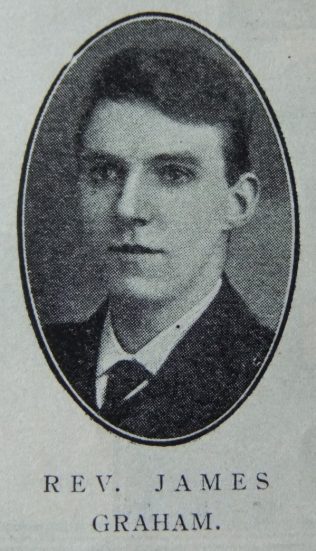 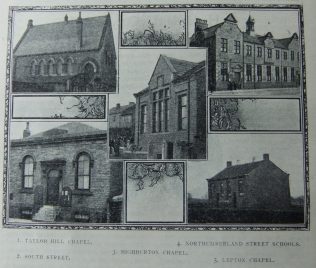 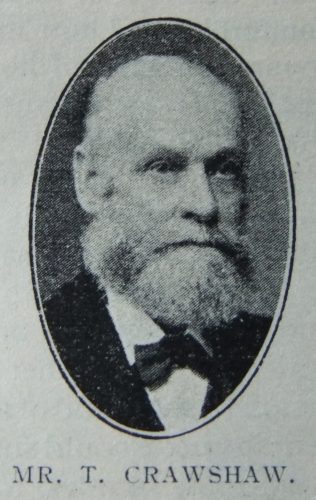 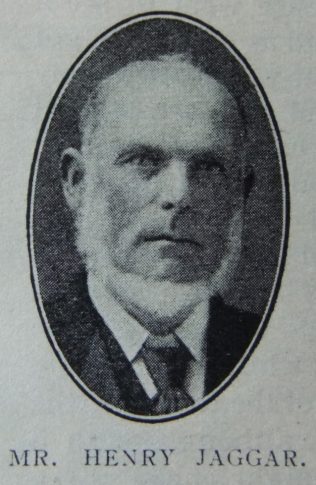 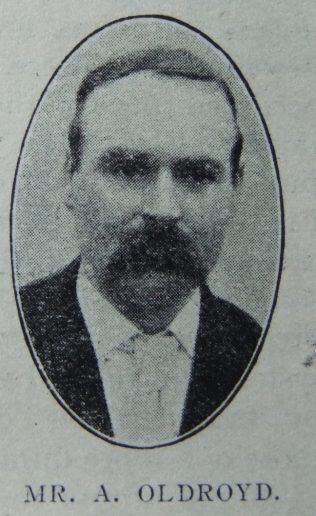 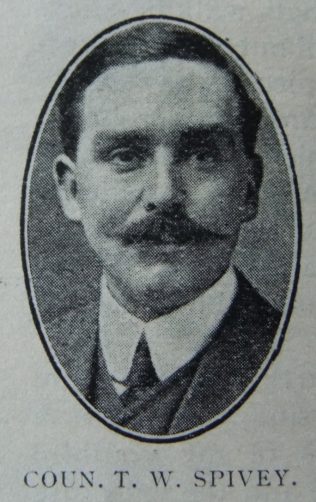 Transcription of article in the Christian Messenger by Rev. F. Morgan Ridge

By the record made in our Connexional History we find in Huddersfield, as elsewhere, our pioneers did not have a good reception as they came to preach the Gospel to the people of this town.

As early as July 16th, 1820, the Rev. W. Taylor and another person sang along the street to the market-place and began to preach, when the constable came in a rude manner and took them into custody. They were thrust into a dirty prison and locked up for the night but they sang praises in their cells, and Taylor spoke to the assembled outside concerning the doctrines they preached, and for which they suffered, and the people cried shame on the constables for having put them into prison. Next day the two missionaries were taken before a magistrate, who, after vainly trying to extort the promise that they would not preach anywhere in the town, dismissed them. Yet the Word of God was not bound, and in 1824 Huddersfield became an independent Circuit, with Thomas Holliday as its superintendent. The two local men who did much to establish and consolidate the work in the town were Mr. John North and Mr. James Rayner. Mr. John North was the first Circuit Steward, and was a well-known Connexional man, and filled for some years the office of treasurer of the General Chapel Fund, receiving the thanks of the Conference of 1862 on his retirement from the office.

]ames Rayner joined the society in 1830, and was a member for a period of sixty-eight years, filling the offices of local preacher and society steward. The brothers Samuel and Alexander Glendinning were amongst the earliest local preachers and prominent officials.

In 1832 a chapel was erected in Spring street, and in 1846 the railway company purchased the land on which the chapel stood for the purpose of making a tunnel, and our people had to face the difficulty of erecting another chapel; so the old one was taken down and rebuilt in Northumberland Street, the railway company defraying the costs.

On December 6th, 1847, the Rev. T. Morgan preached, and wrote saying: “We concluded the opening services of the new chapel here last night; several sinners were laid hold of, and one at least was brought through. A tolerably good chapel, with a convenient school, vestries, and houses, and in a good situation.” The following ministers were scholars in the school: Revs. M. Moseley, G. Hellawell, G.H. Beeley, and W. Franks, and there is scarcely a church in the town whose roll of membership has not been increased by some who years ago taught in our school. Some of the well-to-do families have been most loyal, and for years they have passed by splendid sanctuaries, where there have been popular preachers to attend the church of their choice.

It was during the active ministry of the Rev Henry Woodcock that the beautiful and commodious school at Northumberland Street were erected to accommodate about 500 scholars; it is a splendid pile of buildings, well fitted up, and is a credit to our church. We have in connection with the church and schools here a fine lot of young men as officials that any church need feel proud of. The whole block of property is valued at £8,520, and we have only about £1,300 remaining debt on the buildings. Besides chapel and schools here we have three houses.

In 1864 a chapel and school was erected at South Street, where at that time we had a zealous and active society, and to meet the requirements for suitable school accommodation, two cottages were bought at the back of the chapel, and the school was enlarged at considerable expense. But since then the church has had its times of adversity; the well-to-do people have left, and though situated in a densely-populated part of town, we get but small congregations. We have yet a good Sunday school and Christian Endeavour Society, and a few faithful workers who are most loyal supporters.

Mr. T. Cranshaw is one of the few; he is a trustee and one of the oldest local preachers, who has rendered splendid service to the building up of the church and Sunday school. He has seen South Street in its prosperous times, but is quite loyal now as then, and is content to serve his church in a quiet, steady way, whether there be many or few who attend. We admire the spirit and loyalty of men of this type who are doing most of all to keep churches like South Street living, for if South Street Church had not officials of this type, it would be extinct; but there are hopes of much brighter days. Now with the coming of the Rev. James Graham to give special attention to the work here, we expect to find the life of the church revive.

TAYLOR HILL CHAPEL and Schools were built in 1869, but on account of the needs of the school for more room, new class-rooms were added at a considerable outlay. Here we have a growing and prosperous church and school. Alderman W. Jepson is a great worker amongst the young people, and has been school superintendent for many years.

The chapel and school at Lepton was built in 1835, and is the only Free Church in the village. Here we need more accommodation for Sunday school work, and we are busy raising funds for the purpose of erecting a new chapel and schools, for which about £250 is in hand. Few village churches have a more promising outlook.

Mr. H. Jagger is one of the stalwarts of the church. He is one of the oldest and most respected of our local preachers, and has three sons the plan. Councillor T.W. Spivey, our junior Circuit Steward, is full of enterprise and activity and spares nothing for the interests of the Lepton Church or the welfare of the Circuit.

The chapel at Highburton was built in 1832, and the schools were added later. We have a good society and school here, and have lately been favoured with an outpouring of the Spirit of God. C;ass meetings have been revived, and many souls have been saved.

A Young Men’s Bible Class has been started and a Junior Christian Endeavour Class formed; both are doing well. Mr. Alfred Oldroyd is one of those who is always pushing forward the interests of the church, and is one of the many here who both by the giving of his time and talents has done much to create a healthy, strong, living church.

We have a small society at Crimble who worship in a cottage which was secured a few years ago. The few here are working to, raise funds for a new building, which is badly needed, and their efforts are rewarded with success; and there is hope before long we shall see our way to build.

We are not without Circuit enterprise, and we have had the joy of reporting progress in our work. Chapel debts have been considerably reduced.

New enterprises are receiving loyal support. We have started a Circuit monthly. Souls are being saved. An additional minister has been employed, and we look forward with great hopes. We have the District Meetings of the Bradford and Halifax district this year, and expect great times. The religious services, we trust, will give an impetus to our work, and with courage and enterprise, prayer and consecration on the part of our people, there is a great future immediately before our station. The best, indeed, is yet to be if we are, ready to take occasion by the hand. Our motto is,