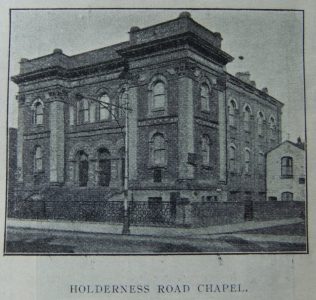 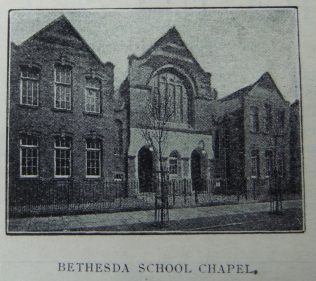 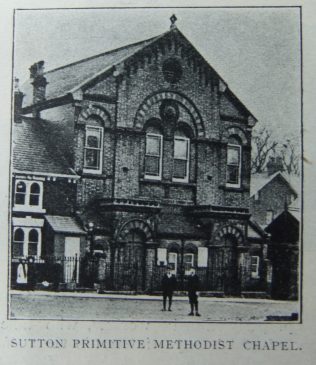 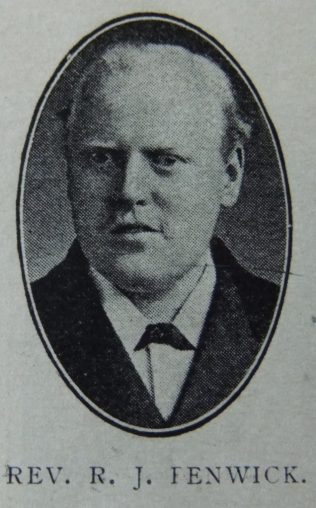 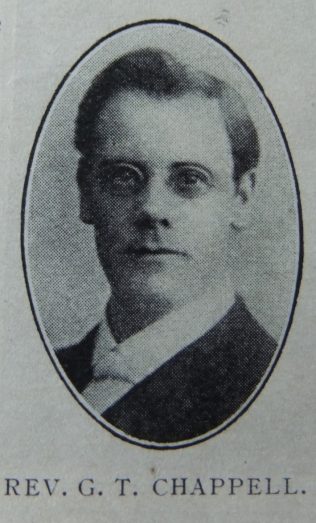 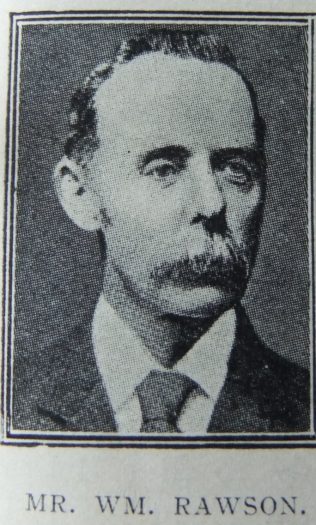 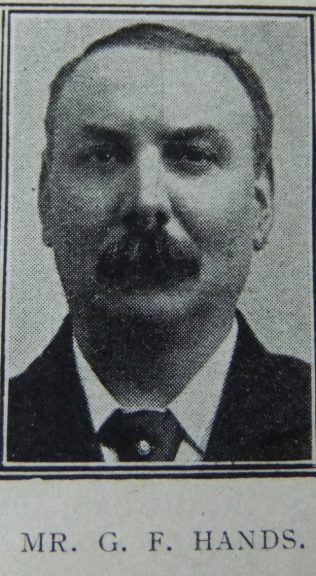 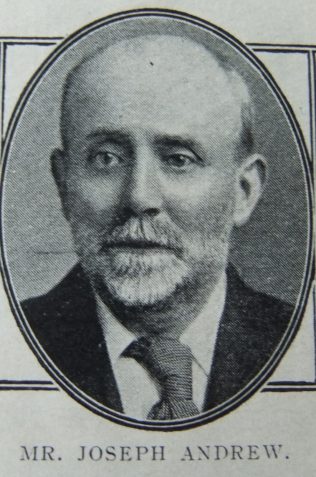 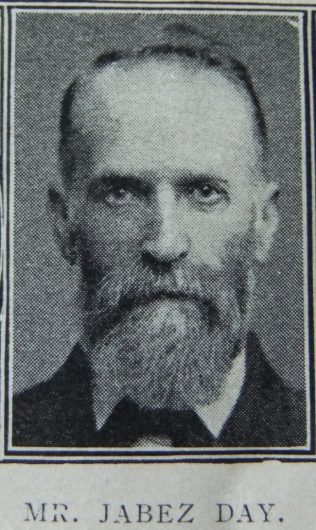 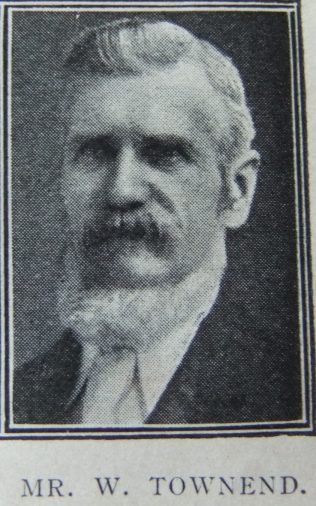 Transcription of article in the Christian Messenger by Rev. Thomas Cook

Hull is known throughout our Churches as a stronghold of Primitive Methodism. That the city is worthy of this distinction is shown by our marvellous history and development. Since William Clowes began a religious work here on January 15th, 1819, our growth has been most remarkable. The story of our sanctuaries alone is a fine testimony to the persistent toil, the unflagging faith in God and the large generosity of the people gathered within them.

The third Circuit was formed in 1870 with the late Parkinson Milson as its superintendent. It comprised within its borders what is now the Sixth Circuit, the latter division being made at the Conference of 1896 under the superintendency of the Rev. A Beavan.

There are seven churches in the Circuit at the present time with a membership of 690, and property valued at £17,727. It has a history of which any church might well be proud, and which illustrates in a marvellous way the presence and power of God amongst His people. The Circuit has been favoured with the sound administrative judgment and constant loyalty of officials whose names have been known throughout all our Zion, and whose distinguished service and hearty co-operation contributed to its growth and prosperity. In its ministry the Circuit has been equally fortunate. It has had as its ministers men whose names have been honoured names in Primitive Methodism, and this has contributed in no small measure to its progress and distinction.

Our Circuit Steward, Mr. Joseph Andrew is a life-long Primitive Methodist, and has been an ardent Sunday School worker for forty-two years. He is a typical Steward and thoroughly understands the many phases of his office. He is unassuming, genial in temper, large-hearted, and thoroughly devoted to Circuit duties. The Assistant Steward, Mr. W. Rawson, is an enthusiastic school worker and superintendent. His keen interest in the welfare of the Circuit and his generosity have won for him the love of the people.

We have in the Circuit an excellent staff of officials, including local preachers and Sunday School

Workers, who take a keen and intelligent interest in the welfare of the Churches.

Holderness Road – Holderness Road Chapel was built in 1863 at a cost of £5,116, and has seating accommodation for 1.000 persons. Previous to its erection the Church had worshipped in Holborn Street. Here the work prospered to such an extent that it was felt newer and larger premises were needed for our work in East Hull, and God opened the way and the Holderness Road Church was built. The name of the late Henry Hodge can never be dissociated from this House of God. The Church has had a thrilling history. It has been the spiritual birth-place of crowds of people and has witnessed some of the mightiest revivals the city has ever known.

Our present membership is 310, and although sustaining some loss in numbers and material resources by the removal of several families to the new cause on Holderness Road, the Church is strong, healthy, and vigorous. We have a large Sunday School with over 800 scholars. In its various departments have been reared men and women who have brought honour and praise to the Church. A large percentage of its 73 teachers have come from the ranks of the scholars. It has nurtured and developed a host of officials who have added to the strength and stability of the Churches. Several ministers who are taking honoured places in our Church have passed through our Sunday School, including Rev. J.T. Scruby and Rev. H. Fox.

Our Society Steward, Mr G.F. Hands, is most energetic and devoted, and is ably assisted by Mr. J. Moss.

Mention should also be made of Mr. Jabez Day, who for more than thirty years has acted as Sunday School secretary, and whose service in the School department has been unstinted.

Bethesda.- A new chapter in the history of the Circuit began with the building of our Bethesda Church, situate also on the Holderness Road. It is our most recent enterprise. It is a School Chapel with sitting accommodation for 550 persons, and also the most up-to-date accommodation for carrying on aggressive work amongst young people. Including a large plot of land fronting the Holderness Road, for the new Church, it has cost £6,500. The fact that the Church has only been opened for about seven years and that the present debt is only £1,500 is sufficient evidence of the rapid progress and vigour of the Church. The new Church is greatly needed, and it is hoped that in the near future we may be able to build. The situation is being faced with resolute determination by a band of devoted and enthusiastic workers. The growth of the Sunday School has been most encouraging, the number of scholars already exceeding 700. Our Society Steward is Mr. William Townend who is held in high esteem. His loyalty and intense earnestness have won for him the confidence of the Church. He is well supported by his assistant, Mr. David Green.

Hodgson Street. – Our Church at Hodgson Street was built and given to the connection (Connexion) by the late Mr. Henry Hodge. It cost £1,450, and has a seating capacity for 250 persons. Some few years ago the Church passed through great dif?culties and gave the Circuit much anxiety. In recent years, however, there has been marked improvement and the outlook is brighter. We have associated with the Church a large and enthusiastic C.E. Society, and also a prosperous Sunday School. Mr. T.T. Cass, who has been an esteemed official in the Circuit for many years, is worthy of mention in connection with Hodgson Street. He is the superintendent of the School and is one of the most devoted and self-denying workers.

Stoneferry.- Our Church here originally worshipped in the cottage of a Mr. Tomlinson; subsequently the services were held in glass House Row. The present Chapel was built in 1871. The cost was £820, and the present debt is £50. The Church is situated in the midst of a growing population, and with a splendid band of young people our outlook is most hopeful.

Sutton.- Our Church at Sutton was built in 1879 at a cost of £2,225. Recently a pipe-organ has been added at a cost of £250. Two years ago a new departure was taken by locating one of the ministers at Sutton, with the hope that a new impetus might be given to our Church.

Wawne and Coniston, our village Churches are well provided with Chapel accommodation. The former Chapel is debtless and the latter has only a debt of £50 remaining on it.

In addition to our Church property we have two excellent manses erected at a cost of £1,200.

Altogether the story of the Hull Third Circuit is worthy of the finest achievements of this metropolis of Primitive Methodism in the days of its greatest progress and development. There has been loyalty to the Connexion which is everywhere vital to the progress of our Church. We hear to-day of the decline of denominational attachment as the result of a growing catholicity of spirit and breadth of outlook. We venture to say that this is quite compatible with an intense and thoroughly intelligent  attachment to one‘s own Church. Certainly Primitive Methodists in Hull have in the days gone by loved their own Church and toiled for its advancement in season and out of season. And this reminds us that there has not only been loyalty but there has been a great deal of hard work. The results attained would have been impossible in the absence of devoted and strenuous service. Here, again, the Circuit has been true to the traditions of the past. Whatever may have been due to the spiritual power and evangelistic qualities of Clowes and his labourers in the early days; however large the place we may give to the power of God, God helps those who help themselves, and in Hull, as elsewhere, the wonderful results attained both in the making of converts and the provision of Church accommodation, very little would have been realised in the absence of hard work. Closely allied with this as one of the conditions of the success of Hull Third has been the spirit of self-sacrifice and Christian liberality. All these thousands of pounds worth of property could never have been ours without a good deal of self-sacrifice. No doubt in this respect Hull owes a good deal to the Hodges who not only gave generously themselves, but who set an example of Christian liberality which cannot have been without its influence upon others.

The material resources of the Circuit are being developed and its general interests consolidated. The past of the Circuit is a record of loyal and devoted service crowned with abundant success and the future is rich in promise.

The present ministers are Revs. T. Cook, G.T. Chappell, and R.J. Fenwick, who are being ably assisted by a large band of laymen and a zealous host of young people.