You are here: HomenextPlacesnextYorkshirenextO - ZnextWhitby: The Centenary of Primitive Methodism in Whitby, Yorkshire

Whitby: The Centenary of Primitive Methodism in Whitby, Yorkshire 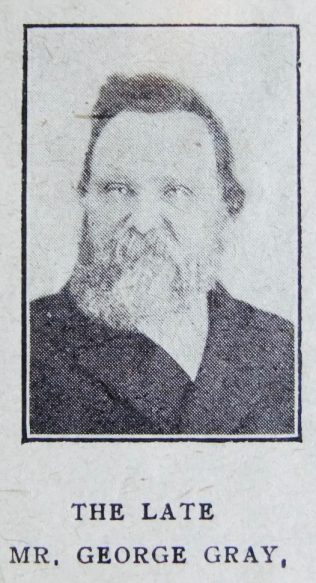 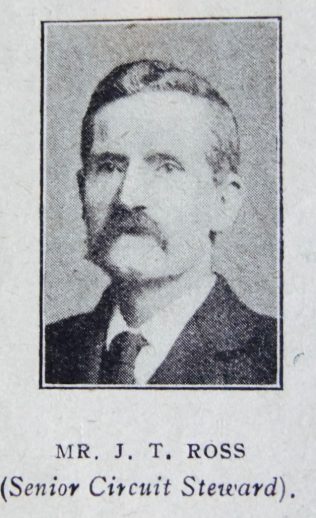 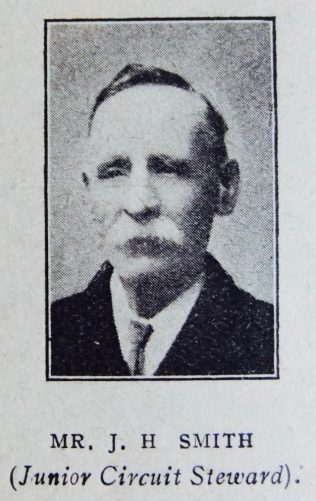 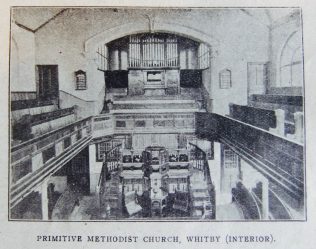 Transcription of Article in the Christian Messenger by Rev. F.R. Brunskill

WHEN a circuit reaches its Centenary year it usually happens that a new interest is awakened in the origin and early development of the religious movement. Fortunately, the story of the beginning of Primitive Methodism in Whitby is not shrouded in myth. William Clowes himself has left a clear and vivid account of the day he first entered the old town, and we shall quote from his Journal. It will be remembered that in 1821 Hull was the great centre and responsible mother of the Northern religious development, and Clowes was the chief leader in the evangelistic campaign. In one of the mission journeys North, Clowes preached at York and there met a friend who invited him to visit Whitby. A short time afterwards, Clowes travelled to Scarborough, passing through Stokesley, Castleton and Danby. He writes: “From Scarborough I pushed on to Whitby, and preached there (January 30th, 1821) for the first time in a school-house, the weather being unfavourable for preaching abroad. However, at three o’clock in the afternoon, I went to the market-place and stood up and preached to a large company, and, notwithstanding it was cold, the people remained immovable to the end of the service. Some of the baser sort endeavoured to create disturbances; however, I was honoured with the presence of the Chief Constable (whose name was Wilkinson) who kept the sons of Belial at bay, and who was at my side this time, but it has been too frequently the case in my course, to see the magisterial authority enlisted on the side of the lawless mob, encouraged by those whose fears have led them to suppose that their craft was in danger. This constable, having heard me preach in the open-air, in the neighbourhood of York, whilst bringing prisoners to the castle, his heart was touched, and, he told me if ever I went to Whitby, his house should be open for me; and now I found him as good as his word. He did not merely protect me, as every officer of police ought to protect the ministers of religion in the exercise of their function, but made me welcome to his house and table. I preached again in the New Market at nine o’clock, and though the rain fell, yet the people heard attentively; in the afternoon, the rain beat us off, and I preached in a large room (probably the same as that which afterwards became the place for the enlarged chapel) and, in the after-meeting one soul cried out for mercy and deliverance. I now formed a Society, and the work broke forth like the torrent of a mountain. In a short time we had upwards of one hundred in the society, and a new Chapel erected.”

What was meant by the “new” chapel was probably the large room made larger, and more suitable for worship, for it was not until 1841 that a new building was erected on the same site.

William Clowes made a most promising beginning, yet it seems that two years after his visit, the Society was discouraged and the first fervour was passing away. One of the preachers from Scarborough, J. Peart, was the means of restoring confidence. He writes in his Journal: “According to appointment, I preached at Whitby (March 29th, 1823) on Easter Sunday, where I found religion at a low ebb, and there were some trials. The power of God attended the Word in the morning; the people wept bitterly, and seemed to receive the seed into good and honest hearts. But I did not hear of any who got saved. The congregation was large in the afternoon: but more so in the evening, when the Word cut its way, produced a cry for mercy, and one obtained redemption in the blood of Christ, the forgiveness of sins. The following Friday evening before the fourth of April, preached in the same place to a very large congregation, who heard with great attention; some were aroused, for whom we wrestled with God in prayer; but did not prevail; so they went away unsaved. Sunday, the 6th, preached to them on the nature of Acceptable Worship in the afternoon, when many of the higher rank appeared to receive it as honey or the honey-comb; indeed, both high and low seemed to be pleased, and I trust, profited too; which occasioned the chapel to be thronged in the evening, when the power of God was present to wound and to heal. After preaching, I gave a word of exhortation to the Society, allowing any to stay in who were determined for heaven. The Word ran as among dry stubble. The people caught the flame, and soon the singing pew was filled with penitents and faithful labourers, who, with unabated and almost unequalled zeal and vigour, continued to carry on the glorious strife, rejoicing over the falling powers of darkness, making not only the gates of the infernal regions to tremble, but the very foundations to shake and give way; till doubtless the blood-washed throng on High tuned their golden harps, and bore testimony to the zeal of the Spirit in our triumphant victory, by their loudest bursts of Hosannas to Him who had washed the leper from his stains, while we ourselves echoed back the soul-reviving sound of another sinner saved by grace. Thus we continued in the strength of the Lord of Hosts to pull the devil’s kingdom down, till about ten or eleven o’clock at night, when we returned home victoriously; two professing to have found the Lord.”

We have quoted at some length, but these records will help us best to visualise the life and faith of the first Primitive Methodists in Whitby better than any words of our own. Happily, we have some interesting links with the past. While there are none old enough to remember Clowes’s visit, yet there was among his hearers a girl who was blessed under his word and afterwards became a notable preacher of the Gospel. The story of Miss Ann Frank is told brightly in “Kendall’s History.” The work she did was long remembered. She was in later life the mother of the Rev. John Swales and Mrs. Ruth Tate, the latter living in Whitby and finding joy in the memory of her sainted mother’s life and work. Another name remembered in tender affection is that of Mrs. Nanny Tate, who lived in the early days in the Old Chapel Yard and exercised a unique kind of ministry. She was the kind mother of the first preachers to Whitby, finding them a home and what comforts she had at her disposal. She also loved the children who entered our first Sunday-school. As she lived so near the chapel she encouraged the children to attend regularly, and in hot weather provided them with water to quench their thirst, and no doubt other things besides, for she kept a small shop and with it a generous heart. Her grandson, Mr. Gaskin, lives in Whitby and is proud of this story and the part his grandmother took in our first work in the town.

The development of the circuit was rapid and extensive. Sixty years ago it branched out in two directions, in form, like the arms of an acute angle, the one arm stretching up the Danby dale and the other along the coast to Loftus, with Whitby at the point where the lines met. In those days it was a hard circuit to work, for there was little chance of conveyance and no railways at that time. Yet, there were men in those times who thought nothing about the long journeys, and the spiritual work prospered on every hand. And now, what was once one circuit, is divided into two and part of a third and more. Of the group of circuits formed out of that early religious movement, Whitby is now perhaps the smallest in membership, through emigration and the closing of the old ship-yards. It is interesting to observe, however, that in the Centenary period, the ship-yards are once more being opened, and this time with a large plant for building much larger vessels, and hopes are entertained that many of the old Primitive Methodists of Whitby will return again to the town of their birth.

Among the makers of Primitive Methodism in Whitby may be named, James Ellis, John Hornsby, James Beswick, James Pearson, Thomas Pearson, William Dawson, Thomas Smithson, John Sanderson, William Estill, George Gray, Isaac Fisher, George Fairfoot, James Wildsmith, William Puckrin, Richard Vasey, John Clegg and others. These have all given of their best to our Church and have passed to their reward. Of faithful women, there have been not a few. No church could have had a more loyal band of workers. Indeed, the present new Church was made possible by their labours for many years. On a marble slab in Church Street Church may be found the names of Mrs. Clifford, Mrs. Gray, Mrs. Bowran, Mrs. Wrightson, Mrs. Langley, Mrs. Benson, Mrs. Robson, Mrs. Olivant, Mrs. Carris, Mrs. Smithson (who reached her hundredth year only last year) and Mrs. Harland who was a faithful worker from the beginning of the sewing meetings. The company of stalwarts of the past is now growing small, and such names as the Andersons, Frankland, Trowsdale, Langley, Spence, Ross, Hall and Green we are glad to know are still on the Church Roll and are active forces in the life of the Church. In the villages in the dale, there have been some splendid characters and hard workers in our cause. At Goathland there were Aaron Pearson, E. Briggham, J. Pringle and J. Calvert. And at Danby, Job Garbutt, the chapel builder, and still with us keeping the flag flying, the Pagets, of Clitherbecks, who are most true and loyal in the work. At Castleton, the Bensons, Wilsons, Tophams, Fishpools, Scarths and T. Wright, the present treasurer, Mrs. Venus, of Fryup, and John Atkinson, of Lealholm, and Mrs. Williamson and Mrs. Bones, of Houlsyke, are all names we mention with gratitude and joy.

The circuit has also sent out a number of ministers, Thomas Weatherall and his brother William, Alfred Stabler, William Barker, Jackson Harding and George Langley were all Whitby lads. The Rev, W. Robson, supernumerary, also has had a long and active interest in the Church.

The circuit has never lost its spirit of adventure, and of recent years a new Chapel has been built at Ruswarp, a pretty village near Whitby. It was built ten years ago, and some were doubtful as to the wisdom of the venture but it has been fully justified. We have thirty members, a Sunday-school and C.E., and a healthy and promising Church. When the Church was opened at Church Street, there was a debt of £2,155 to face, and only a Church of about one hundred members. Since then it has been reduced to £500. The Centenary year will be celebrated in the spirit of Faith and Hope, and in addition to the religious awakening that all the Church members are anticipating, an effort will be made to liquidate all the remaining Trust debts of about a thousand pounds, and so prepare the way for a new and greater religious work in the town. The work and sacrifice of the hundred years will not fail to yield rich and noble fruit in the days to come, and with the springing up of the new industry in the town there is reason to expect a great and prosperous future for Primitive Methodism in Whitby.