The Boys of Elmfield 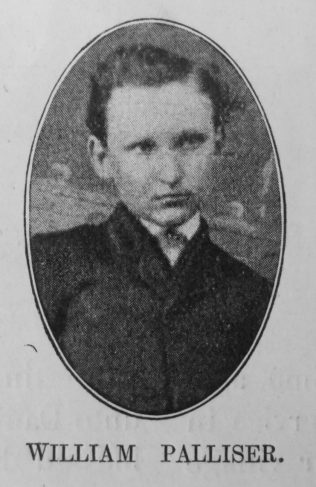 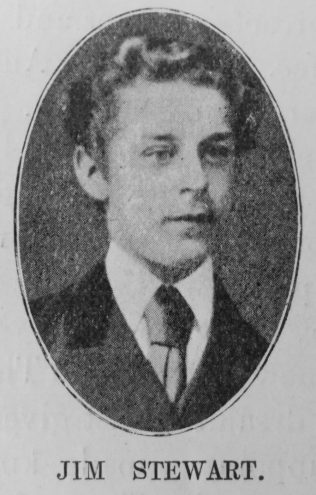 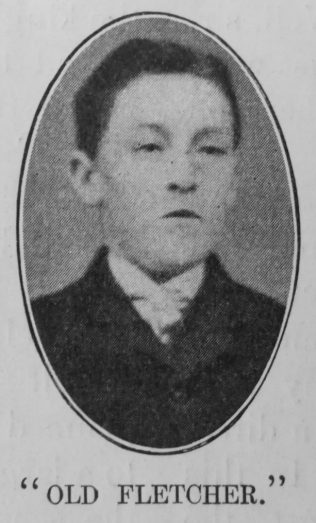 WHERE are the boys of Eimfield of forty years ago? Ah, me! how quickly the years have flown, and how many of my schoolmates have fallen in the conflict! I look back to that April day when I first trod the corridors of Elmfield and it seems but yesterday. But the tall lanky boy of that day is now fast growing venerable, and will soon rank, if he does not do so already, among the fathers of the Connexion. The old boys are all over the country now, and yet I am surprised that I do not more frequently run across them. Ever and anon I meet an old Elmfieldian, but of the vast majority I have heard nothing for years. Of those of whom I have kept trace the most have done well. Some of them have died, and died well. Others are occupying honourable positions, and some have failed. Let me try and recall a few of the old boys.

My bed-fellow and my desk-mate occur to me first. The former I will not name. He is still living, but has wasted his paternal inheritance, and occupies a very different inheritance, and occupies a very different position from that which ought to have been his. He and I got on very well, considering the very intimate relation in which we lived. I only remember once having any serious controversy with him, and that was in regard to the pronunciation of a certain word which we argued over in bed. So heated was the argument, and so entirely oblivious was I of everything except my eagerness to confute my opponent, that when Mr. Churchward came up to bed in our dormitory, I appealed to him to settle the point at issue between us. Of course he sharply rebuked me and said I should have a task next day for talking in the bedroom. I remember this much, but not the task. Anyhow I was right and that was some consolation.

My desk-mate, W. Palliser, is a successful business man, I believe, in York to-day. He was a rather handsome boy from some place not far from the city. Steady going, kindly and good, I do not remember that although we ran a neck-and-neck race for a prize it ever made any difference to our friendship. But it was a terrific contest, waged over six weeks, and if I beat him in the end he was not disgraced, for he was only eight marks behind me. Sleeping in the next bed to mine was a boy of about my own age, with whom I became intimate. He was a minister’s son and never tired of talking of his father, of whom he was justly proud. He, too, was a smart, handsome boy, ruddy faced, and full of fun. Sanguine, genial, chatty, he treated the boy from the country with a kindness which won my heart, and we had many long talks together. Oddly enough he and I also were rivals one half-year, and anxious to win the same prize. He was very confident of winning, and he certainly made a good fight. But for once he came in second, but only by a neck so to speak. His name is well known in some Primitive Methodist circles, and he has rendered good service, but somehow of late years I have heard little of him.

Spence, of North Shields, bore a name well known in Northern Primitive Methodism. I was intimate with him also, partly because we were in the same classes, but chiefly at the outset, because my sister was residing in North Shields at the time and was acquainted with his family. He had good abilities, and took a good place in the classes. I think he emigrated to Australia on account of some throat affection and I have lost sight of him for years. The mention of his name has called to mind another-boy, of whom I have heard nothing since leaving the school. Bob Pattison I always recall as a kind of model boy. I cannot tell just how he came to make such an impression of character, and strength, and steadiness upon my mind, but that is how I have always thought of him. For some reason he looked after a smaller boy, Jim Stewart, the sunniest, jolliest, and most genial little chap imaginable. His father’s name, too, was one honoured in Northern Primitive Methodism, and the old Elmfield boy is to-day a prominent business man in Newcastle.

I have a vivid remembrance of Walter B. Scott, the son of the venerable Rev. Jonathan Scott, of Norwich. His father was his hero, and he never wearied of talking of him. A fair-haired, sturdy boy, a great talker, and unusually sure of himself. I recall a dispute we once had about a certain passage of Scripture. I stoutly denied the accuracy of his interpretation, but quite failed to convince him.

Forty years afterwards I met him in Norwich where he was on a visit with his wife and family from Christchurch, New Zealand, and reminded him of our old argument. He could not recall it, but admitted readily enough the accuracy of my position in the matter. He has become one of the large contractors of the world, and executed several contracts in South Africa for the Government. He is very proud of the beautiful Scott Memorial Church in Norwich, and has promised considerable help towards the effort being made to clear off the remaining debt. Gough, Baron, Brown, Heys, and Howchin, were all boys in my time, and afterwards became assistant masters. All of them I knew well, and could hit off some of their characteristics were it necessary. But some of them are dignitaries, of whom it would ill become me to speak in familiar terms.

One often wonders what has become of some of the boys of that time. Alphaeus Morton and I headed the procession to chapel on Sundays as the two tallest boys. This was towards the latter part of my time. I have never heard of him since. Fairbank, too, with a fund of quiet humour, has long since passed out of my knowledge.

John, now Sir John Tweedy was a tall, well-set-up young fellow with round, ruddy face and a fine head of hair. I recall his religious spirit and how he would often pray at the prayer meetings. He was a kind of special pupil on his way to higher things. His brother Jim sat beside me at table in the dining hall, and another brother, Bob, was at the school at the same time. Of both of them I have a very distinct remembrance. Dyson Mallinson, too, I well remember as a genial, kindly boy, and I recall some of the talks we had together.

S. Antliff, Charlie Stokoe, Tom Fletcher (not the Vice-President who was before my time I think), Birch (recently passed away after a beautiful life), Blake and Jobling, Bennett and Walton, Warburton and Hill, are among the other names that still linger. But my space is gone.