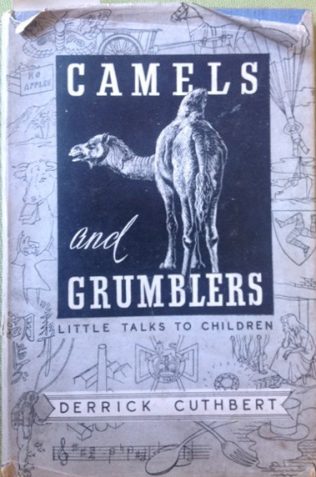 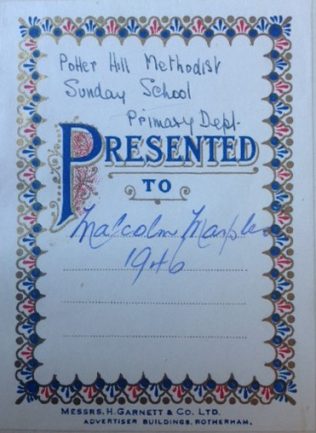 Greasbrough is a large village on the outskirts of Rotherham, South Yorkshire. The 1881 Kelly’s Directory lists the village as having a Primitive Methodist Chapel built in 1857 and also a chapel with schools for the Primitive Methodists on Potter Hill which was opened in 1881.

It was the Chapel on Potter Hill that both sister and brother Shirley and Malcolm Marples went to. There were also times when they went to the Wesleyan Chapel in the same village.

Malcolm has one surviving Sunday School prize from his time at the Primitive Methodists. He also recalls it was where, as youngsters they went to film shows, Laurel and Hardy, Abbot and Costello, Charlie Chaplin, Hopalong Cassidy etc. The film shows started at 7pm but Dick Barton on the radio did not finish till 7pm, so Malcolm would be on ‘his starting blocks’ and as soon as Dick Barton finished he was out of the door, down the hill and got to the film show just before or after the lights went out.