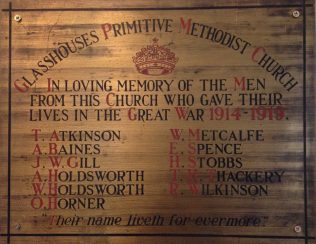 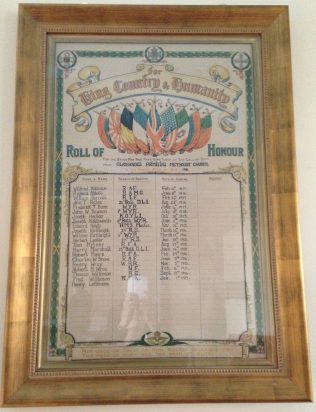 In loving memory of the men from this Church who gave their lives in the Great War 1914-1919.

‘Their name liveth for evermore.’

For the brave men who have gone forth to the call of duty from Glasshouses Primitive Methodist Church to the Great War of 1914-1918.

These are both hanging on the wall in the Methodist Church, which is the schoolroom adjoining the former Wesleyan Chapel, which is now a house, when I visited Glasshouses and met the stewards, Olive and Audrey, on 5 December 2015.