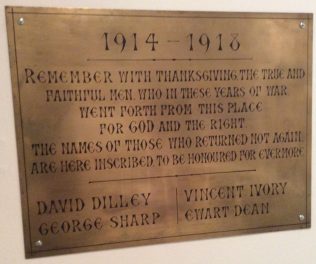 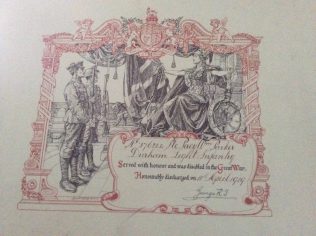 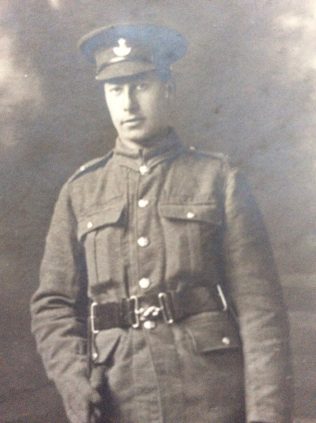 This war memorial plaque is from the former Park Town Primitive Methodist Church, which was in Brache Street Luton. This church was demolished in 1972 and replaced by a new octagonal church Strathmore Avenue Methodist Church.

The men from this church who died in the First World War were David Dilley, George Sharp, Vincent Ivory and Ewart Dean.

Percy William Parker served with the Durham Light Infantry during the First World War. He was one of the young men from the church who survived the war, as his discharge certificate shows. He was a lifelong member of Park Street Church.