'Three Months with the Colours' 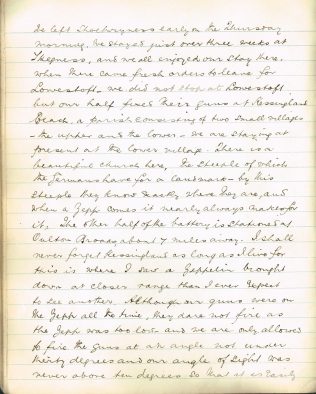 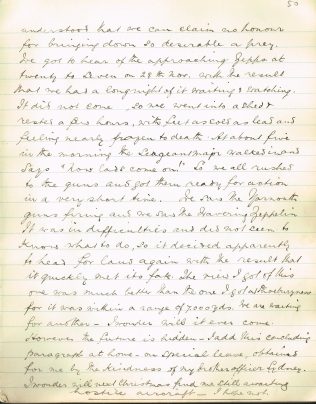 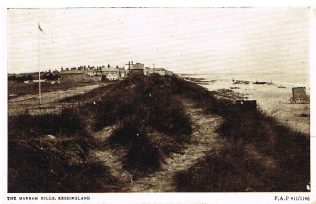 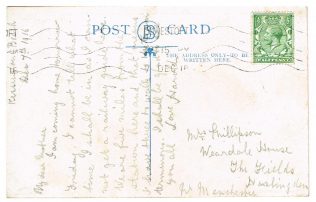 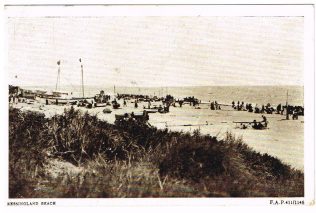 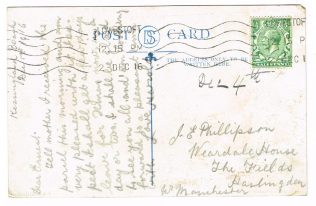 Some extracts from an article written for the family ‘Household Annual’, which was put together at Christmas each year, and each member of the family contributed something. The year is 1916.

“This year has been the most eventful of my life, for I have seen sights that I never thought to see, and have lived under conditions that I should have dreaded a few years ago, or before army life made me less particular about comfort. No-one can tell what he can go through until he has it to do. Little did I think I should ever be in the forces but this is where I am, and where I shall be probably until such time as peace is declared.”

Enlisting in the Royal Field Artillery

On August 21st 1916, Harold went to Preston to join the army and was sent to Bulford to join the Royal Field Artillery. His first impressions of the army were anything but palatable – “I remember the cook got a big yard brush to brush the table down, and after he had done it, it was so thick with grease that it almost turned one sick, but after a few days one came to accept the inevitable and ate what was served, or else went without.”

“Our sleeping accommodation at Bulford consisted of a pillow and paliasse filled with straw and three blankets. We were supplied with two low trestles, and three boards on which we placed our paliasse , covering all with the blankets-a pillow on this for the weary head, two blankets above the weary body, and we are quite set up for the night. All lights had to be out at a quarter past ten.”

After three weeks at Bulford, Harold was moved to Shoeburyness where he stayed for six weeks. Though this was a prettier place than Burford, conditions were much less comfortable. He describes the sleeping arrangements as being very bad. “We had our kit bag for a pillow, a waterproof sheet to lay on the ground and then two blankets on top of it to lie on, then another blanket and our greatcoats as covers. Of course we were sleeping under canvas and sometimes we were so cold that we had to get out of bed and run about to get warm. Our food was served out to us under marquees and often it was very poor indeed. It used to cost me, many a week, all I got, to feed myself-in addition to what was served out to me.”

He describes his training at Shoeburyness thus:

“The first fortnight was all foot-drill, and then we had a week to learn rifle shooting, and then we were put on 3 inch semi mobile fixed guns for a time. The last week we were there we were transferred to the anti-aircraft mobile brigade. The anti-aircraft guns are carried about on motor wagons, which enable them to be carried easily anywhere they are required. After a week’s training we were ordered to leave for Skegness, which was 4 days journey by motor wagon. These days were very uncomfortable for we had to get our food anyhow on the roadside, which was anything but pleasant.”

After 3 weeks at Skegness they were ordered to Lowestoft but Harold’s half of the battery did not stop there, but rather moved on to Kessingland Beach. The church steeple here was a landmark for the Germans, and the Zeppelins nearly always made for it. Harold writes of one incident; “ I shall never forget Kessingland as long as I live, for this is where I saw a Zeppelin brought down at closer range than I ever expect to see another. Although our guns were on the Zeppelin the whole time, they dare not fire as the Zeppelin was too low, and we were only allowed to fire the guns at an angle not under thirty degrees, and our angle of sight was never above ten degrees so that it is easily understood that we can claim no honour for bringing down so desirable a prey.

We got to hear of the approaching Zeppelins at twenty to seven on 28th Nov. with the result that we had a long night of it waiting and watching. It did not come, so we went into a shed and rested for a few hours with feet as cold as lead and feeling nearly frozen to death. The sergeant major roused us at about five in the morning, so we rushed to the guns and got them ready for action in a very short time. We saw the Yarmouth guns firing, and we saw that the Zeppelin was in trouble and did not seem to know what to do. It decided apparently to head for land again with the result that it quickly met its fate. We are waiting for another – I wonder will it ever come, and will next Christmas find me still awaiting hostile aircraft – I hope not.”

Harold was the son of John Phillipson, a Primitive Methodist minister, then living at Weardale House, The Fields, Haslingden, near Manchester.