You are here: HomenextTopicsnextFirst World WarnextChaplainsnextList of Primitive Methodists who served as Chaplains in WW1

List of Primitive Methodists who served as Chaplains in WW1 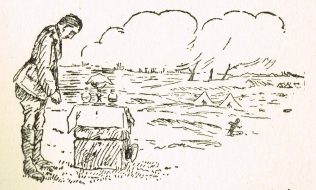 An initial list of 33 named individuals was supplied by Dr Neil E Allison, the official historian of the United Board, which is the organisation set up at the beginning of WW1 to enable Baptist, Congregational, Primitive & United Methodists to send their own military chaplains to serve their denominational troops. He has served as a military chaplain for over 16 years and has written and lectured widely on the work of the United Board and the work of its chaplains. Dr Allison has written about some of their ministry in more detail in The Clash of Empires 1914-1939.

The list is being added to as others who served as Primitive Methodist Chaplains during WW1 are identified.