Used on the Battlefield in WW1 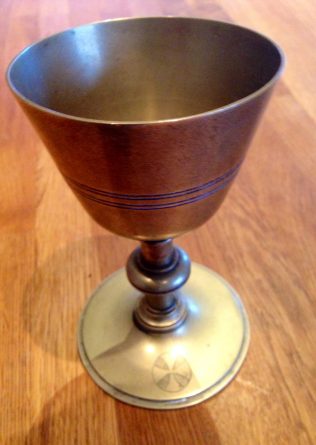 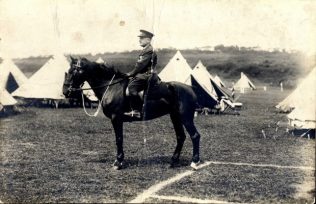 This Chalice was part of a Holy Communion field kit belonging to the Primitive Methodist Senior Chaplain  Rev George Kendall OBE . He took Communion in the field during most of the major battles in WW1. For the period 1915-18 it was used by men from a number of regiments including the Welsh Division, Northumbrian fusiliers and the Royal Artillery. For many, it was their last Communion on earth.
The Chalice is slightly buckled. This damage occurred during the middle of Rev Kendall’s Holy Communion service in a trench hut, during the battle of the Somme 1916. The hut, filled with soldiers, sustained a direct hit from a big shell which exploded near the makeshift Communion Table, demolishing the hut completely. No one was hurt; Thanks to Rev Kendall, the hut was empty.