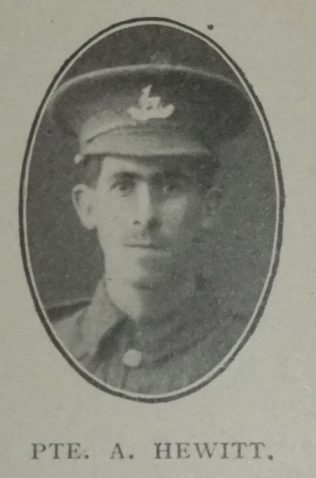 This noble young fellow has made the great sacrifice. “On the 4th June, 1916, he was killed by a bomb in his own dug-out.” So runs the account of an eye-witness. This news was only recently received. For about eight months he was reported missing. Before enlistment he was a very loyal and earnest member of the Stafford Street Church, Walsall. From his earliest years he was a scholar in the Sunday school, and later he was appointed to teach a class. He was also the secretary of the Senior C. E. Society, choir secretary, organiser of the Bands of Hope on the circuit, and captain of the Stafford Street Cricket Club. In all these positions his genial disposition, his transparent sincerity and high Christian character, endeared him to everyone. The news that he had been killed filled all who knew him with deep grief. He is sorely missed.

On Sunday, March 4th, a memorial service was held at Stafford Street, conducted by the Rev. J. Mainwaring.

Archie worked as a whip-maker before the war.

Archie was Private 15/1613 in the Royal Warwickshire Regiment, 15th Battalion