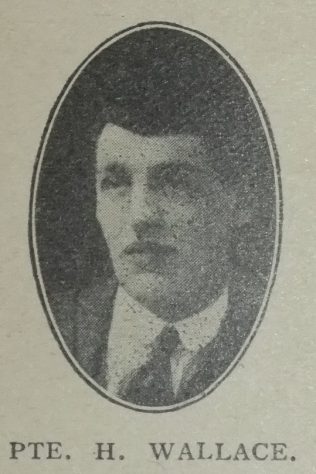 The Newcastle-on-Tyne Second Circuit has suffered a heavy loss on the death of private Herbert Wallace, familiarly known to all his friends as “Bert,” who made the “great sacrifice” in France on October 7th last at the age of nineteen years. He was closely identified with the Benwell Church. He was a Sunday school teacher and Christian Endeavourer, and for six years fulfilled the duties of Organist. He had a great influence with the young people who were drawn to his side by his winning personality. During the few months he was away, his letters home and to his friends all were expressive of his interest in the Church and those connected therewith. Previous to joining the Army, he was a student at Armstrong College, where he was preparing for his B.Sc. examination, with a view to the teaching profession. Many of his friends hoped that one day he would find a place in our ministry. The Rev. W.D. Cox conducted an impressive Memorial Service on Sunday evening, November 26th, 1916.

Herbert was Private P.S./10401 in the Royal Fusiliers (City of London Regiment), 8th Battalion. WW1 casualty records identify he was killed in action on 5 October 1916.