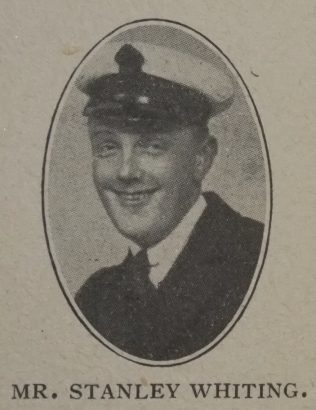 New Road Church, Battersea Circuit, has suffered another great loss, in the death of Stanley Whiting, who died on 26th Jan., aged twenty years. Like his cousin, Leslie Brown, who was killed in action a fortnight previous, he had been a life-long member of our Church. Soon after joining the local Scout Brigade, he was appointed leader. In him they found a concrete example of its motto, “Be Prepared.” His choice of profession was architecture. He secured his matriculation certificate early in 1917, and was accepted as a probationer in the Royal Institute of British Architects. In May, 1916, he joined H.M. Forces, and served in the Royal Naval Air Service. Just prior to his death he received the news that he had passed successfully the Petty Officer’s Educational Test. After undergoing a severe and critical operation, he passed away. Widespread sympathy has been a real ministry of comfort to Mr. and Mrs. Whiting in their irreparable sorrow. The Rev. M. Featherstone, at the memorial service, paid a fine tribute to his worth and work.

Stanley was Aircraftsman 1st Class, F.13871., in the Royal Naval Air Service attached to HMS President II. He died of disease on 27 January 1918 and was buried at Streatham Cemetery, Garratt Lane, Tooting.