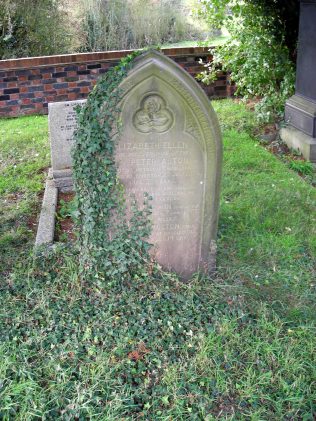 Elizabeth was the wife of Rev Peter Aston, Primitive Methodist Minister. She died at Tiverton on 22 July 1878.  She was buried at Englesea Brook on 25 July, aged 38.

Also on the monument are recorded the deaths of two of their children.