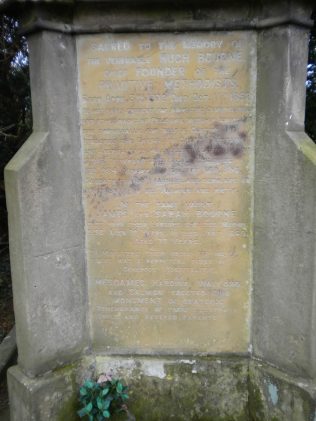 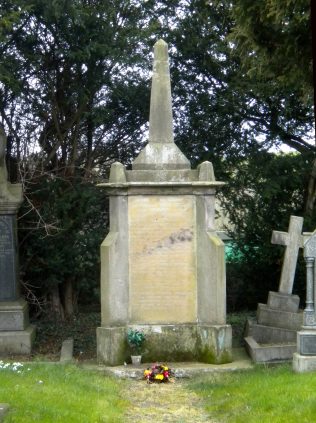 James was the younger brother of Hugh Bourne, one of the founders of Primitive Methodism.  He and his wife Sarah are buried with Hugh Bourne.

‘In the same vault James and Sarah Bourne rest from their labours.She died March 1853, aged 70 years. He died January 1869, aged 78 years. To Ministers their house for many years was a perpetual scene of generous hospitality.’

This monument was erected by their daughters, ‘Mesdames Harding, Walford and Salmon’, ‘in grateful remembrance of their illustrious Uncle and revered parents’.

‘Mrs Sarah Bourne, wife of Mr James Bourne, of Bemersley, Tunstall circuit, died February 28th, 1853 aged seventy years. Her consistent conduct for nearly half a century proved that she was a Christian of unaffected piety. Her kindness and hospitality for many years were remarkable. At all times it was her delight to contribute to the comfort of the numerous preachers and friends who visited Bemersley. Her last affliction was severe, but she bore it with Christian patience. In my visits to her, I found her longing after the full enjoyment of God, and anticipating with joy the period of her departure to be with Christ, and her end was peace.’