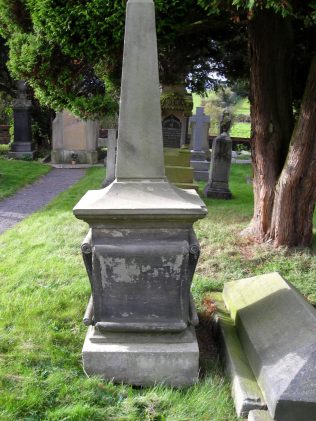 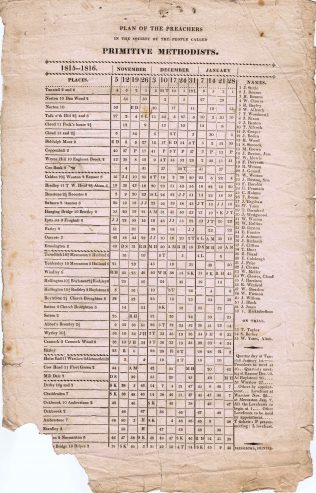 ‘He lived in the spirit of prayer’

James Clifton was born in September 1780 in the township of Balterley, a short distance from Englesea Brook, ‘where he lived the greater part of his life, and ended his career’.

His father Ralph Clifton (1733-1823) was a ‘strict Churchman, and had a prejudice against Dissenters’. When ‘far advanced in life’ he was persuaded by some Wesleyan friends to go to a preaching service at Park Lane. ‘He said afterwards that he had never attended such a meeting before. The people sang all over the house, the preacher prayed without a book, and then preached such a sermon as he had never heard before; it was like a little heaven on earth. He would never after say anything against Dissenters.  He joined the Wesleyan society at Betley, afterwards the Primitive Methodist society at Englesea Brook, and died 3 March 1823, in his 90th year.

In his youth, James Clifton was much addicted to card playing ‘though his general conduct was not grossly immoral’. He frequently heard the Wesleyans preach at Betley, and was convinced of sin, but did not give his heart to God.’

‘He had a severe affliction’ and promised that if he was cured he would serve God. He was restored to health, but didn’t keep his promise, and in a short while became afflicted again.  He then became very afraid and expected to die and ‘to drop into hell’ any minute! As soon as he was better he went to the Primitive Methodist preaching service.  ‘One night John Benton preached and James was truly converted; and I have heard him say that when he came out of the house, the trees and everything looked changed.’ This was on 30 October 1811.

‘He received his first society ticket from the hand of W Clowes, dated January 7th 1812. The infant cause then numbered about 12 members.’

In 1814 James Clifton’s name appeared on the plan as a local preacher. There were only 46 preachers, itinerant and local, he being the 41st.  The members in connexion were then scarcely 300.  (The Tunstall plan was for the whole Connexion).

He frequently walked 6-10 miles on a Sunday morning, preached somewhere at 10.30, took a little food in his pocket, and preached afternoon and evening at one or two other places, and returned home at night.  Once he preached three times at two places beyond Congleton, more than 12 miles from home, and stayed very late at a prayer meeting. Many were converted. He had a little refreshment and started for home, ‘but nature was overwrought.’  He had to stop to rest and sleep sometimes on the way, got home after sunrise, and had to immediately change his clothes and go off to his employment.

Once he preached at a place in Shropshire, and afterwards a farmer who had been affected by his word, invited him to preach in his house, which was much larger, and said he would invite his respectable neighbours, and not the rabble. James objected to this saying, ‘The Gospel is free for all’.

‘His preaching was of a plain but practical kind … in his own village, to the last the people heard him gladly. In visiting the sick he was assiduous, and in some cases successful.’

He was a local preacher for 50 years, and a man of much prayer. He had family prayers four times a day, and a long list of people he prayed for. ‘He lived in the spirit of prayer, and was as truly a praying man as was John Oxtoby.’

He was afflicted for several years and not able to do manual labour. ‘He possessed little of this world’s goods, but he never wanted.’  Generous friends sometimes helped him.  He was mainly housebound for the last three years of his life, and died 4 May 1866, aged 85 years, having been a member of the PM Connexion for 54 years, and a local preacher 52 years.  He was buried at Englesea Brook on 7 May 1866 ‘where many attended as a mark of respect’.  Sermons were preached in many chapels ‘to improve his death’, and by the writer in our chapel at Englesea Brook ‘to a very crowded congregation’.  ‘A public subscription has been commenced to provide funds to raise some memorial over his remains.’