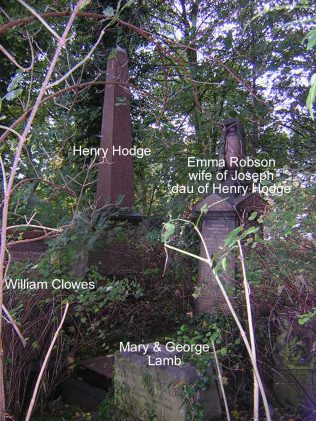 I have spent along time researching my KENDALL ancestors of Ashby Lincolnshire and their connections to Methodism, mainly Primitive, though some did branch out into other forms of Methodism. I am so lucky that their life stories, biographies, photo’s etc have been preserved within the history of these ‘churches’. I gained so much knowledge that, with the added contributions from distant cousins around the world and I spent 10 years writing a book on the family, to pull all the knowledge about the family into one place
The Kendall Family from Ashby Lincolnshire
In the process of learning about my family, I also learnt about the history of the PM church and the people who influenced/crossed the path’s of my KENDALL ancestors.

Researching Charles KENDALL [President of the conference 1881] I found he died in 1882 in Hull and his final resting place was the General Cemetery Hull East Yorkshire. I found he was buried in an area which was known as Primitive Methodist Corner, amongst his friends and colleagues, George Lamb, Parkinson Milson, Henry Hodge and William CLOWES.

I was saddened to see the sorry state of the cemetery and how the monument to the co-founder of the PM church had been neglected. I contacted several Methodist organisations to see if any would take an interest in restoring this area. Bearing in mind this was 2006/7 and the bicentenary of the formation of the PM church was fast approaching. Alas no one was interested and as far as I am aware the graveyard is still in an overgrown state.