You are here: HomenextTopicsnextMusicnextBishop Auckland Choir 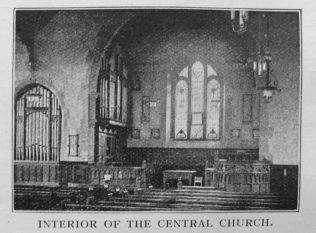 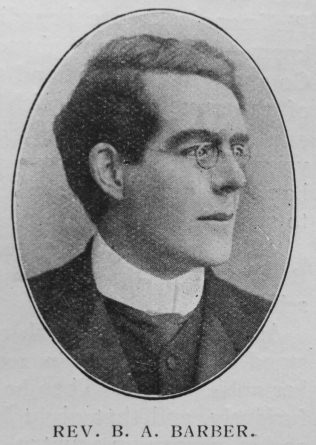 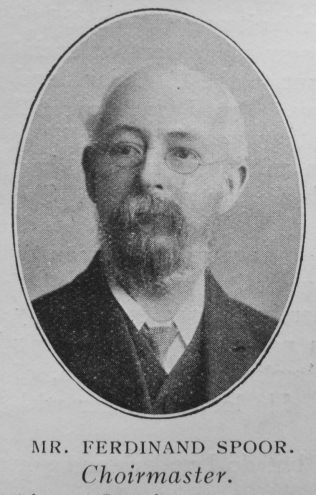 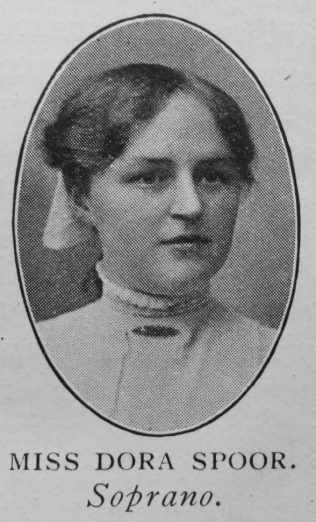 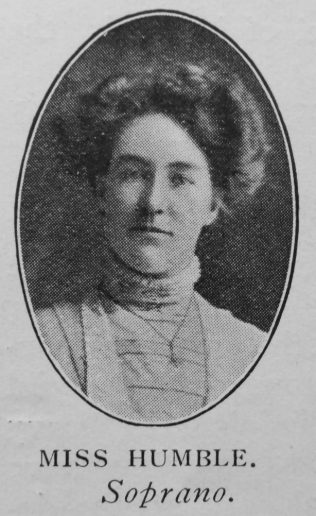 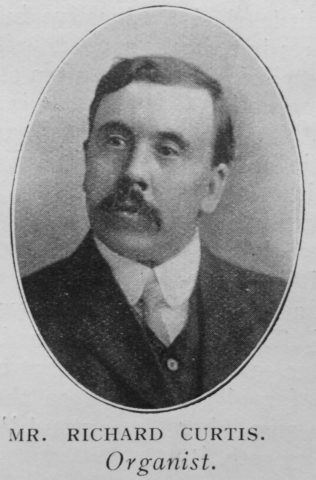 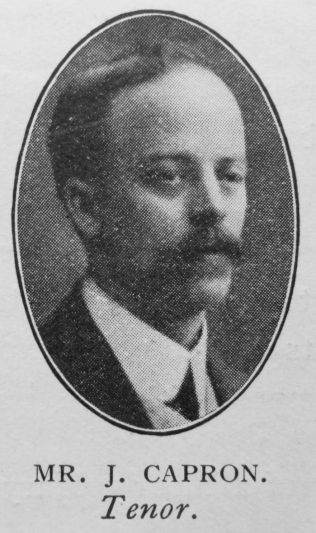 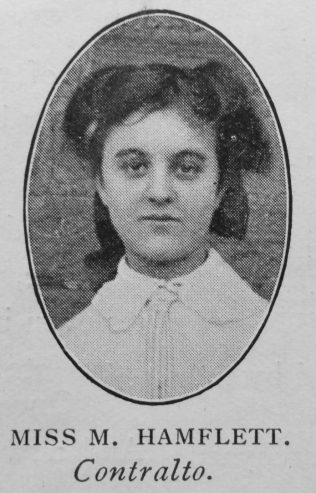 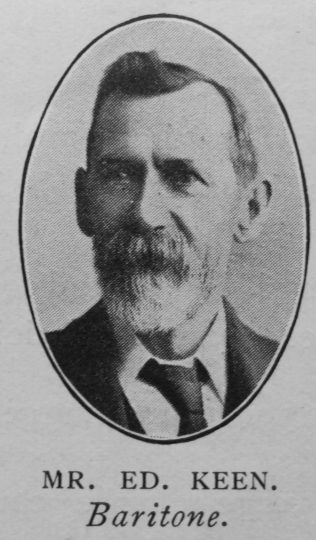 Transcription of article In the series “Our Choirs and Choirmasters” by Rev. B.A. Barber

THE true significance of music as an aid to worship has been long recognised by those in charge of the musical  programme of the services at the Central Church, Bishop Auckland. The strength and quality of the choir is always a guarantee that in the ministry of song no service will lack that inspiration peculiar to well-rendered music. The special selections of the choir and the congregational singing alike contribute to this result, and bear a tribute to this to the musical instincts of this comparatively young church.

There is a wealth of talent both in the choir and in the congregation. Moreover, the church is situate in the midst of a well-educated musical community that boasts a philharmonic society, which for many years has been famous for its classic concerts.

Under the inspiring leadership of Nicholas Kilburn, Esq.—a Musical Bachelor of more than local repute—not a few Primitive Methodist choristers have received their training, and the influence of this distinguished musician in association with the local philharmonic is undoubtedly reflected in the marked efficiency of the Central Church singing. It is perhaps difficult to estimate the precise function of choirs in public worship; but if we could ascertain the real motives that impel to church attendance—particularly in Anglican and Roman Catholic communities—it is not unlikely that we should be surprised to find how many—

“To church repair,
Not for the doctrine, but the music there.”

A good choir, quite apart from the special music it renders, not only sets the tone of congregational singing, but facilitates a reverent and intelligent interpretation of the hymns, enriches the atmosphere of worship and renders the audience more susceptible to the ministry of the Word.

Nor is the pulpit indifferent to its charm, for most preachers readily testify to the unique value of a “really good congregational sing.” The unfathomable speech of music is  unquestionably one of the most  potent aids to worship. In its noblest office it gives expression to those emotions which border on the Infinite and the Eternal.

“Music,” urges a discerning writer, “should be made a department of theology. The more men work along this line and think along it, the more apparent will it become that the highest musical realisation requires that the whole being be disciplined, attuned, and brought into vibrant sympathy with the nature of the Eternal Musician, Who created Beauty and Harmony that they might be the expression and adornment of Holiness.’

A true appreciation of this sentiment would enable our choirs exert a profound and exalted influence on every occasion of public worship. It is indeed the manifestation of this spirit which goes far to create the worshipful church, even though it lack grace of structure and dignity of ceremonial. And it is because the choir of which we write is not indifferent to this high function that they are enabled to contribute in no insignificant degree to the inspiring atmosphere of their church services. To Mr. Ferdinand Spoor has been entrusted the task of verse, he marshalling the musical forces of the qualities, Central Church.

From the very inception of the new building scheme he has wrought with patient and unflagging zeal, and his reward is that now he conducts a fairly well-balanced choir. In many respects he has proved himself an uncommon choirmaster. Not only is he conspicuous for his aptitude in the selection of tunes and special music, but his interest in the sermon is quite as pronounced as his interest in music, and he sets a rare example of reverence to all the members of his choir. In other departments  he also manifests a genuine concern for the progress of the church.

Nor is the Central Church less fortunate in its organist. Mr. Richard Curtis, the eldest son of one of our most worthy officials, presides over a rich-toned  instrument, and knows how to manipulate it. He has long since acquired the art of gripping an audience, and to his sympathetic  interpretation of the hymns must be attributed much of the excellence of our congregational singing. He displays a clear insight into their varied sentiment, and in depicting the light and shade of each particular verse, he discloses the organ’s finest qualities. It is not an uncommon experience to be reminded of Milton’s eloquent lines:—

“There let the pealing organ blow,
L’o the full-voiced quire below,
In service high and anthems clear,
As may with sweetness through mine ear,
Dissolve me into ecstacies,
And bring all heaven before mine eyes.”

Like the choirmaster, Mr. Curtis is one of the most familiar figures of the church, and is equally  devoted to its general welfare. In the personnel of its choir, the Central Church takes a justifiable pride. The majority of its members are deeply interested in music, and several have earned enviable reputations as special vocalists in the town and surrounding district. In various ways they have evinced a lively sense of duty to their church, supplementing the ordinary functions of a choir by innumerable special efforts in helping to diminish the heavy trust liabilities. In this way they have proved a great financial asset to the devoted band of enterprising trustees. Happily the ironical verdict which regards the choir as a most fruitful source of dissension finds scant corroboration in the Central Church. Interesting little rivalries there may be—doubtless are; but the spirit of amity has thus far prevailed. It is noteworthy that, with few exceptions, all are members of the church.

That all the musical talent in association with the Central Church is not confined to the choir has been already indicated. Mr. R.W. Lewis, the genial conductor of the Bishop Auckland Co-operative Choral Society, is both a member and an official, while Mr. W.T. Kirk, B.A., the popular schoolmaster of the Cockton Hill Council Schools, famed for his monologue recitals, is also a member of the church. And yet more recently its musical reputation has been still further enhanced by the advent of Mr. Jacob George, a musician of quite exceptional ability. His masterly recital on the occasion of Dr. Horton’s visit will be long remembered. Few organists are so well versed in the classic composers. He reveals a most intimate acquaintance with Bach, Mozart, Beethoven, Chopin, Wagner and kindred spirits, possesses a phenomenal memory for their masterpieces, and displays a power of execution that entitles him to an honourable place amongst the most accomplished organists. It is not surprising that he should be in constant demand, but perhaps his chief merit is the whole-hearted manner in which he employs his gifts in the service of his church.

The choir and its brilliant associates are thus exercising an educative influence upon the church and its community. They believe, what has been often affirmed, that “Man is musical because, in an infinite way, God is musical,” and that to those who listen the hidden soul of music will not be denied.

“God is its author, and not man; He laid
The keynote of all harmonies; He planned
All perfect combinations, and He made
Us so that we could hear and understand.’’