You are here: HomenextTopicsnextMusicnextCross Keys Choir 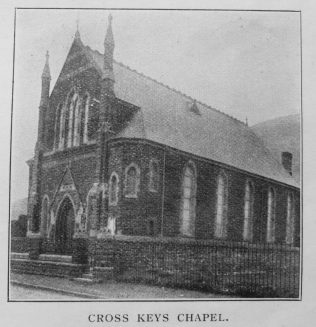 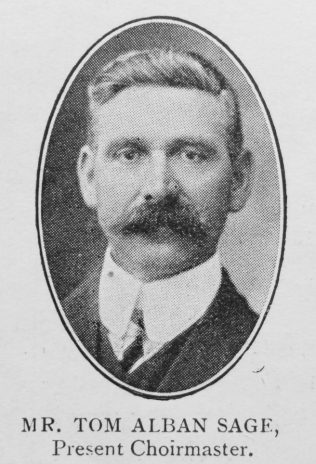 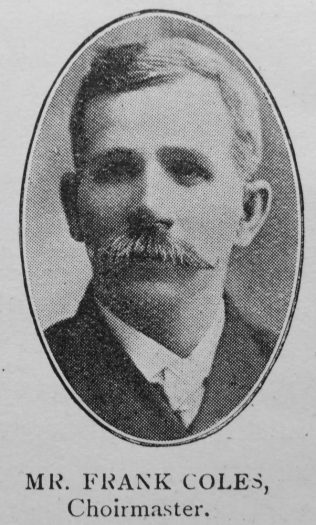 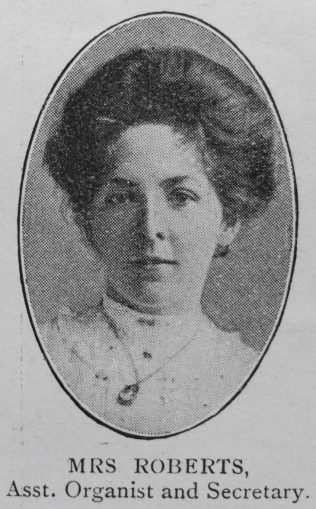 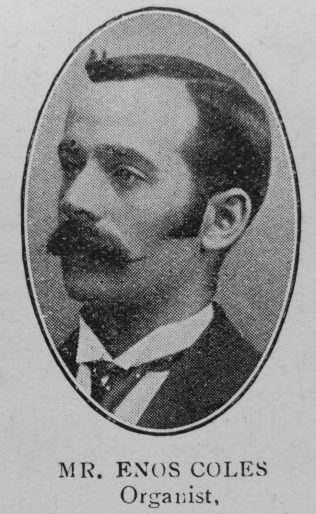 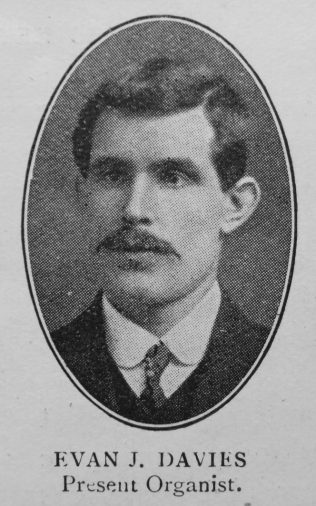 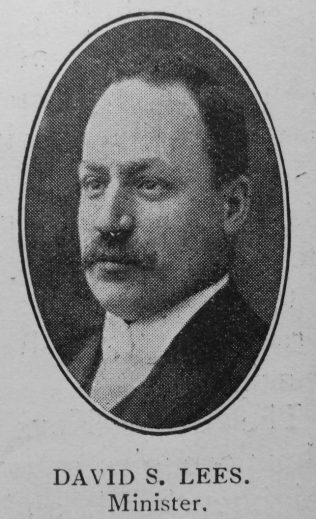 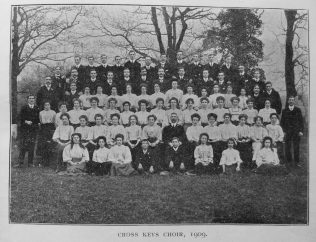 Transcription of article In the series “Our Choirs and Choirmasters” by D.S. Lees

CROSS KEYS CIRCUIT is situated midway between the Bristol Channel and the bare heights of Brynmawr and Ebbw Vale, in the most beautiful part of what is known as the Western Valleys, Monmouthshire. The Cross Keys Church stands near the junction of the Sirhowy and Ebbw rivers. The neighbourhood, though a colliery district, is one of the most pleasant and agreeable places one could desire, almost surrounded by wooded mountains bearing such euphonious names as Machen, Mynyddmaen, Twynbarlwm, and Mynyddyslwyn.

The inhabitants are a mingling of Welsh and English, and though the Welsh accent is very evident, Welsh is seldom spoken. In these valleys, naturally, great interest is taken in singing, and a spirit of healthy rivalry and competition exists between the various choirs in the neighbourhood. Concerts, Festivals, and Eisteddfodau are practically continuous the year round, any break there may be is taken up by the Sunday School Anniversaries, at which adult choirs take the principal parts.

The Cross Keys Primitive Methodist Choir occupies a conspicuous place in the neighbourhood, and on special occasions attracts great crowds by its singing.

The choir commenced when the church was built in 1880. At that time it was not large but possessed singers of merit and ability. The choirmaster at the time was Mr. W. Mountain, the organist Mr. J. Harvey.

A great misfortune befell the choir and church in 1880, when the terrible explosion at the Risca collieries occurred, 120 lives being lost, many of them members of the Church and choir. The loss had a depressing effect upon the singing of the church for many years, as both choirmaster and organist left the neighbourhood. Being thus deprived, Mr. John Collins, one of the trustees, undertook the duty of organist and leader of the singing until 1883, when Mr. Frank Coles was appointed choirmaster, and his brother, Mr. Enos Coles, organist. For thirteen years the brothers worked together, organising a good choir, improving the singing and by their special efforts providing pleasure for the people, as well as raising funds for the reduction of the heavy chapel debt. At this time the efforts of the choir were mainly confined to simple compositions, but a foundation for the future was being laid.

A few classical pieces were introduced, and a work entitled “The Prodigal Son, an Oratorio,” was rendered. The aim of the conductor was to supply easily mastered and pleasing pieces, and train the choir. Some of the compositions used at this time were by the choirmaster himself. In 1886 Mr. Enos Coles left for South Africa—his past services being suitably recognised by choir and school and a year later, Mr. Frank Coles resigned in favour of the present conductor, Mr. Tom Alban Sage. Mr, Evan J. Davies became organist, with Miss Williams (now Mrs. Roberts) assistant.

Mr. Sage is the son of an old and honoured local preacher, and brother of one of our  junior ministers. For a time he was conductor of Risca choir, but transferring his membership to Cross Keys, he soon became associated with the choir, and was appointed its master.

Under his able conductorship the choir has improved in ability and numbers. He has laid himself out to provide the best music, and has sought to qualify the choir for rendering it in the best style. The result has been an unqualified success. Choruses from the “Messiah,” “Elijah,” “St. Paul,” etc., have been effectively produced, and special selections such as “Babylon’s Wave,” by Gounod, “What are These,’’ by Stainer, “Radiant Morn,” by Woodward, and many others, have made a deep impression on those who have heard them sung.

In 1907, through the efforts of the writer, an orchestra was placed behind the pulpit, and the choir removed from the back of the chapel so as to be visible to the congregation. In 1908 a fine two manual organ by Messrs. Steele and Keay, of Burslem, was built, towards which A. Carnegie, Esq., generously contributed £125. The cost of the whole alterations, renovation, and organ was about £500, the whole being paid shortly after the opening services.

One of the finest efforts of the choir since then, was at the District Meeting in May, 1908, when the singing was of a magnificent order, and impressed the visitors in a manner never to be forgotten. The choir has often been urged to compete in various Eisteddfodau, but so far has refrained. They would undoubtedly take a high place. They are ever willing to render all the help. they can in connection with the Church, especially at the Anniversary and New Year. The Lord’s Prayer is chanted at the evening service and the Vesper sung. The choir is managed by a committee, of which Mrs. Roberts is secretary and Mr. Tom Paget treasurer, and all the officers, and nearly all the choir, are members of the Church.

Two names ought to be mentioned in connection with the choir of the past. The late Miss Sarah Sage—daughter of Mr. Hezekiah Sage, our patriarch, and sister-in-law of the organist—who was a  member of the choir and its chief soloist from its commencement until her death, Dec. 17th, 1904. Her voice was often heard in song, and always welcome. As superintendent of the Junior Sunday School she formed and conducted a juvenile choir, which gave several successful concerts. She was an ardent worker in the cause, her life was most exemplary, and her influence still abides.

The other name is that of Mr. William Jones, who was one of the pioneers of the church and choir. His example and devotion were an inspiration to others, and his efforts to encourage, helped largely in making their success possible.

The choir is now looking forward to carrying through the “Elijah” early next year. The task they have set has already begun. If, however, the same spirit of harmony and interest which characterises the past, continues to prevail, they have nothing to fear, but may confidently anticipate one of the great triumphs of their history.