You are here: HomenextTopicsnextMusicnextHarrogate, Yorkshire 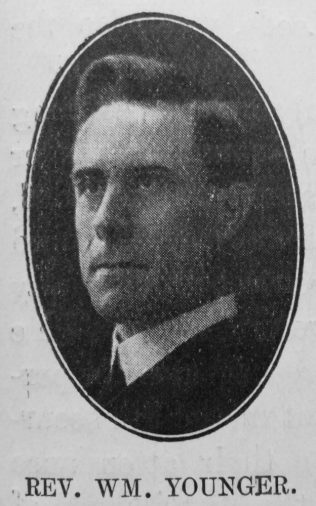 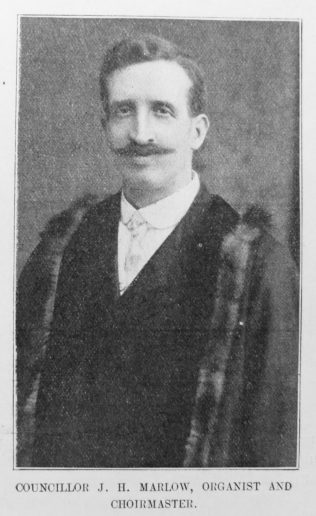 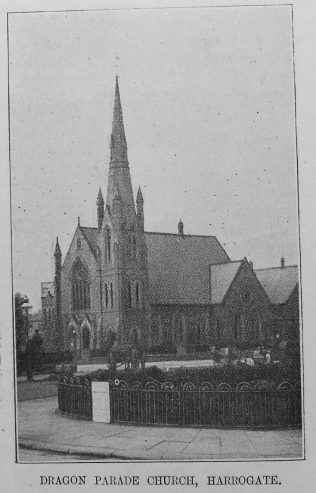 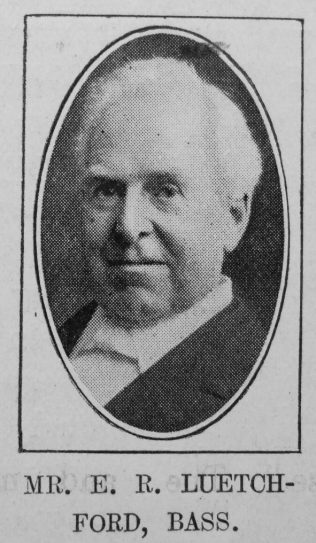 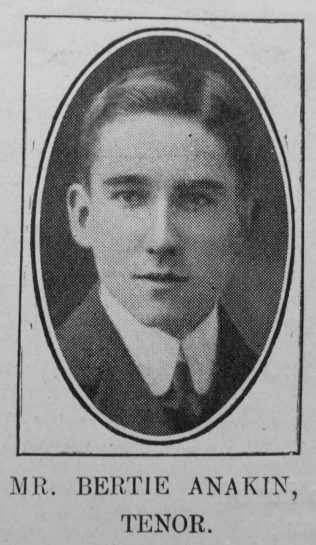 Transcription of an article published in the Primitive Methodist Magazine in the series “Our Choirs and Choirmasters” by W. Younger

THE Dragon Parade Church is now a well-known centre for Sunday worship to a large section of the citizens of Harrogate. It is quite customary to see within its walls Christians of all denominations, including members of the Church of England. There gather also persons of all shades of theological, economic and political belief, and the residents in cottage and suburban villa. The progress of the church is most marked, and it becomes more and more the resting place for large numbers in the struggle of life.

One of the secrets of this prosperity is that of the service which the choir renders. The choral part of the worship is unusually  effective. The subdued and intelligent interpretation of the hymns, and the fine blend of voices, constitute a real contribution to the service. An additional value springs from the fact that the choristers are almost all members of the church, and thoroughly devotional.

The choir, therefore, is an aid, rather than, as sometimes occurs, a hindrance, to worship. The congregation is prepared in their approach to God, for as the preacher ascends the pulpit steps, the choir sings an invocation verse, which is a fine mingling of praise and petition. An anthem of excellent quality is sung each morning and evening service. This is made possible by the regular attendance of the choir members. In many parts of our church the choir is conspicuous by its partial or complete absence on Sunday mornings. This is a serious drawback to worship, and ought to be remedied. The Dragon Parade Choir stimulates the attendance of the congregation by personal example. The efficiency and loyalty are the more remarkable in view of the fact that, with the exception of the organist and one soloist, the work is voluntary. There is among them a beautiful spirit of loyalty to the church, and herein is the explanation of their generous service. As some of them are trained singers, their disinterested service is the more delightful.

Another admirable feature is that they are reverent and quiet during the hour of fellowship. They are more than mere vocalists. This characteristic might be copied with advantage in many churches. The whisperings and “passing of anthems” during prayer is painfully common in churches. Then the interest of the members extends to the message of the preacher, for the discussion of the sermons is one of the most interesting parts of the conversation of many of them during the week.

Two efforts on behalf of church funds are always eagerly awaited. One is that of the rendering of  some great musical work on the Sunday afternoon of the annual Harvest Festival services. Among the works rendered during recent years are Stainer’s “Daughter of Jairus,” Bennett’s “The Woman of Samaria,” “Judas Maccabzeus,” and Mendelssohn’s “Hymn of Praise.” The church is always crowded at these musical services with a representative audience. The reputation of the choir enables the choirmaster to secure the assistance of some of the best singers in the town in the rendering of these works.

The other annual festival is the rendering of the “Messiah” on the Sunday afternoon which precedes Christmas Day. The writer has been privileged on two occasions to listen with delight to Handel’s immortal work. A most pleasing feature of the last Christmas festival was that the bass and tenor soloists were members of the choir, and the soprano and contralto principals were also attached to the choir until quite recently. It is quite safe to say that in no church in the town will these works be more finely rendered. From £15 to £20 is raised by these festivals each year, and handed over to the treasurer of the church.

The choir members also render excellent service to the church in many departments. Six are Sunday School teachers, and the young women who do not teach are almost all in the Young Ladies’ Sunday School class. Many of them remain on the Sunday evening in the prayer meeting.

Besides, when a bazaar is held some are among the best workers and donors. The secretary of the trustees, Mr. Holliday, until his recent removal to Leeds, was also the principal tenor.

The writer holds monthly Sunday evening services for young people during the winter months. These meetings are always crowded, and many young persons are reached who otherwise would spend these Sunday evenings on the street. One important method of securing their attendance is the distribution of advertising cards during the week, and part of this work is gladly undertaken by some members of the choir.

This magnificent contribution of choral and spiritual work is due partly to the late and present choirmasters. Until eighteen months ago Mr. Richard Annakin, who, with his family, removed to Southport, was the conductor, and he raised it to a high level of efficiency.

Councillor J.E. Marlow, who was the organist for many years, was appointed as his successor in the double capacity of choirmaster and organist. Though seriously ill for some months, he has done his best to make the choir efficient, and he has succeeded. He has won the affection of each chorister, and possesses the happy art of inspiring them to sing.

He is in every way well equipped for his work. He is a musician to his finger tips, and the writer has heard more than one expert declare that if he had devoted his gifts solely to music, he would have reached the front rank of organists. He has been for ten years the Secretary of the Harrogate Choral Society, which is the premier choral organisation in the district. He carries on a large and lucrative business in the main street of the town as Ophthalmic Optician and Surgical Instrument Maker. His gifts have also been signally recognised in two instances. He was appointed the master of the local Masonic Lodge, and for twelve months was the Provincial Grand Organist of the Mark Lodge of Freemasons in the West Riding of Yorkshire. This is a position which the most influential citizen in Harrogate would regard as a very high honour.

The citizens of Harrogate recognised his worth by making him a Councillor of the Borough two years ago. He will be a valuable acquisition in the management of civic affairs. The church is proud to have as choirmaster a gentleman held in such high esteem, and with such great promise of usefulness, if he is able physically to bear the strain of public life.

He will do great things in the church if God should spare his life. Kindly and courteous, generous and devoted, he finds his joy in ministering to the worship of God’s house.

His choral pupils are very much “attached” to him, and a minister could desire no more admirable young people to aid in the worship of the sanctuary, and in the future of the church at Dragon Parade they will fill a significant place.