awarded to Sam Holdsworth in 1924 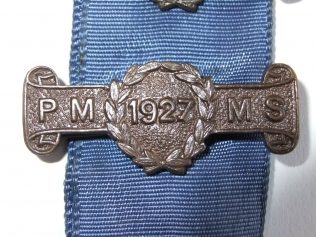 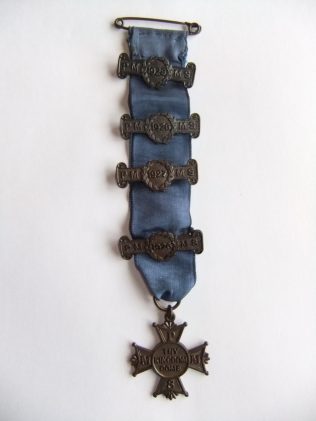 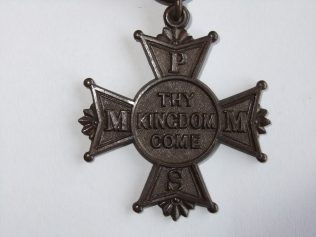 The very first PM Missionary Society medal was awarded to Sam Holdsworth, of Great Horton, in 1924.

‘From the Secretary’s Office’, Advance, February 1924

According to this report, it was in 1924 that the Young People’s Missionary Department decided that a special medal should be given to all collectors (16 years of age and under) who secured £5 and over.

‘The Book Steward has had struck a medal of striking appearance and design.  A day after the first lot came to hand, the Bradford 2nd Circuit made application for a medal for one of their collectors, and the unique honour of the first medal presented belongs to Sam Holdsworth, of Great Horton School in that Circuit.  We trust many others will be needed.  After the first year a ‘bar’ is added each year the collector obtains more than £5.  We hope Churches and Schools will make the presentation publicly and give full recognition to work and workers.’

By 1927, the first year in which a written report from the YPMD was printed, 474 medals had been awarded, and 204 bars had been presented.

‘All collectors (irrespective of age) of £5 or over in any one year are entitled to receive a bronze medal in acknowledgment, and a dated bar for each subsequent year of award.  The awards since the system was adopted have been as follows:-